A divisive traffic-calming measure with enough notoriety to grace T-shirts, bumper stickers, and yard signs around Decatur is one step closer to officially going away.

Hugh Saxon, Decatur’s Deputy City Manager, recommend earlier this month that a project budget be more than doubled for safety improvements along West Howard Avenue, a busy east-west corridor leading into the city, that would do away with Decatur’s colorful—and infamous—plastic street planters.

According to a September 20 memo, Saxon pushed to change a work order with master-planners and designers Landis Evans and Partners for improvements to an Atlanta Avenue railroad crossing project. The boost in funding—from $360,000 to $815,000—will come from a Special Purpose Local Option Sales Tax, or SPLOST, approved by Decaturites in 2017, according to Saxon.

The extra cash would allow Saxon’s department to expand the scope of designs to include permanent bike/pedestrian safety infrastructure, traffic calming measures, and landscaping along West Howard Avenue.

“This adds a major new streetscape and bike/ped element to the project,” Saxon wrote. 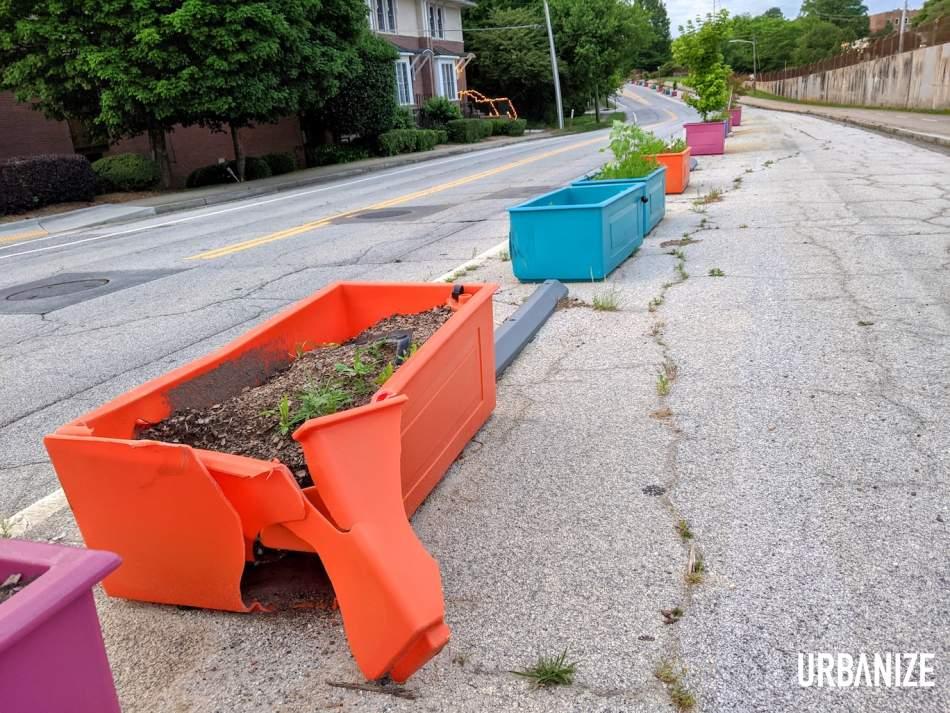 West Howard Avenue’s lane reductions and boxed plants debuted in August 2018—and immediately became a lightning rod for residents who considered them ugly, tacky, or restrictive. Others have applauded their traffic-calming effectiveness.

The nearly 200 planters, a buffer between zooming vehicles and PATH trail patrons, were never intended to be permanent. Following car collisions, several are busted today, with plants sadly wilting in many others.

The planters as public service—and a sendup of the classic Decatur logo. Huckmade.com

The additional funding would also allow for a full relocation of the hairy Atlanta Avenue railroad crossing—and for turning the existing crossing into a park space.

At this point, Saxon noted, the master planning process that had started three years ago has been delayed at least 18 months by the COVID-19 pandemic.

According to Decaturish, the Decatur City Commission has agreed to increase the budget for planning and design. All timelines for project implementation are pending. 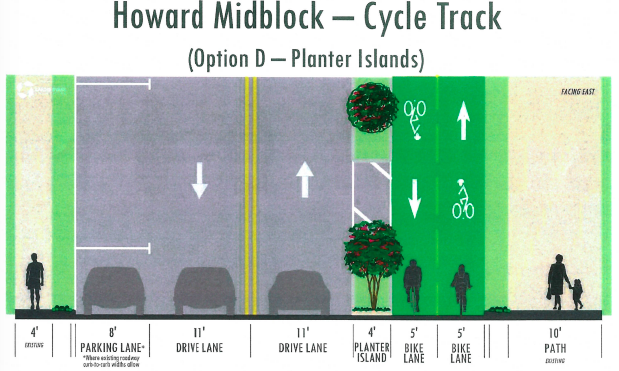 An illustration of the most popular, permanent concept developed during Re-Imagine West Howard sessions, per city officials. City of Decatur; Landis Evans + Partners

The changes could help make for a more pleasant non-driver experience between the downtowns of Decatur and Atlanta, as West Howard Avenue heading west becomes the pothole-riddled speed show that is DeKalb Avenue.