Call it the antidote to mom-and-pop moderns cropping up across Atlanta, a pandemic lockdown paradise, or the sort of geometric showpiece that pushes spatial boundaries, this recently listed home in North Buckhead is remarkable in many ways.

Sleek and sophisticated to the nines, the custom Wieuca Road dwelling counts 7,600 square feet of living space across five levels, each served by an elevator and containing no shortage of glass.

Staffan Svenson, formerly of Atlanta’s Dencity architecture firm, designed the home. Constructed by Cablik Enterprises, it was finished in 2018 and offered for resale for the first time this past weekend.

The location could be called relatively tucked-away but convenient. Ga. Highway 400 is just to the west—and beyond that, Chastain Park. Brookhaven’s Capital City Country Club is also nearby, though nonconformist digs like these might not appeal to the country club set. 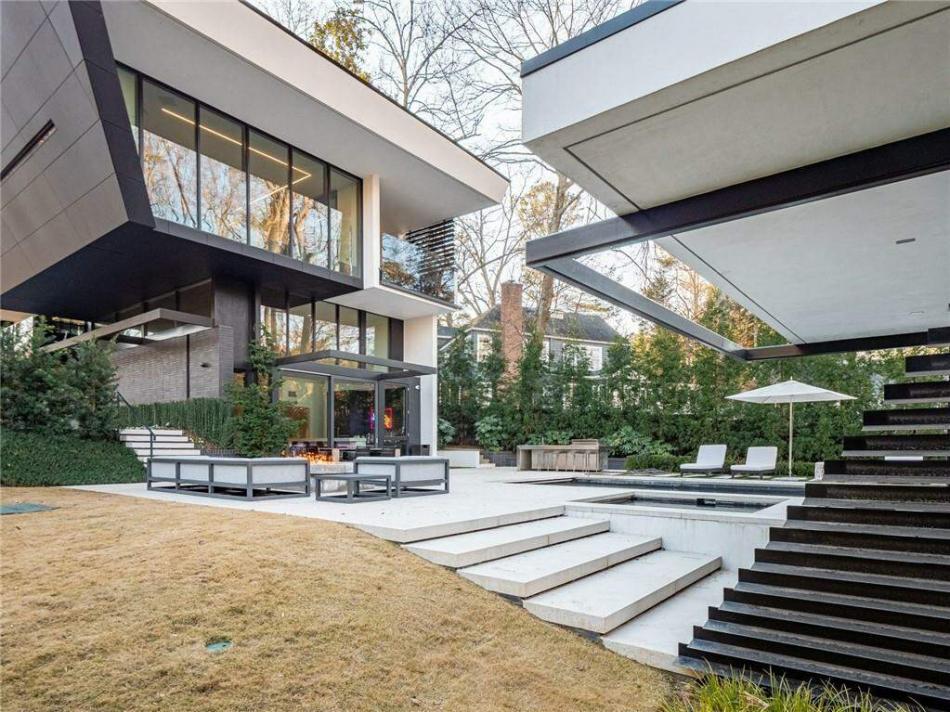 The $4.99-million asking price makes it the most expensive listing in North Buckhead at the moment—by more than $1 million over another modern palace planned for the same road.

Unlike a lot of grand contemporary statement homes, the property could qualify as a little kids’ utopia, with its basketball court, soccer field, sturdy playset, and bedrooms with cooler lighting than most children probably deserve. The cozy breakfast nook seems custom-made for doing homework.

Overall, the home counts five bedrooms and six and 1/2 bathrooms. Perks include a waterfall/infinity saltwater pool with a spa and unreal sunken cabana, a gigantic hangout space with a bar on the terrace level, an owners suite that covers an entire floor, and what could be the sexiest poker room/wine cellar in Atlanta. The listing accurately describes the grounds as “gorgeous.” 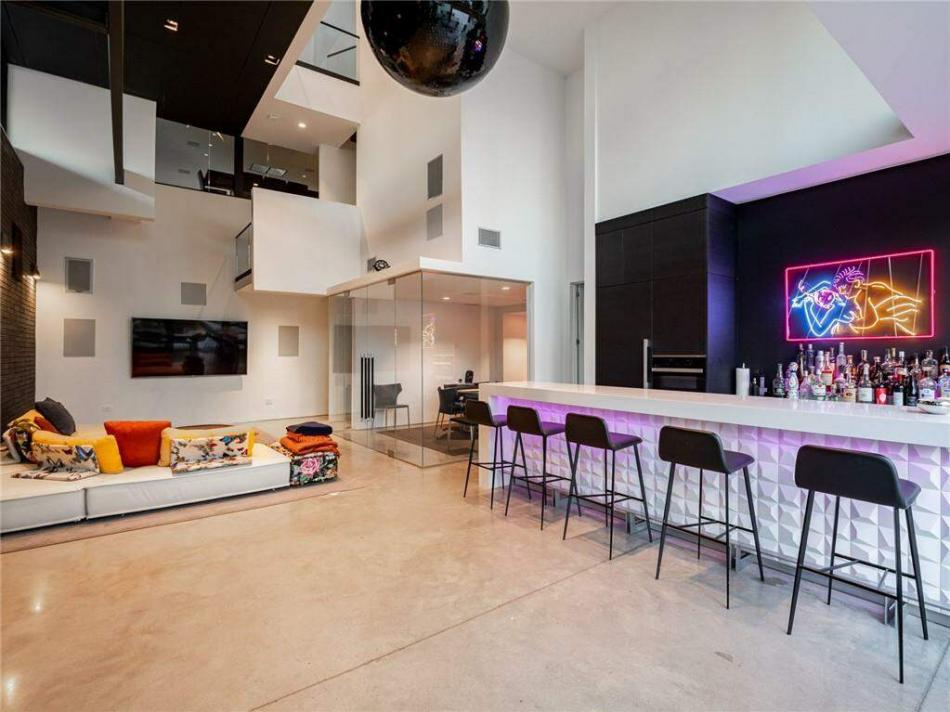 Bonneau Ansley, founder and CEO of Ansley Real Estate, holds the listing today. Take a quick tour in the gallery above.