Six years after developers announced that live music would make a comeback on Memorial Drive, operators of Atlanta’s newest music venue expected to christen it with two shows by a national act this weekend, but those plans have changed.

As part of its first tour in a decade, folk-rock band Bright Eyes was scheduled to play the inaugural shows on Friday and Saturday at The Eastern, a new 2,200-seat venue that’s an anchor tenant of Paces Properties’ factory redevelopment Atlanta Dairies.

Instead, the band has postponed several indoor concerts, including both Atlanta dates, citing “the complications of managing a large touring party during a pandemic.”

The Eastern still has a diverse slate of shows booked throughout the fall and remainder of 2021, with some dates scheduled as far out as October next year. The first show on tap is 99 Neighbors on August 27.

As COVID-19 policies change and evolve, The Eastern’s management plans to send updates to ticket buyers and the general public two weeks before each show, beginning in mid-August, says Trent Allison, director of sales at Zero Mile Presents, which operates the venue alongside AEG Presents.

“Obviously guidance is changing very quickly,” Allison wrote in an email to Urbanize Atlanta. “We’re keeping a close eye on those changes and adapting our policies to match.” 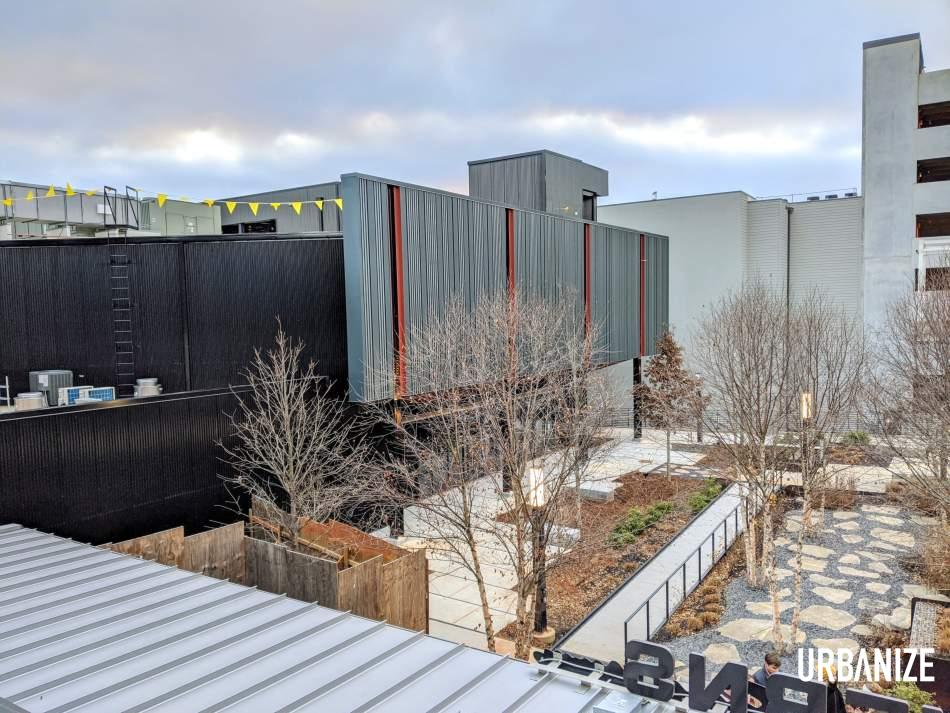 Topped by a bar, The Eastern is seen here from the upper-level patio at Three Taverns Imaginarium. Josh Green/Urbanize Atlanta

Allison says Bright Eyes will reschedule their shows at the Reynoldstown venue and that updates should be coming in the next few days.

When Atlanta Dairies’ management announced in April that The Eastern would finally open in a few months, it lent intown music lovers a ray of hope that pre-pandemic normality was on the horizon. After all, Memorial Drive hasn’t seen so much live music since the original Lenny’s shuttered.

Built from the ground up, the music hall joins Wonderkid restaurant, Cold Brew Bar, Three Taverns Imaginarium brewery, and a growing slate of retailers at the adaptive-reuse complex.

Like the brewery, the music venue overlooks the project’s communal The Yard and will feature a rooftop bar that’s accessible to both concertgoers and other visitors to the complex.

The lone image available that lends a sense of The Eastern's 2,200-capacity interior. Easternatl.com

With its Art Deco façade fronting Memorial and recognizable milk carton sign, Atlanta Dairies had a proud 60-year history in Reynoldstown. Following the departure of food and dairy company Parmalat in 2004, however, the facilities swiftly decayed.

Paces Properties initially announced plans for $125-million Atlanta Dairies in 2015, aiming to replicate the success of their Krog Street Market project, also located within a couple minutes’ walk of the BeltLine’s Eastside Trail.