On Thanksgiving eve in 2019, a two-alarm blaze described by Atlanta Fire Department officials as “fast and aggressive” tore through a 1925 building in Virginia-Highland that had begun life as the Colgate Mattress Factory.

When the flames cooled, Atlanta had lost a beloved, longstanding business—Paris on Ponce, a sprawling, quirky home furnishings showplace and events space—that never returned to the Va-Hi warehouse despite crowdfunding efforts.

Fast forward a year and 1/2, and construction fencing surrounding the damaged, 46,000-square-foot building suggests that something significant is afoot.

The building and its roughly 1 acre of land are owned by Atlanta-based Cartel Properties, a commercial real estate firm that’s helped shape the city’s urban redevelopment for decades and currently owns more than 100 properties around Atlanta. New signage around the former Paris on Ponce building bears the name Metro Green Construction.

Neither company has responded to Urbanize Atlanta’s inquiries about plans for the site. 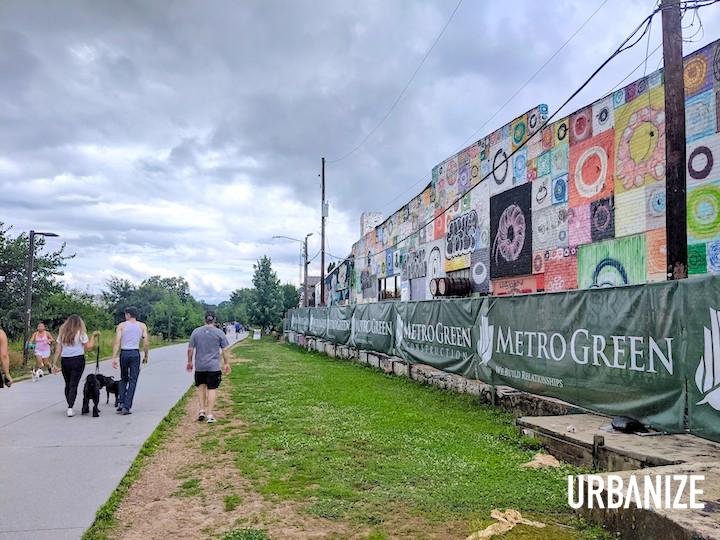 Permitting records show Cartel Properties was granted approval to erect a temporary electrical pole on site this month, but otherwise there’s no recent indication that construction or demo activity is pending.

With its 215 feet of BeltLine frontage, the property would qualify as beachfront in Atlanta development circles.

Renderings surfaced earlier this year for a dramatic, modern redevelopment of the site—but Cartel officials clarified that those drawings were merely conceptual and not under serious consideration.

In January, What Now Atlanta reported that Cartel was willing to redevelop the property, using insurance money from the fire that scorched most of the building’s interior and part of the roof, should the appropriate tenant come along. 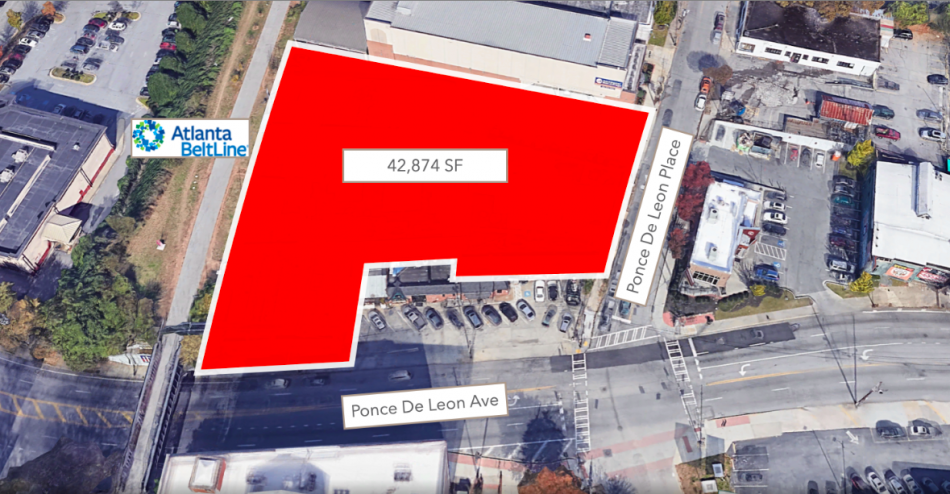 Paris on Ponce had operated at the 712 Ponce de Leon Place location since 1995.