In recent months, the latest metro Atlanta venture (of many) by Empire Communities has cleared five previously vacant acres and begun infrastructure work for a project that will mix for-sale condos with townhomes in the historic Blandtown neighborhood.

It’s called Empire Longreen as a nod to a half-acre public greenspace the company is planning to build along Booth Avenue as part of the development. A recent marketing push describes Longreen as “the epitome of cool” with a “tranquil environment,” “authentic vibe,” and modern aesthetic. Empire closed on the site in late 2020 and broke ground last year. 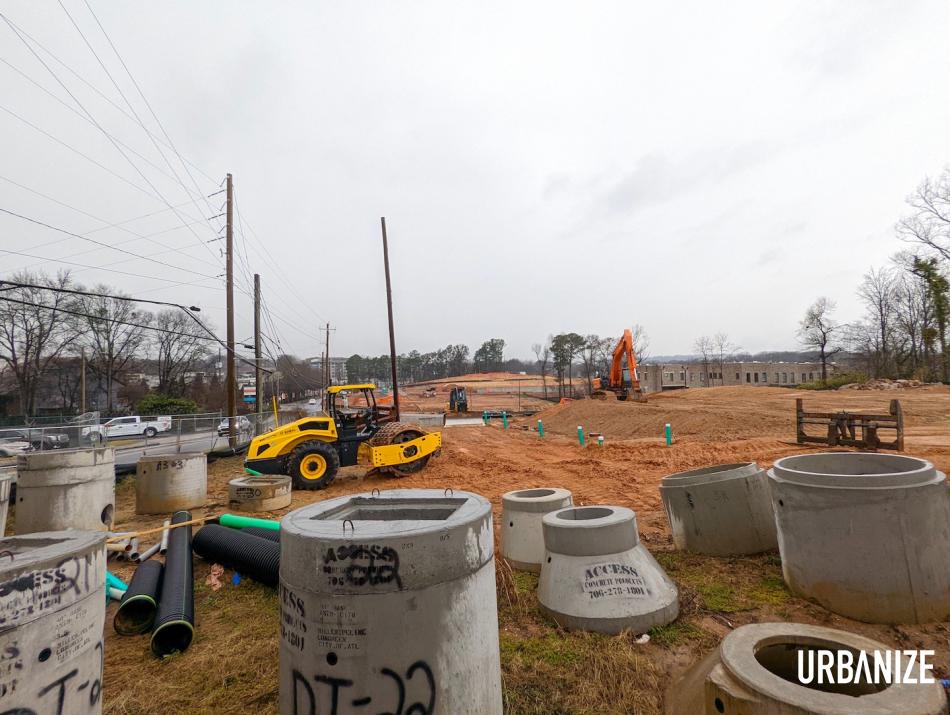 The scope of the 5-acre project along Huff Road, as seen this week. Josh Green/Urbanize Atlanta

The breakdown would be 152 condos and 27 townhomes, ranging from 600-square-foot one-bedrooms to more standard three-bedroom plans of about 1,800 square feet.

The three-block site is located just west of Howell Mill Road and about a block from the Goat Farm Arts Center. Another of Empire’s intown endeavors, Empire Crosby, is selling 69 recently built townhomes starting in the $400,000s across the street. 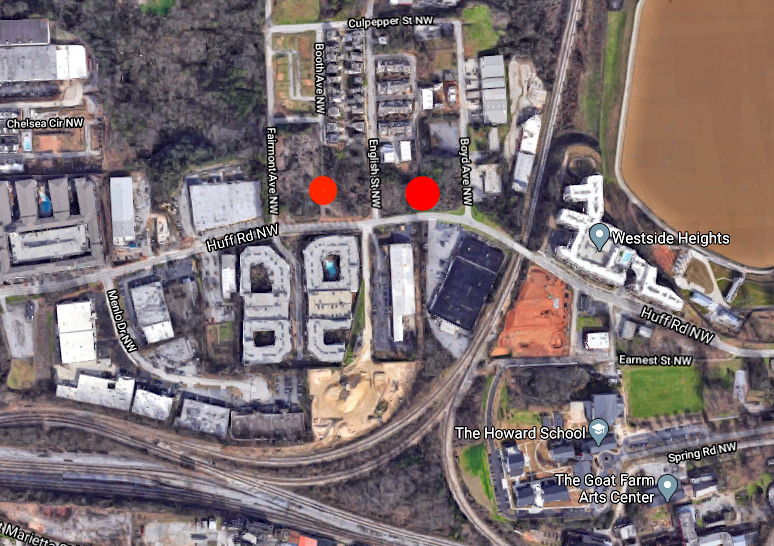 Condos and townhomes are in development roughly a block from the Goat Farm Arts Center, seen at bottom right.Google Maps

At the historic Goat Farm campus, Inman Quarter owner TriBridge Residential unveiled plans in 2019 for the addition of multifamily rentals, art studios, and some retail. That $250-million investment, now set to include The Museum of Contemporary Art of Georgia, showed signs of life with demolition and permitting applications filed last summer.

Other residential projects in the area include Brock Built’s West Town community (75 homes), Chelsea Westside (92 units), among other single-family and apartment builds.

In typical Atlanta fashion, transportation infrastructure has not kept pace with the area’s growth. A road-widening project that would make part of Huff Road three lanes with a center turn lane is scheduled to begin in a year. But for now, like nearby Howell Mill Road, it remains a two-lane thoroughfare with a single sidewalk for long stretches. 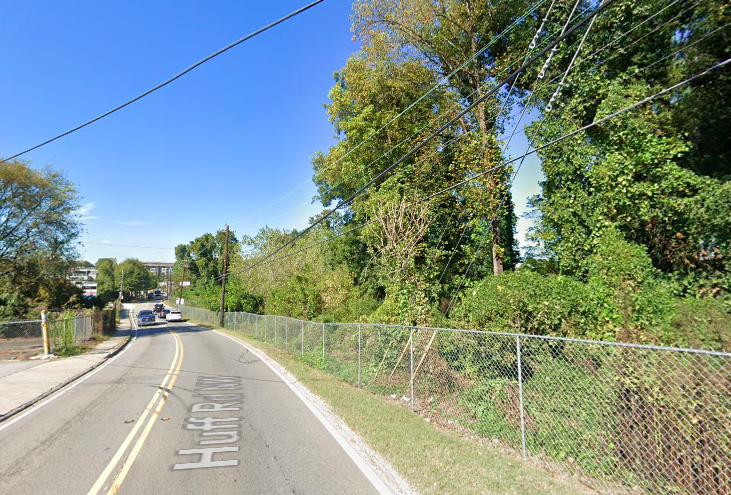 The vacant Huff Road site, at right, as seen prior to development in 2019.Google Maps

Elsewhere in Atlanta, Empire is building the Stein Streel project in Reynoldstown, the rainbow-hued Paintbox townhomes in Kirkwood, rental townhomes in the Pittsburgh neighborhood, the Lovetree project in Summerhill, along with active ventures from Buckhead to Boulevard Heights.

Have a look at the Blandtown site and plans in the gallery above.