The Edgewood Avenue nightlife strip was notoriously rowdy during the pandemic summer of 2020, and business owners and community groups are hopeful that closing the street with concrete barricades will help curb the problems and keep visitors safer.

But at what cost—if any?

The plans, as approved by the Atlanta City Council last month, call for barricading a one-block section of Edgewood Avenue on weekends between Boulevard and Jackson Street, meaning pedestrians would be free to walk and mingle in the street.

For the next three months, the barricades would be installed at 10 a.m. on Fridays and removed at 10 a.m. the following Monday. No through-traffic during the weekend.

Neighborhood organizations and Sweet Auburn proprietors have been asking for years for changes that would make the district safer for visitors, who are often forced to walk in the street by Edgewood Avenue’s slim sidewalks.

Problems with street racing, drag-laying, and unruly crowds heated the situation last summer—to the point that members of the Sweet Auburn Coalition were preparing to barricade the street themselves, until Atlanta police stepped in to help, following a particularly violent weekend, as 11Alive reports.

Still, some business owners reliant on daytime traffic have aired concerns that early shutdowns of the street this summer could impact their bottom lines. 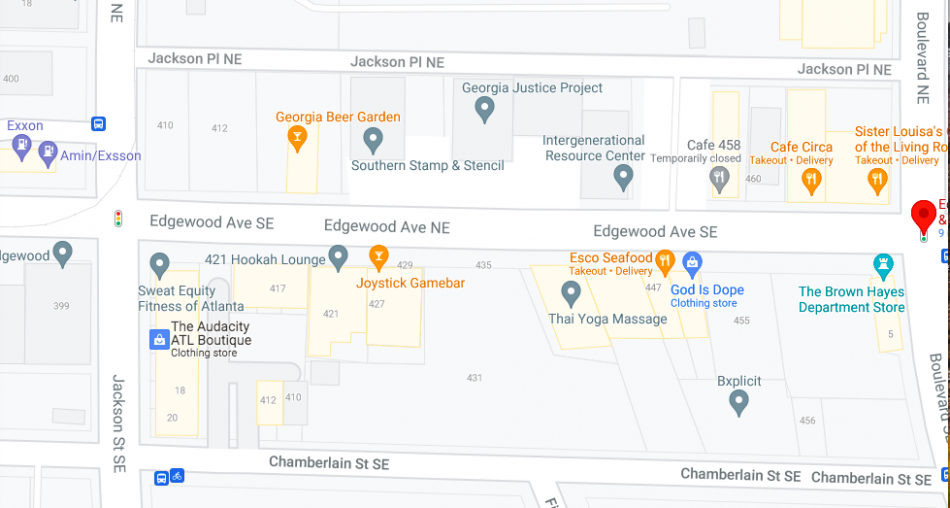 Along with shopping boutiques and restaurants such as Noni’s and Esco Seafood, the strip is home to popular nightlife destinations like Georgia Beer Garden, Café Circa, Joystick Gamebar, and Sister Louisa’s Church Bar.

“Business owners and residents have been lobbying the city to act for some time. These summer closures are meant to bring the situation under control in a way that improves the public welfare and strengthens the business environment,” Farokhi wrote in a recent constituent newsletter, as the AJC relays.

11Alive reports the initiative was supposed to begin over the Memorial Day holiday but didn’t. A reason for the delay wasn’t clear, per the news station.

Fox5 reports the street closures will now begin the second week of June.

The pilot program will continue until September 12, after which the city will assess how well it worked, or didn’t, in protecting pedestrians while keeping the corridor commercially viable.