One Southwest Atlanta community is set for an infusion of public art in hopes of boosting safety for MARTA riders, elementary schoolers, and all other pedestrians.

As part of its Asphalt Arts Initiative, Bloomberg Philanthropies has awarded the City of Atlanta a $25,000 grant to fund a “tactical walk lane” and other highly visible safety enhancements, city officials recently announced.

The colorfully painted additions will aim to increase sidewalk connectivity and pedestrian safety in a section of Adams Park just east of Cascade Springs Nature Preserve, creating a dedicated space for anyone accessing bus stops, schools, and area businesses.

The Atlanta Department of Transportation will use the grant money to fund a tactical urbanism concept, with a goal of making “quick, low-cost, and transformative changes in the Adams Park community, focusing primarily on Boulevard Granada,” per city officials. 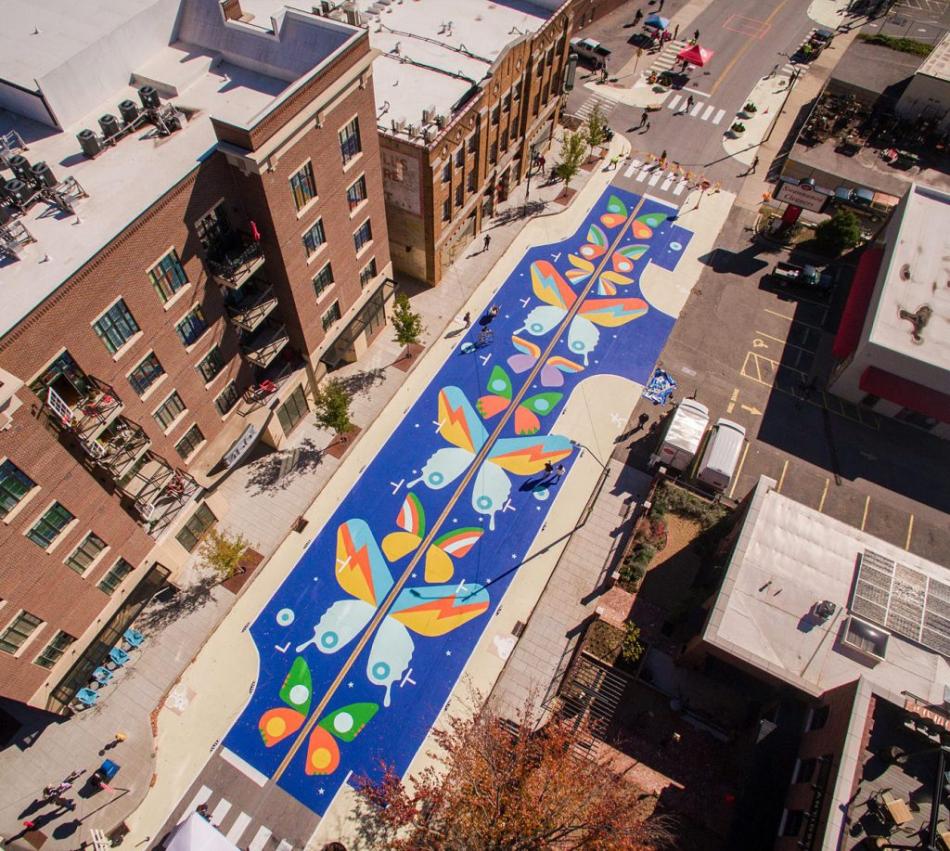 In Asheville, this butterfly street mural was created by Sound Mind Creative. Photo by Justin Mitchell, via Bloomberg Philanthropies

The artwork will connect two existing sidewalks that link MARTA stops, Cascade Elementary School, and local businesses together. Another component will be an artistic crosswalk where Cascade Road, labeled a high-injury network corridor, meets Boulevard Granada.

“We’re excited to create a beautiful space for Adams Park residents that will improve connectivity and access between neighborhood amenities,” said ATLDOT mobility planning director Betty Smoot-Madison in an announcement, “while also helping to calm traffic and speeding on this residential street.” 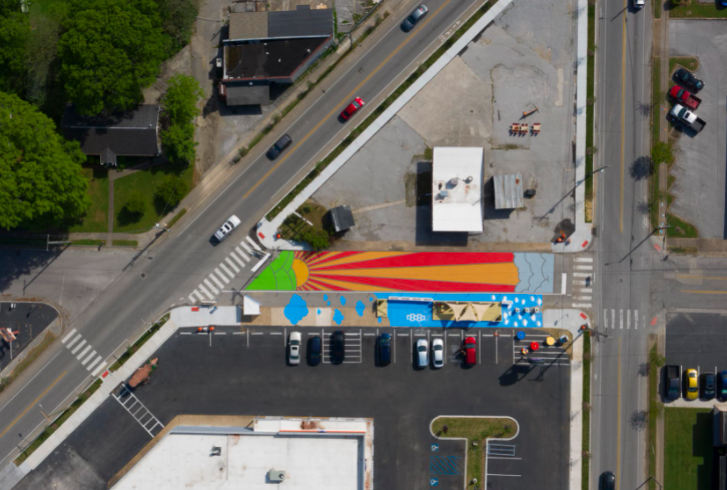 Atlanta joins 26 other U.S. cities in receiving Asphalt Art Initiative grants from Bloomberg Philanthropies for projects to be installed next year and in 2023. The concept was inspired by pedestrian safety and revitalization work during Michael Bloomberg’s tenure as New York City mayor, between 2002 and 2013.

The concept for Atlanta’s asphalt art won’t be available until 2022, but examples of other projects around the country are listed on Bloomberg Philanthropies’ website.

• DeKalb Avenue’s long-overdue fix is happening. Will it be enough? (Urbanize Atlanta)