City inspectors have taken action against a long-dormant Midtown project by a controversial developer that neighbors have decried as an eyesore in a high-profile location.

The City of Atlanta’s Office of Buildings filed a complaint last month labeling the Campanile Plaza building at 1155 Peachtree Street as an “abandoned project” that’s subject to code enforcement.

Campanile’s owners, Dewberry Group, began a renovation of the 21-story tower’s base floors in 2019, encircling a full city block in construction fencing while gutting lower floors and tearing out exterior common areas.

Construction ceased in early 2020, and little or no visible work has recommenced at the site. 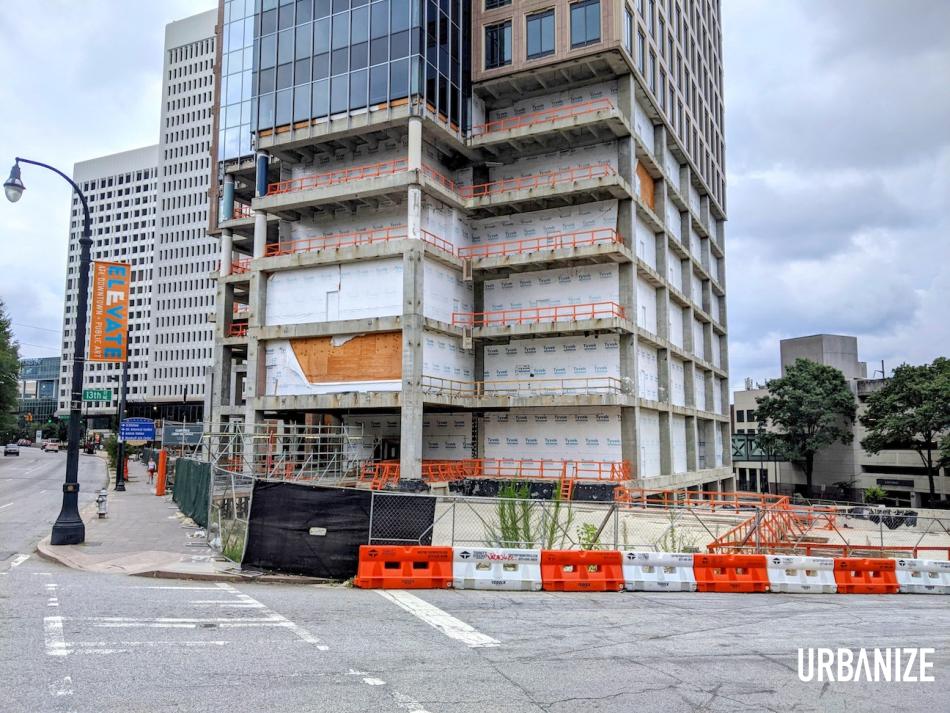 The southern section of the project, as seen in October, along 13th Street.Josh Green/Urbanize Atlanta

According to permitting records, the complaint against Dewberry Group—which is led by prominent Midtown landowner John Dewberry, who's been described by national media as Atlanta's "emperor of empty lots" for his willingness to sit on land and rebuff big-time offers—was filed by Interim Chief Inspector Tim Rehklau on September 27.

Multiple inquiries in recent weeks to Dewberry officials regarding the project’s status have not been returned.

In a conversation with Urbanize Atlanta this past summer, city planning commissioner Tim Keane said Dewberry had told the city he ceased work at the site after construction had begun because he was unsatisfied with designs and wanted to tweak them with a new architect.

That would require adjustments to permitting, said Keane, but no recent Campanile activity has been logged in city permitting records.

“I think overall, [the project is] a very good thing. They’re obviously trying to make an urban frontage on 14th and Peachtree [streets], and make it a little denser,” said Keane at the time. “[Dewberry’s] particularness about the design, I think, will pay off, but I know it’s frustrating that it’s not proceeding faster. I was hoping it’d be done by now.” 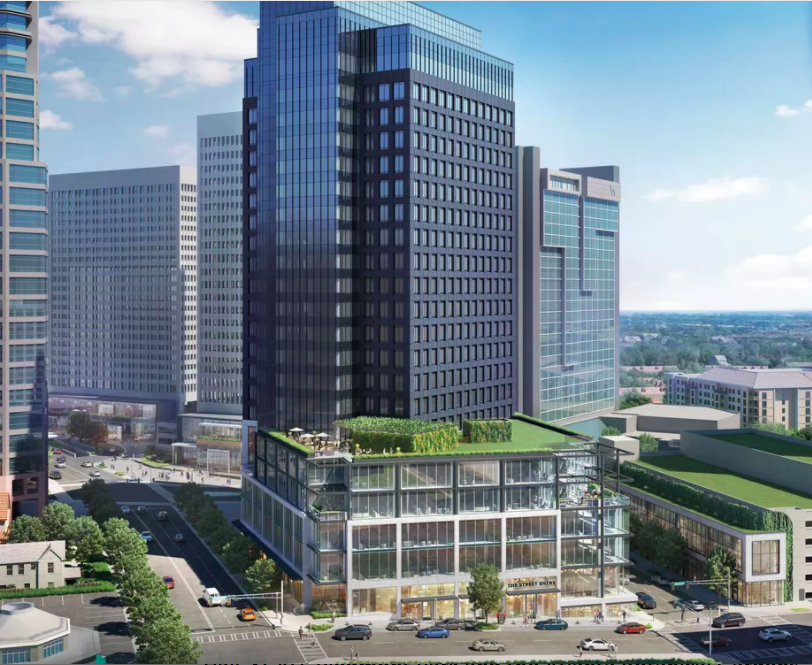 A design update at the tower’s base has been more than five years in the making.

The renovation calls for a 50,000-square-foot addition of two-story retail, plus modernized lobbies that Dewberry Group leaders feel could be among “the world’s most inspirational,” according to the company’s website. 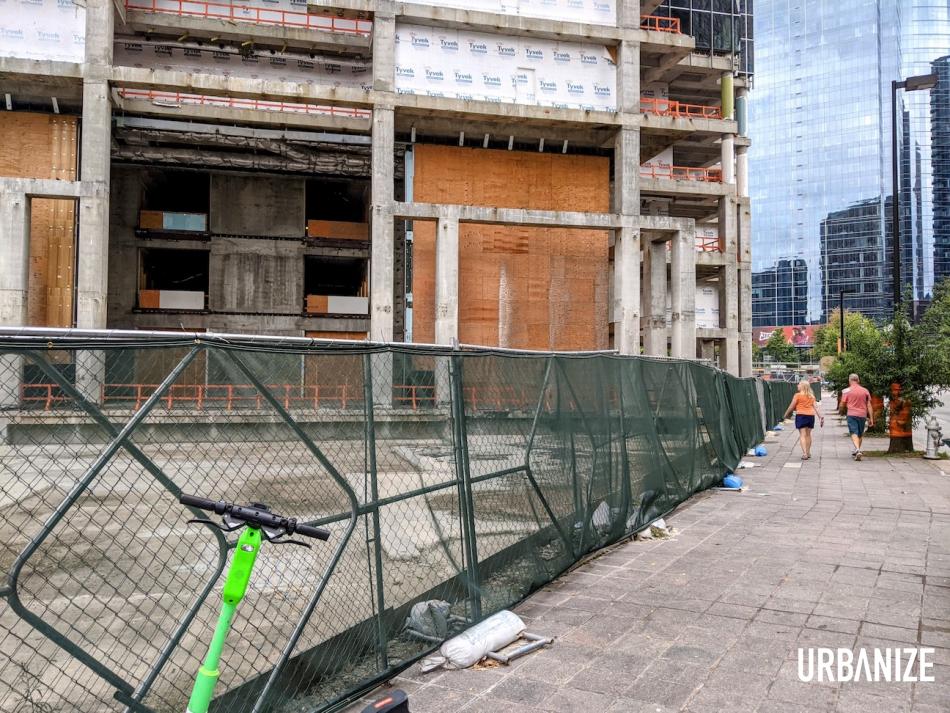 Dewberry Studio, the company’s design component, drew up the Campanile redo in partnership with Berkley-based Wong Logan Architects and architect Peter Logan of New York City. Plans originally called for the revised Campanile to debut this past summer.

Dewberry Group has also mused about adding a 22nd floor to the building, swelling the property to 665,000 square feet—good for Atlanta’s 17th largest office tower.

At this point, however, most Midtown residents we’ve heard from would settle for proper windows around the lower floors, at least in the short term.

As Keane noted, property developers in Atlanta can’t leave sites idle in perpetuity without facing fines or other repercussions, whether they’re redoing a porch or erecting a skyscraper. ​

“If they abandon it, and just leave it, it becomes a nuisance and subject to code enforcement action,” said Keane. “[That applies] to any property owner that has any construction of any scale going on.”