Anyone returning to Midtown for the first time in a while has probably had that surreal experience of turning a corner and seeing a new city, a high-rise wall unfurling down the street that wasn’t there before.

Midtown Alliance has lent context as to why that happens.

As part of a debriefing event last week, Midtown Alliance CEO and president Kevin Green presented an updated aerial rendering depicting what’s been built across the booming subdistrict in the past decade and what’s to come.

Across roughly one square mile, 57 buildings have delivered since 2010, with the majority of them classified by Midtown Alliance as “major” developments.

Eight of them have opened this year alone. 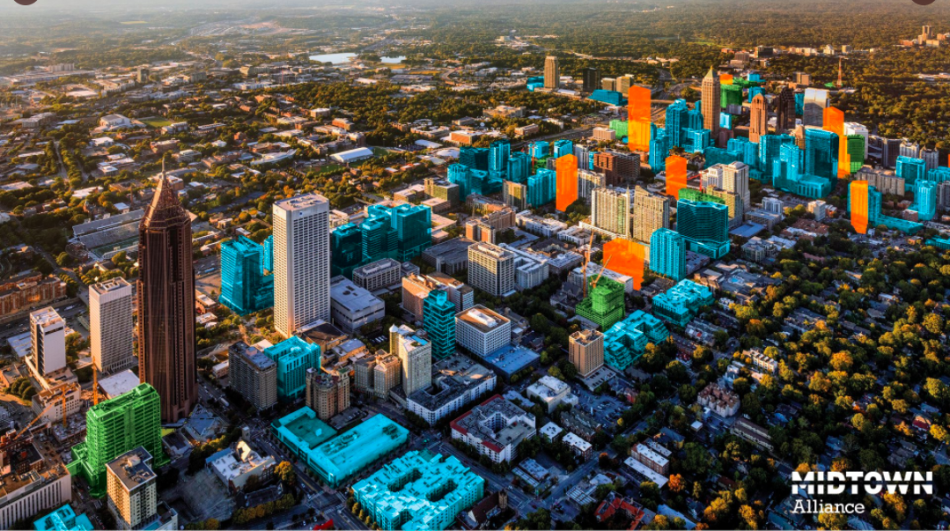 A graphic compiled by Midtown Alliance in December 2021 showing buildings delivered since roughly 2010 (blue), with others under construction (green) at the time, or in the development review process (orange) in Midtown alone. Midtown Alliance

The groundswell of investment in the once-sleepy district shows few signs of slowing.

Another 16 projects are under construction—including skyline-altering builds like Middle Street Partners’ 1081 Juniper towers—while another 10 buildings have cleared the development review process, according to Midtown Alliance.

In pandemic-addled 2021 alone, 10 projects have come before the Midtown Development Review Committee. If built as planned, they would bring nearly 2,000 more residential units, 60,000 square feet of retail, and more than 748,000 square feet of offices. 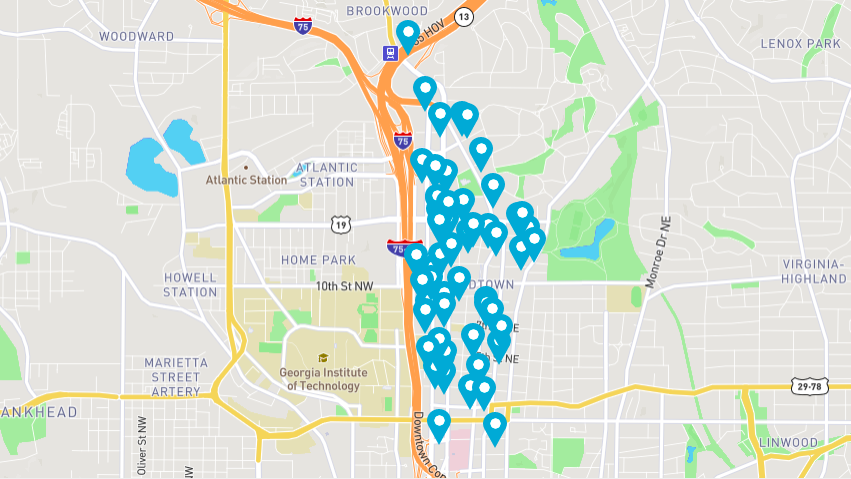 Where the bulk of Midtown's development has been concentrated the past decade. Midtown Alliance

To put those numbers in visual terms, Midtown Alliance color-coded buildings in a recent aerial photo and inserted approximations of where major proposals would stand.

As staggering as that visual may be, eagle-eyed observers online pointed out that it’s actually missing a few under-construction projects, such as Toll Brothers’ 36-story Momentum Midtown and Portman Holdings’ first residential tower in the city. (Labeling Selig’s curvy 1010 Midtown condos as a post-2010 delivery, and calling John Dewberry’s supposedly viable Campanile redo “under construction” could also be described as fast and loose.)

In any case, as the illustration clearly shows, Midtown is evolving at a rapid clip, and former surface parking blocks and low-rise lots have become dense urban scenes like these below, with more on the way: 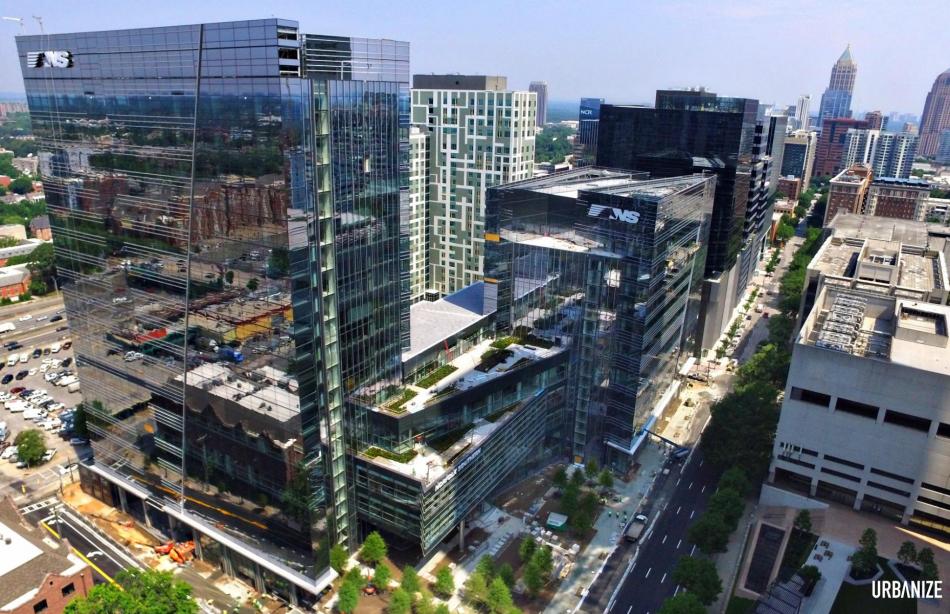 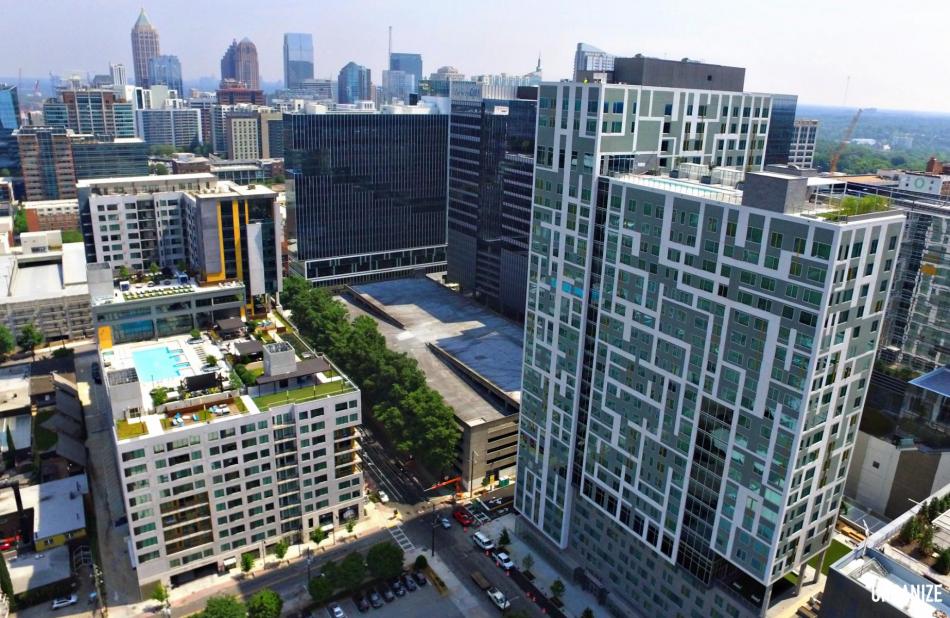