Buckhead’s front-line development arbiters have asked the company behind a large apartment project off Roswell Road to make it less insular and more in-tune with its urban, Buckhead Village surroundings.

Representatives for Camden Development on Wednesday brought plans for the next phase of the massive Camden community before the Buckhead Development Review Committee for SPI-9, a zoning district that covers a large part of Buckhead’s commercial area.

The overarching DRC message to developers was that Camden Andrews, as the third phase will be called, should do a better job of activating the street and creating a more engaging environment for not only residents but passersby in the West Village dining and shopping district that includes Andrews Square, Churchills, and Big Sky Buckhead.

The Camden Paces project has been under development for nearly a decade near the intersection of East Andrews Drive and Roswell Road, counting about 700 apartments and townhomes today. The next piece would bring 341 apartments in a 12-story building, positioned just west of Roswell Road. As proposed, the building would have coworking space for residents and about 69,000 square feet of exterior greenspaces—but no retail or other reasons for the general public to engage with the project. 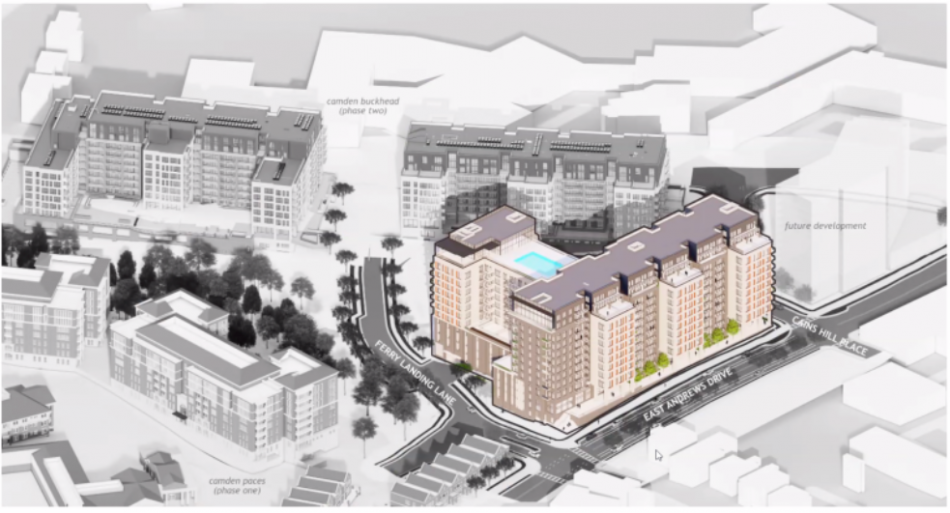 Where the 341-unit project would be slotted in the broader Camden Paces community, next to future development (at right) fronting Roswell Road. Camden Development; designs, Niles Bolton Associates

Buckhead DRC officials acknowledged that Camden Andrews would meet code requirements by adding leasing and coworking spaces in the building’s ground floor but noted those uses “are internal to the residents of the development and do not invite activity from the street.” As a possible fix, DRC members recommended Camden officials “explore inclusion of retail development in these spaces in an effort to create a more truly engaging street level that benefits the broader district,” according to a Livable Buckhead recap.

Plans call for 50 spaces for bicycle parking, along with 490 vehicle spaces in parking decks. The committee recommended developers keep electric bicycles in mind—in terms of power needs and storage considerations for heavier bikes—as the modes of transportation “are quickly gaining popularity in the community,” per the meeting recap.

Elsewhere, developers are seeking a variation to build a 12-foot retaining wall facing East Andrews Drive where the site slopes down—far higher than the 30 inches allowed—next to a large staircase. DRC members gave that request their blessing, provided the wall is “aesthetically pleasing to pedestrians with the incorporation of artwork (preferred option) or potentially landscaping” and not signage for the building.

A request from developers to set the building back from the street about five feet farther than the allowable 20 feet was not green-lighted by the DRC. 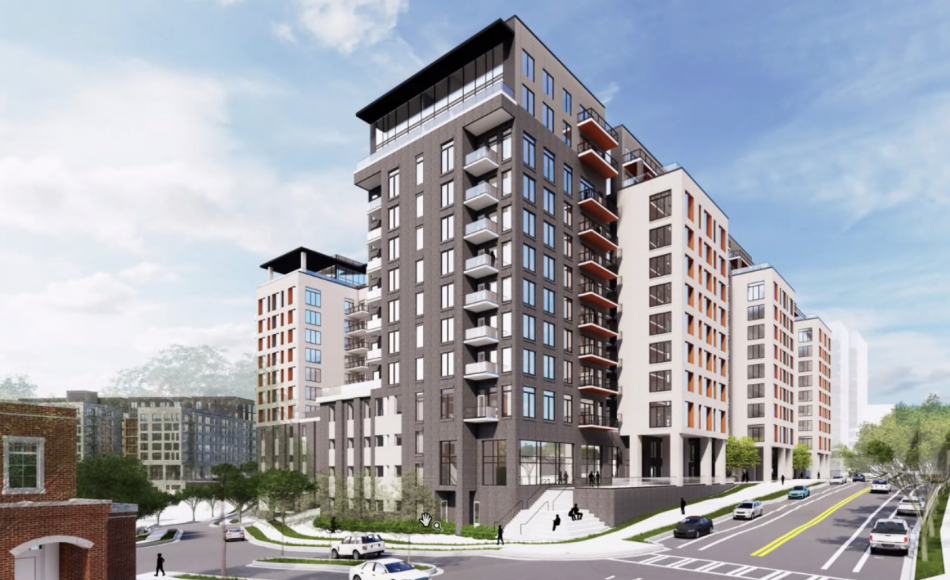 The building, as drawn up by the Niles Bolton Associates architecture firm, would be designed as an anchor between two new streets that intersect the recently opened Camden Buckhead apartments on Roswell Road and yet another future development to the east, at the very corner of East Andrews Drive and Roswell Road.

A private rooftop amenity space will aim to capture Buckhead skyline views, while a “predominant glass and masonry exterior” and terraced building massing will strive to “strengthen the architectural character of the Buckhead Village,” per the developer's Special Administrative Permit application. 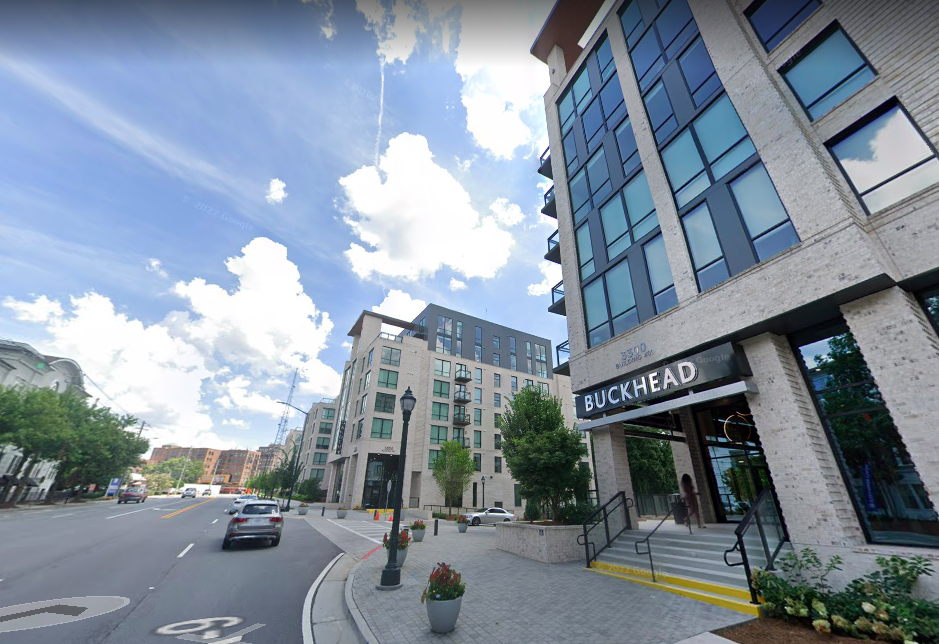 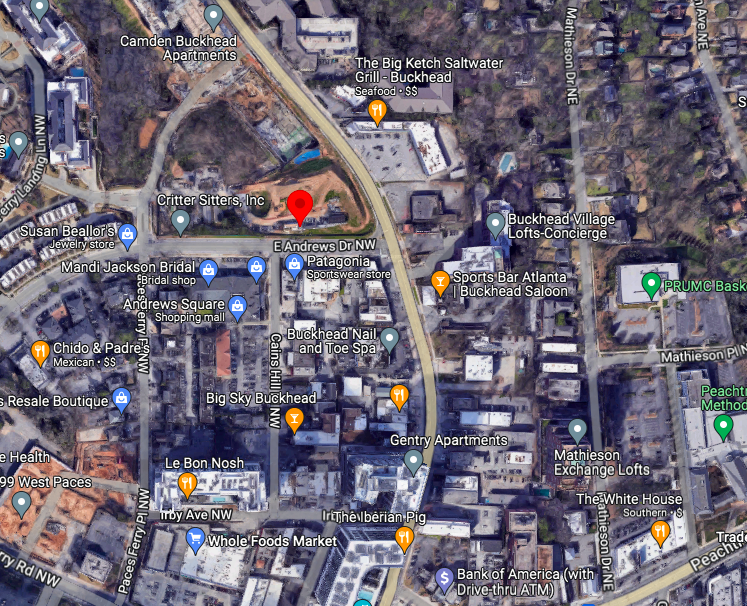 Plans call for a mix of 41 studios, 204 one-bedroom, and 96 two-bedroom units, with none reserved as workforce housing. The DRC recommended Camden officials work with Livable Buckhead to “participate in an employer-assisted housing subsidy program,” as more housing in the district is needed.

Unless significant design changes are made, the DRC doesn’t expect to see Camden Andrews plans again before they move on to the City of Atlanta’s Office of Planning.