As the end draws nigh for Atlanta’s second most famous nicknamed Kroger, arbiters of Buckhead development are asking that its suburban-style shopping center feel as urban as possible without wiping the slate clean and building anew.

The Buckhead Development Review Committee recently parsed Regency Centers’ plans to overhaul Piedmont Peachtree Crossing, a U-shaped shopping center around a core of surface parking in the shadow of the subdistrict’s tallest high-rises.

Regency officials have previously said they plan to raze the 1970s Kroger that anchors the center—Disco Kroger, as named decades ago for the rollicking nightclub next door—and replace it with a different big-box grocer that has yet to be named.

Buckhead DRC gave its stamp of approval to Regency’s plans overall, but not before requesting changes that could make it more inviting for non-drivers. 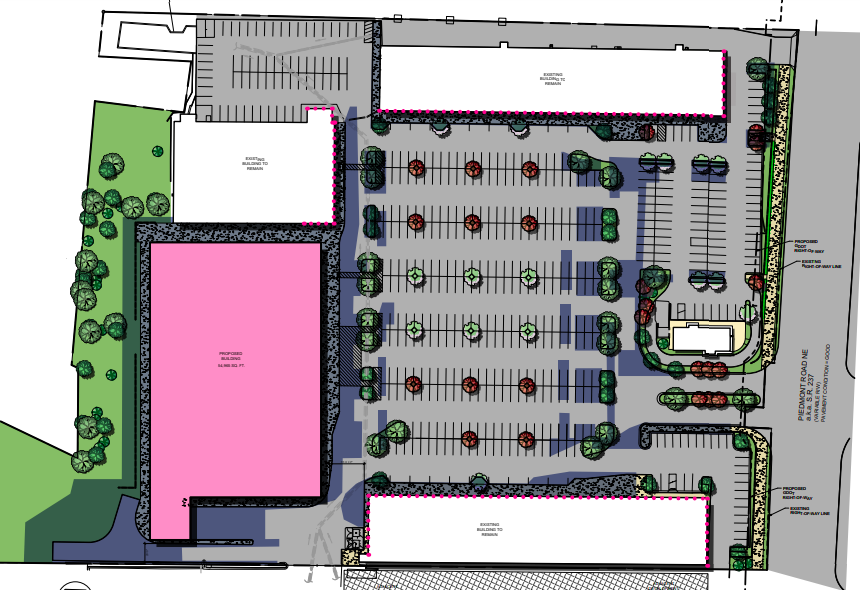 Most notably, committee members urged the development team to explore a “direct and protected east-west pedestrian connection” between Piedmont Road and the forthcoming grocer.

As is, plans would require anyone on foot to access the grocery store by crossing a section of the parking lot and walking along the frontages of existing retail buildings.

The committee also pressed Regency’s reps to specify exactly where bicycle parking would be located on site—and to include electric-vehicle charging stations in “priority locations.” 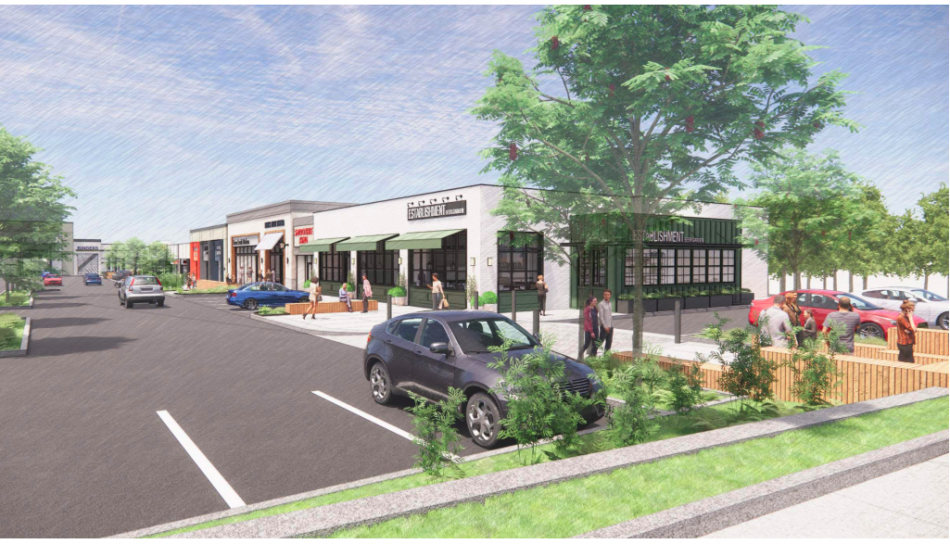 The developers were also encouraged to pursue LEED energy standards for buildings and provide recycling receptacles throughout the 11-acre site.

Pending significant changes, the DRC members don’t expect to review the redevelopment plans again before they head to the city level for approval, according to a Livable Buckhead recap.

No timeline for construction has been specified.

Disco Kroger was the first in Atlanta to have a moniker stick, and it outlived the city’s most famous nicknamed location, the original Murder Kroger, which was replaced by BeltLine-adjacent development in 2016.