Plans are brewing to breathe new life into a pair of vacant structures that have grown long-in-the-tooth in central Buckhead.

Located at 3121 and 3125 Piedmont Road, a block south of Peachtree Road, the former restaurant/residential structure and an office building that shares the same parking lot are damaged, according to plans submitted to Buckhead’s SPI-9 Development Review Committee.

Other landmarks in the area include Greek restaurant Kyma and the newer location of Fogo de Chão Brazilian Steak House to the south, and Red Pepper Taqueria just to the north.

Architect Robb McKerrow of the r*development firm is scheduled to present plans to the Buckhead DRC on Wednesday for renovating and expanding the properties where Piedmont Road meets Martina Drive.

Records indicate the properties sold to an LLC called Partina Land for $3.75 million in August 2020. 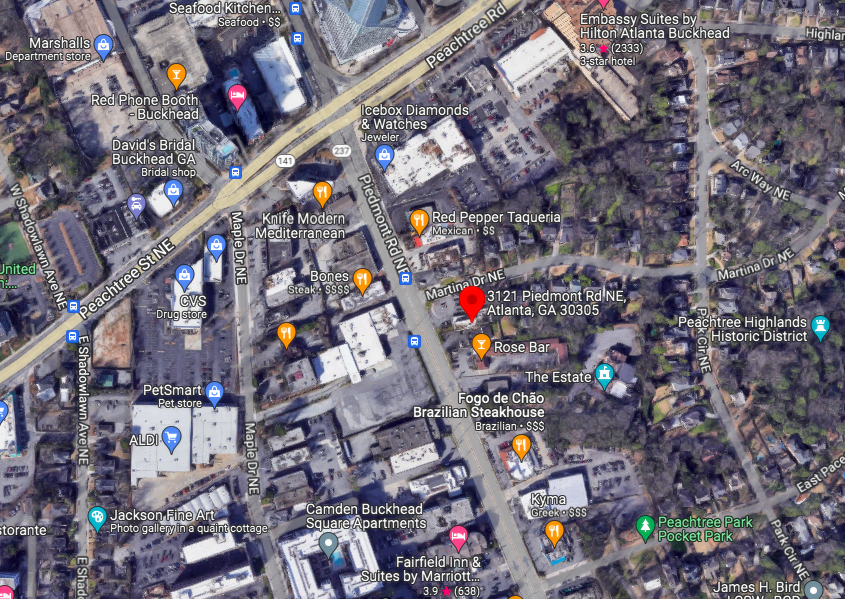 The location of the two properties in question, just south of Peachtree Road in central Buckhead. Google Maps 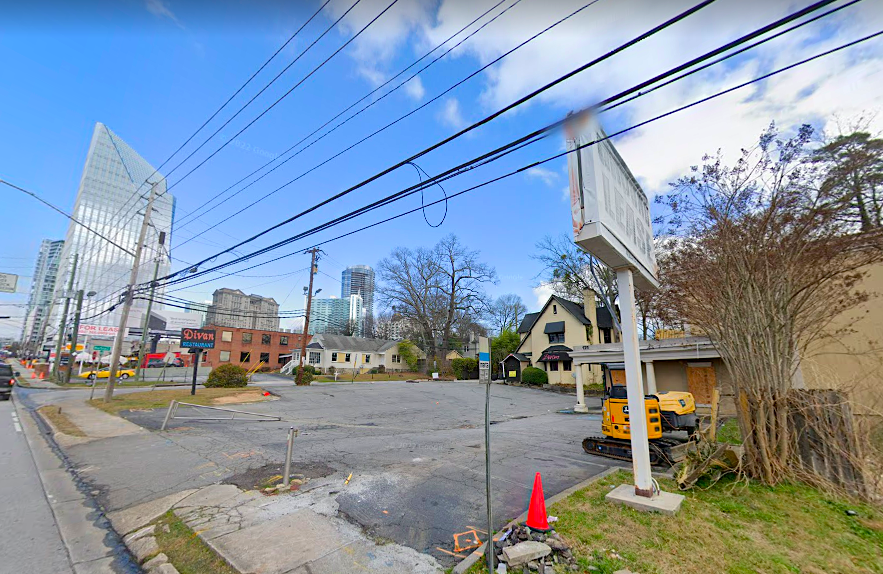 The 3125 Piedmont building—a former home, constructed of brick—housed popular Persian restaurant Divan for 16 years, before it uprooted to Midtown’s historic Castle building on 15th Street about a year ago.

Adjacent to the former restaurant, the 3121 Piedmont Road structure was formerly called the HRS building but has been abandoned for many years. It’s suffering from water intrusion from both the roof and foundation and has also been stripped of its copper, according to the application. 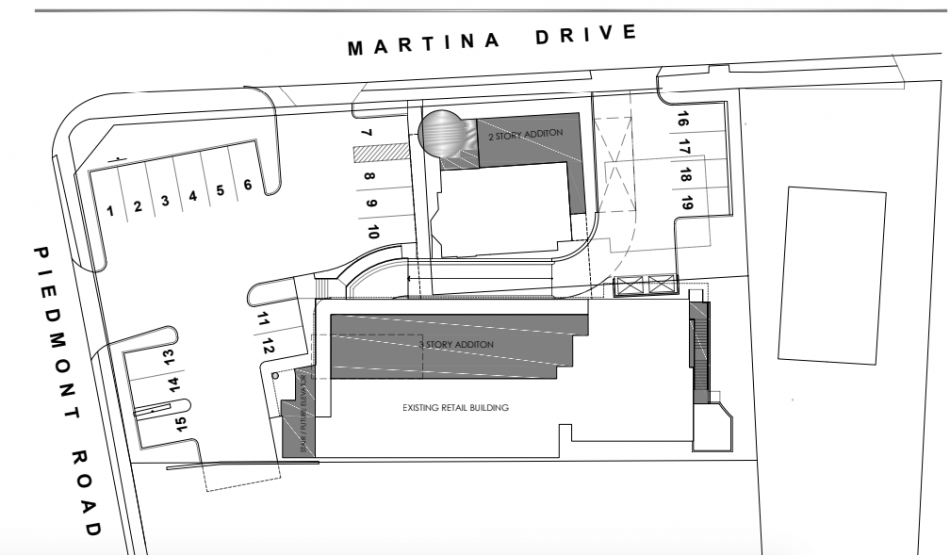 Site plan for proposed building expansions and functionality of the lot. r*development; via Buckhead DRC

The proposed renovation calls for fully reconstructing that building and expanding it, while excavating the basement for underground parking.

Plans call for converting the building to a multi-tenant space geared toward professional services and boutique retail.

Renovations of the site beyond the buildings will include “a reconfigured parking plan, new curb, gutter, sidewalks, circulation improvements, and full landscaping,” per a Buckhead DRC agenda.