Westside Capital Group has purchased The Lofts at Twenty25—a 16-story landmark on Peachtree Road known for decades as the Darlington apartments—for $136 million, or roughly $218,000 per unit, according to company heads.

The residential tower was built in 1951 and fully renovated last year to offer what Westside officials call an “upscale, experiential living experience” near the junction of Buckhead and Midtown, plus several thousand medical jobs. Rents are relatively low by Buckhead standards, but floorplans could seem tight for space-loving Atlantans. 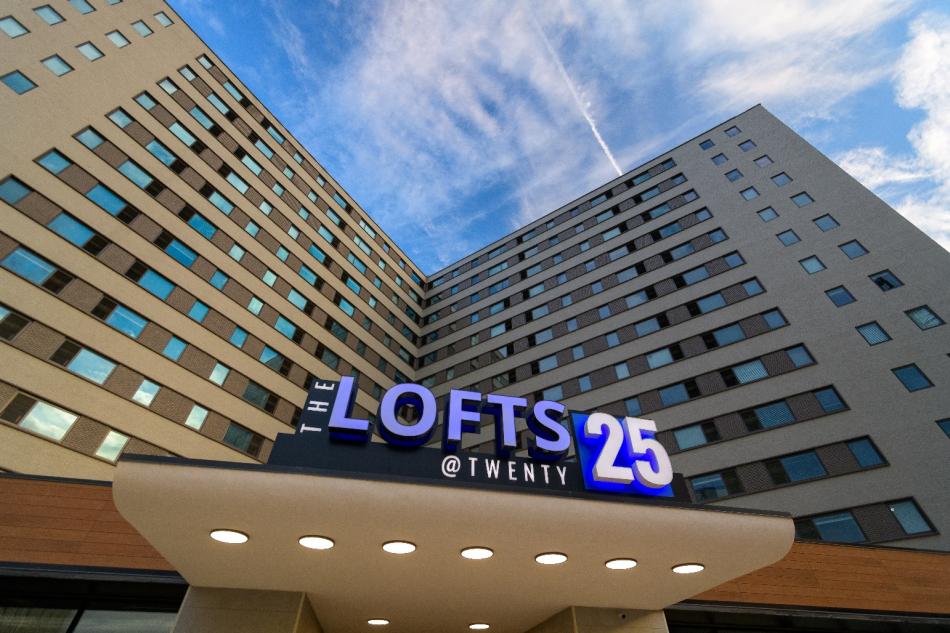 The 1951 building's renovated facade, as seen in the 2000 block of Peachtree Road today. Courtesy of Westside Capital Group

“We believe in the Atlanta market, and in particular Buckhead and Midtown as urban walkable centers that have become top gateway submarkets with great employment options, various urban amenities, and walkability,” Jakub Hejl, Westside’s founder and president, said in a recent acquisition announcement. “The Lofts at Twenty25 is a unique multifamily asset that will offer a luxury lifestyle at relatively affordable rents compared to other alternatives in the marketplace.”

According to the building’s website, rents at The Lofts at Twenty25 now start at $945 monthly for 450-square-foot apartments. (That’s about $100 more expensive than rents posted a year ago.) On the higher end, 600-square-foot options top out at $1,875.

All apartments in the 600-unit building have one bedroom and a single bathroom. Rentals at each size are listed as being available now.

Building amenities should check many of the boxes for today’s most demanding renters. 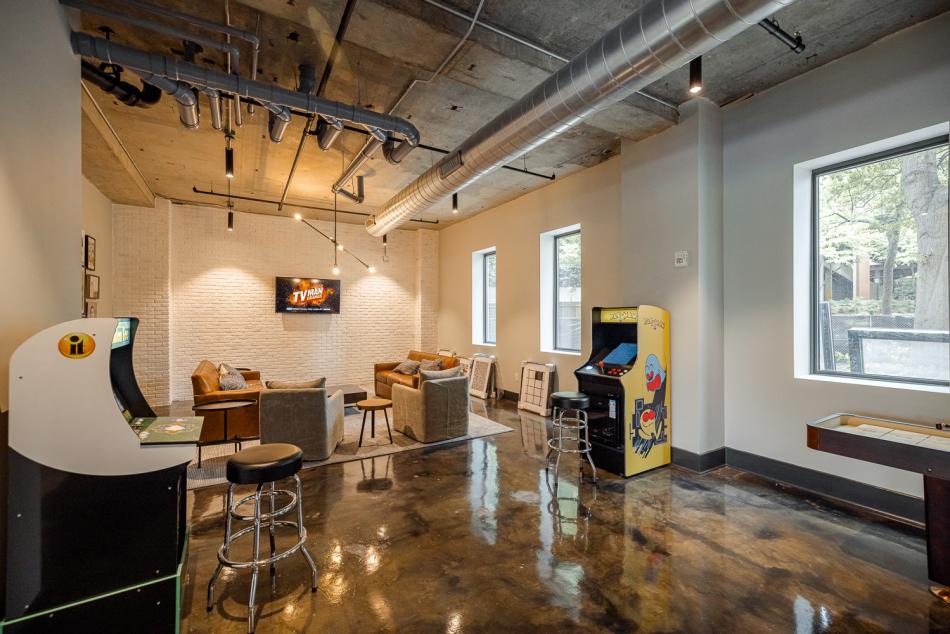 Inside the billiards and game room. The Lofts at Twenty25

Across its seven-decade existence in Buckhead, the brick-built Darlington apartment tower was known for the famous “Atlanta’s Population Now” sign out front, being the longtime home of novelist Pat Conroy’s father (the inspiration for The Great Santini), and for its status as one of Buckhead's last bastions of true affordability. Although, more recently, the tradeoff for cheaper rents was the building’s reputation for disrepair and seediness.

Sandy Springs-based Varden Capital Properties took on the $40-million makeover and rebranded the cruciform property. (Earlier talk of converting the Darlington to condos that would simultaneously be luxury and affordable didn’t materialize.)

The Darlington’s former residents—most paying rents less than $800 monthly—were removed in fall 2018, a year after VCP had bought the aging complex for $30 million.

Beyond Atlanta, Westside owns roughly $1.2 billion in multifamily and mixed-use assets and land across Florida, Georgia, and Alabama, with about $3 billion in its development pipeline, mostly in Florida. Have a closer look at the company’s first ATL asset—and what “relatively affordable” Buckhead luxury entails—in the gallery above.