[Note: Updated listing photos of this property have been added to the official listing.]

Tucked off Peachtree Dunwoody Road, near Capital City Country Club, this custom home marketed as “a triumph of architecture and craftsmanship” is aiming to notch the new sales record for Historic Brookhaven.

You’ll have to use a bit of imagination, as the seven-bedroom Vermont Road dwelling wasn’t quite finished when listing pics were taken. But you get the gist that moderation isn’t the intent here—hello, marble pet spa in the mudroom!—which isn’t to say the Junger Homes project smacks as ostentatious on a street chockfull of estates.

The “modern masterpiece” listed last month for $6,475,000, counting a façade of two-story limestone columns in front and a heated PebbleTec pool in back, near the cabana. It’s situated on a .6-acre lot within view of Buckhead high-rises.

That price, as listed with Patti Junger of Dorsey Alston Realtors, would buy a nearly 9,500-square-foot house with seven bathrooms (plus two-half baths) across three levels, each served by an elevator and handsome, floating central staircase. 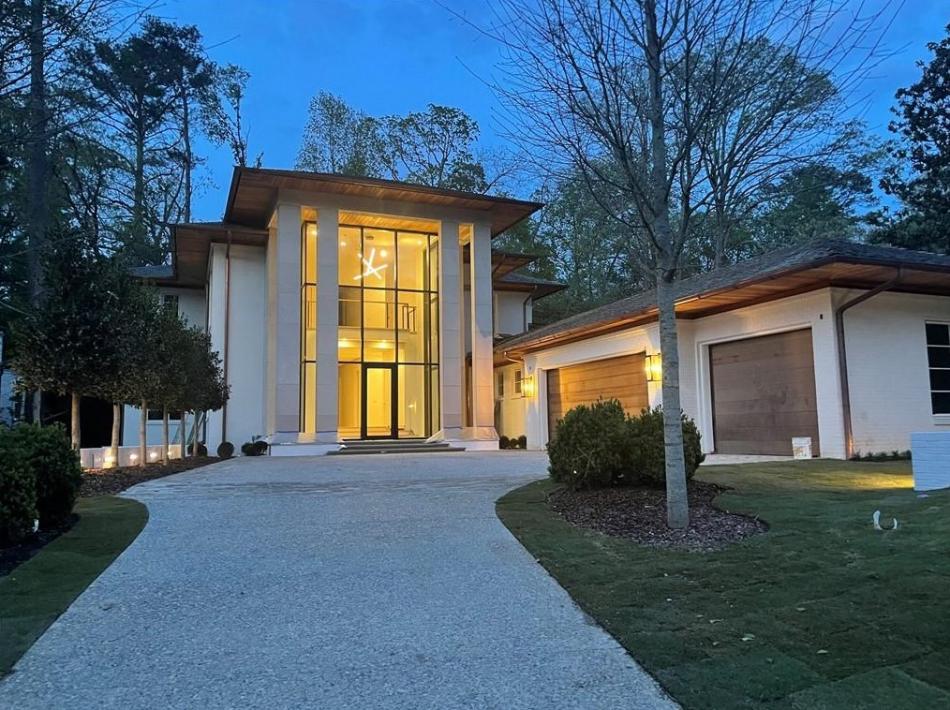 The distinctive facade and three-car garage at 3825 Vermont Road in Brookhaven. Photography by Doug Sindelar; courtesy of Dorsey Alston, Realtors

With its motor court, cedar-shingle roof, and cypress overhang with copper gutters encircling the house, the project incorporates some warmer, more traditional elements to help lure in buyers who might be turned off by spartan modernism. Ditto for the arched cypress ceilings inside, beefy limestone fireplace, and the kitchen’s massive breakfast island made of white oak. Even the laundry room includes Thassos marble from Greece.

As pricey Brookhaven home listings go, this palace has all others beat at the moment by more than $2 million. 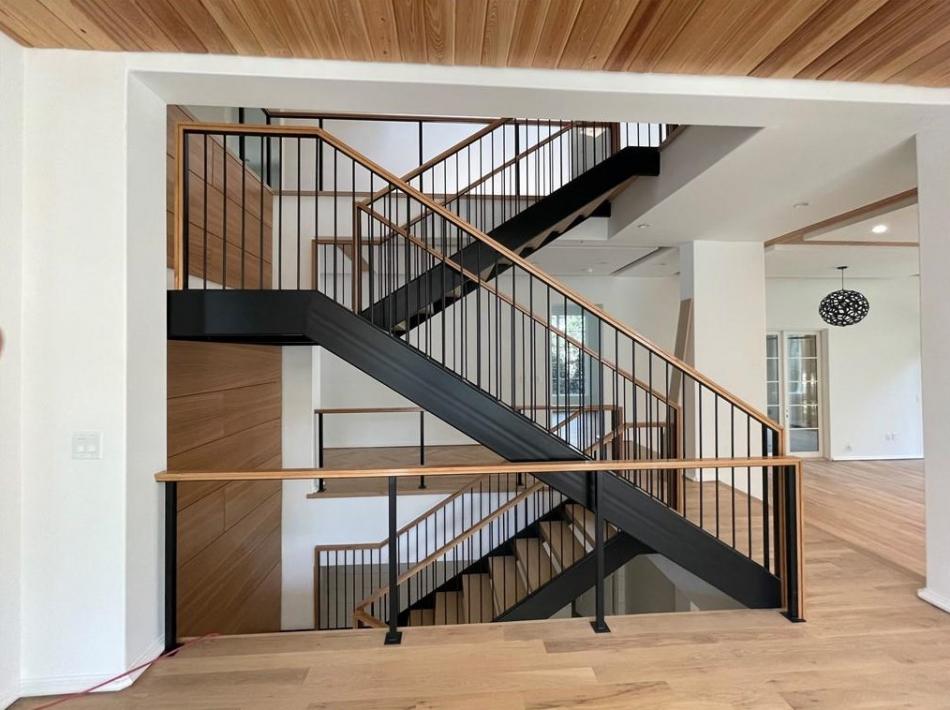 A central core of floating staircases, like the elevator, services all three levels. Photography by Doug Sindelar; courtesy of Dorsey Alston, Realtors

Brookhaven's current record sale (not including off-market transactions) came in May last year, when a slightly larger, traditional-style estate on 1.3 acres fetched $5.9 million, according to listing service records.

In the gallery above, have a closer look at Brookhaven’s would-be Big Kahuna.

[CORRECTION: This article has been updated to reflect the home is in Fulton County, and not DeKalb County.]