Perched on a hill around the corner from Landmark Diner, Hal’s steakhouse, and other well-known Buckhead establishments, this sprawling modern residence finished construction two years ago but hasn’t reached the open market until now

That’s because the developer and owner has held onto it until the timing felt right.

“There’s been a large modern boom in Atlanta in the last year,” listing agent Inna Eidelman, a Realtor with Compass, tells Urbanize Atlanta. “So it’s a perfect time to list this beauty.” 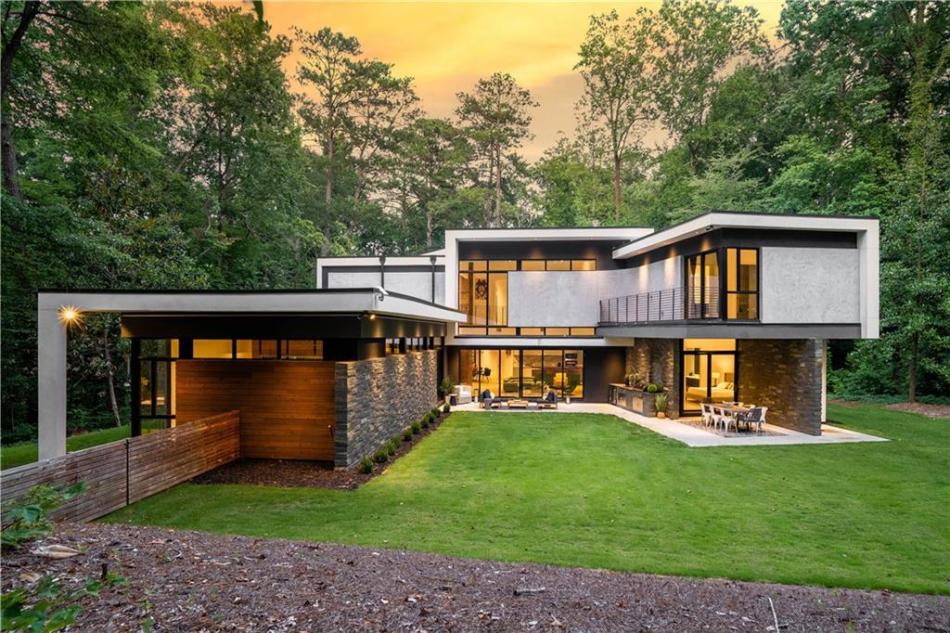 It was drawn up and built by Flux Architecture and Design, a Norcross-based modern design firm with a portfolio of single-family and commercial projects dotted around the metro and abroad.

Listed a week ago, the North Buckhead home is set on 1.6 acres and accessed via a long driveway, with a façade of cement stucco, slate, and massive Pella windows.

Between the pivoting entry door of solid birch and outdoor kitchen around back are five bedrooms and six and ½ bathrooms across three levels, with “multiple flex wings” for getting creative. 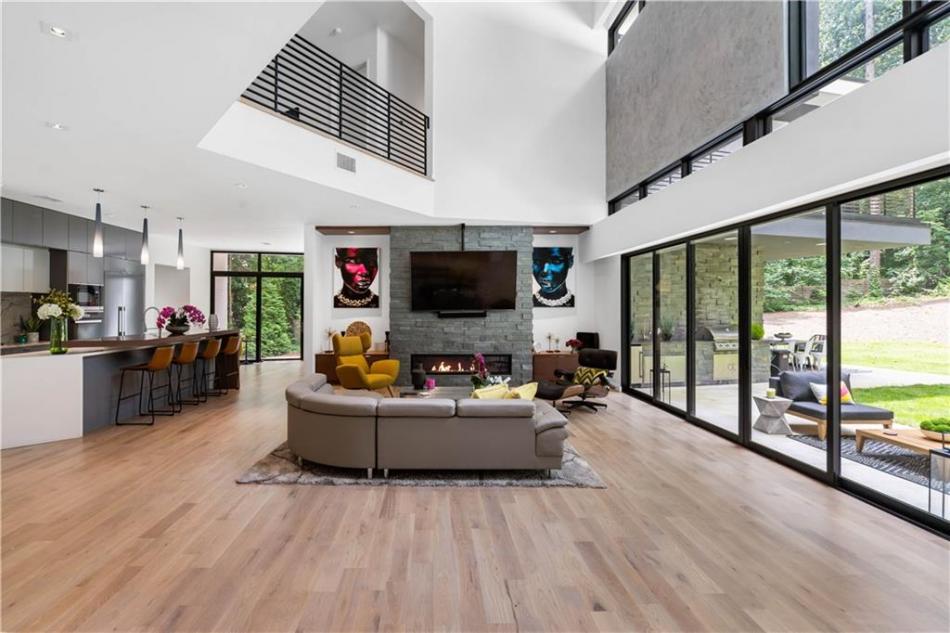 The airy main living space, where the fireplace is made of driftwood and river rock. Photos by Bartolotti Photography 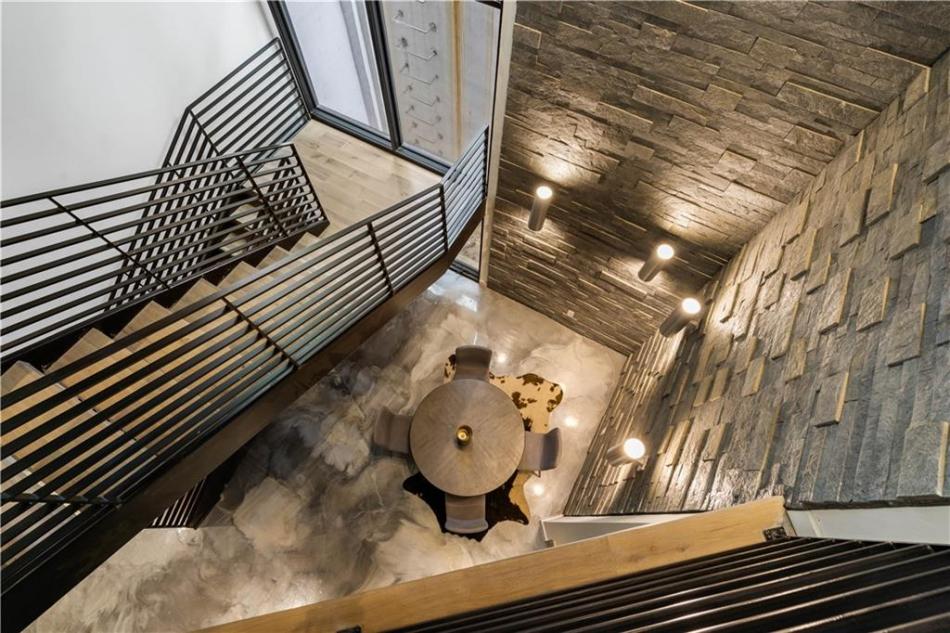 View down floating stairs to the terrace level. Photos by Bartolotti Photography

Highlights include living-room ceilings that soar up to 28 feet, a three-story stairwell with floating stairs, and a master bathroom that functions like Atlanta’s chicest locker room.

Listings mention three attached garage spaces, but those aren’t shown. And the lack of a pool is glaring (despite a rendering showing exactly what it’d look like), but there’s plenty of room here to customize one’s own oasis.

Taxes in the ballpark of $38,000 annually could be a consideration—or a mere rounding error in your max contract.