Could Summerhill be blazing a path to Best Neighborhood glory? In the same year that former Summerhill residents the Atlanta Braves won the World Series? Is it destiny all over again? Could be, if commitment already exhibited by the neighborhood’s residents and supporters is any indication. Not only did Summerhill lock down the tourney’s top seed, thanks to enthusiastic reader nominations, it swiftly booted fellow downtown-ish competitor Castleberry Hill from the bracket, netting an impressive 73 percent of votes.

If new investment and physical development is the metric you’re using to determined top neighborhood status, it must be said that Summerhill is on fire. On former Braves parking lots and other empty parcels, more than 1,000 apartments have delivered, or are under construction, in projects such as the new 526 Hank building and Trammell Crow Residential’s latest Alexan-branded venture. Georgia Avenue is an adaptive-reuse darling, Publix is en route, and even a shuttered, tattered hotel is angling to be creatively revived soon. Hot indeed. 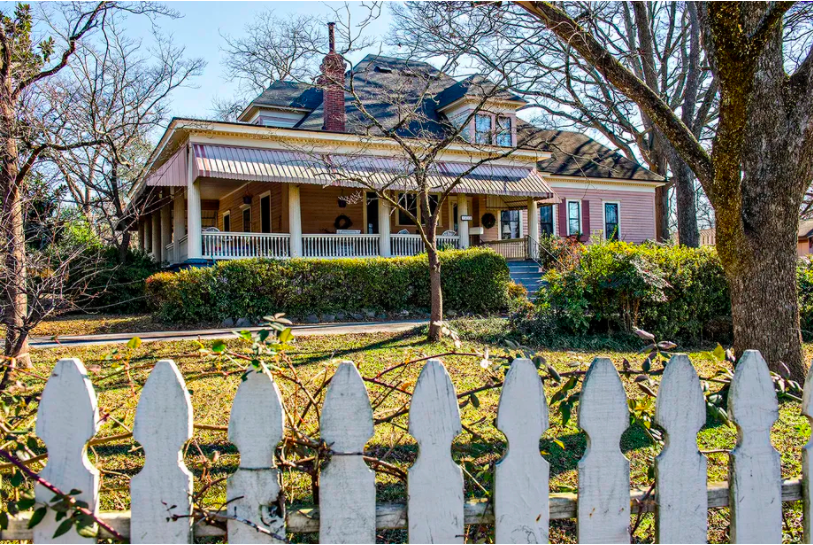 With a wraparound porch and white-picket fence, this home off East Main Street exemplifies the older housing stock of College Park. Courtesy of Jonathan Phillips

If past criteria-free tournaments are any indication, College Park is always game for a challenge. It’s the last remaining contestant that’s technically a city—as the tourney rules clearly stated is permitted—and the southernmost of all Best Atlanta Neighborhood 2021 competitors. It could also be argued that College Park is the most alternate-transportation friendly place in metro Atlanta, with not only a dedicated MARTA train station, but next-door access to direct airline flights to practically anywhere on the planet.

But if it’s a challenge College Park wants, it’s a challenge it gets in this Elite Eight face-off with a No. 1 seed. College Park ousted downtown by a comfortable margin (65 percent of votes) in Round 1, but Summerhill could be a different story. Can a burgeoning downtown dining scene, relatively affordable housing stock (median listing price: about $325,000), and interesting projects like the College Park Arts Campus help deliver this ITP city to Final Four glory? Only time (and votes) will tell.