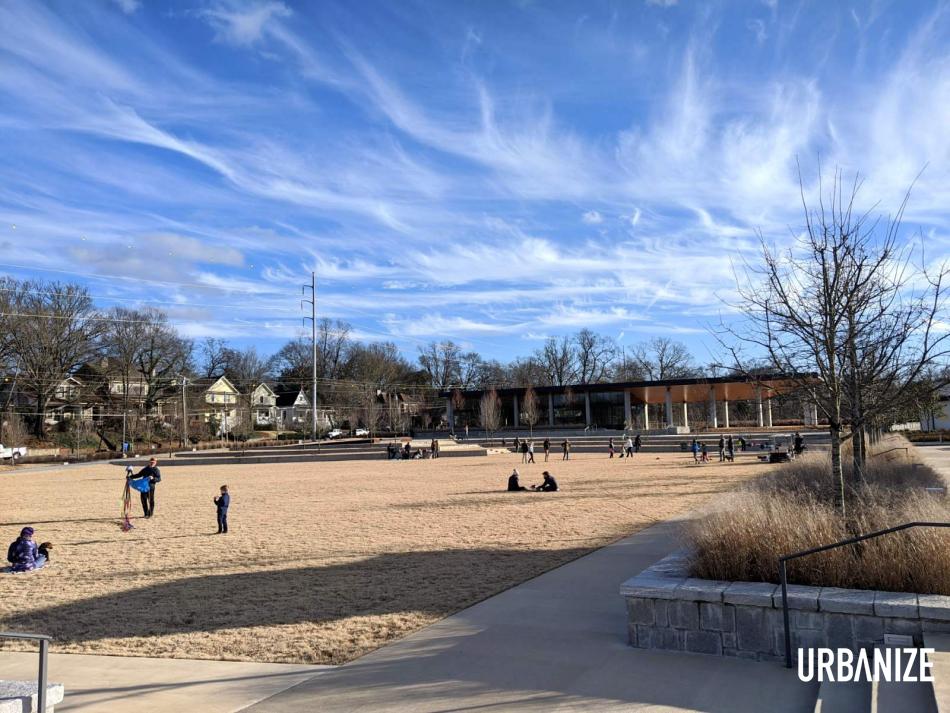 The Grant Park Gateway, which officially debuted in January 2021, is a greenspace win for the neighborhood. Josh Green/Urbanize Atlanta

No stranger to strong performances in year-end, criteria-free neighborhood tourneys, Grant Park unleashed the biggest Round 1 drubbing in 2021 upon crosstown opponent Home Park, capturing an impressive 76 percent of votes.

No wonder—it’s been a big year for changes across Grant Park, from the additions of bike lanes and Atlanta’s most lovely, functional parking deck to the continued evolution of the formerly worn-out warehouse district The Beacon has become. This year also saw the debut of the adaptive-reuse GlenCastle creative office campus, with more than 250 for-rent townhomes and apartments popping up next door. Grant Park’s pride was evident in how it submitted enough nominations to land a No. 2 seed, bested only by its motivated neighbor, Summerhill. Making the Final Four, however, will be anything but a cakewalk. 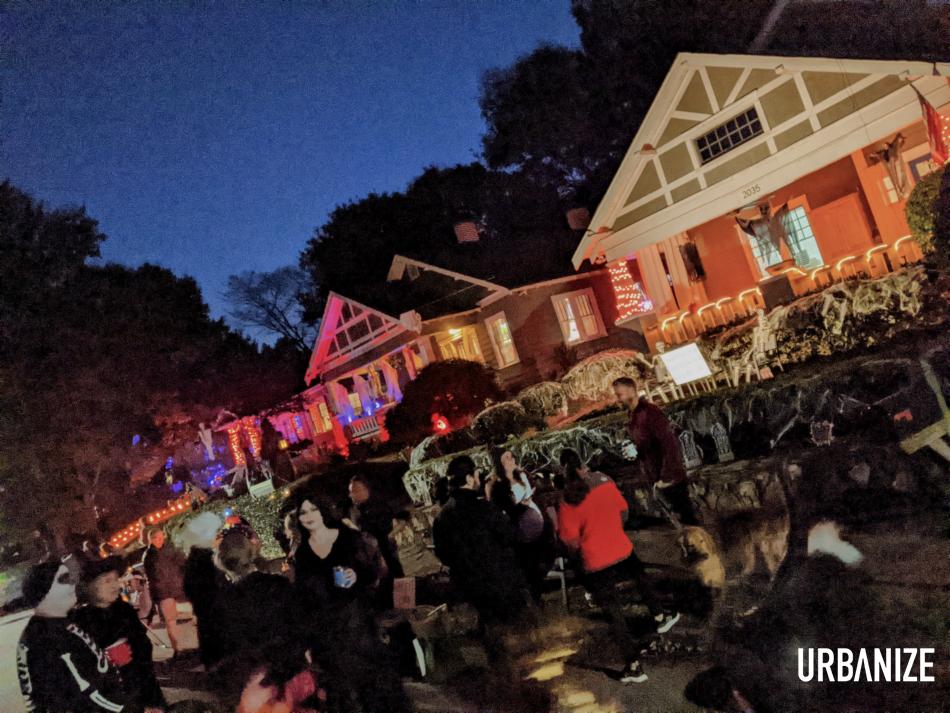 As a growing, historic eastside community, Kirkwood knows the joy of hoisting hypothetical hardware as the Best Atlanta Neighborhood, as determined by voters eight years ago. The neighborhood took a solid first step toward reclaiming that glory in Round 1 action, nudging 10th-seeded Ormewood Park out the door with 59 percent of votes.

Like Grant Park’s Gateway, Kirkwood saw an underused property start springing to life in 2021, as the Pratt Pullman District became a national tourist destination while hosting Van Gogh: The Immersive Experience’s North American debut in May. At the opposite end of that 27-acre property, the three-building Broadstone Pullman apartments started opening this year, with relatively affordable (if relatively small) condos now taking shape across the street. Bonus points this year for the burritos at Poco Loco and chicken sausage at Anna's.