As part of ongoing Best of Atlanta 2021 coverage, Urbanize’s inaugural Best Atlanta Neighborhood tournament is kicking off with 16 places vying for the prestige of being called the city’s greatest. (Note: Seeding from 1 to 16 was determined by reader nominations this month, so no pitchforks, please.)

For this Round 1 contest, given the holiday and weekend, voting will be open until 9 a.m. Monday. Please, let’s keep the tourney fun and positive, as one neighborhood rises above the rest in very public fashion. The eliminations begin now! 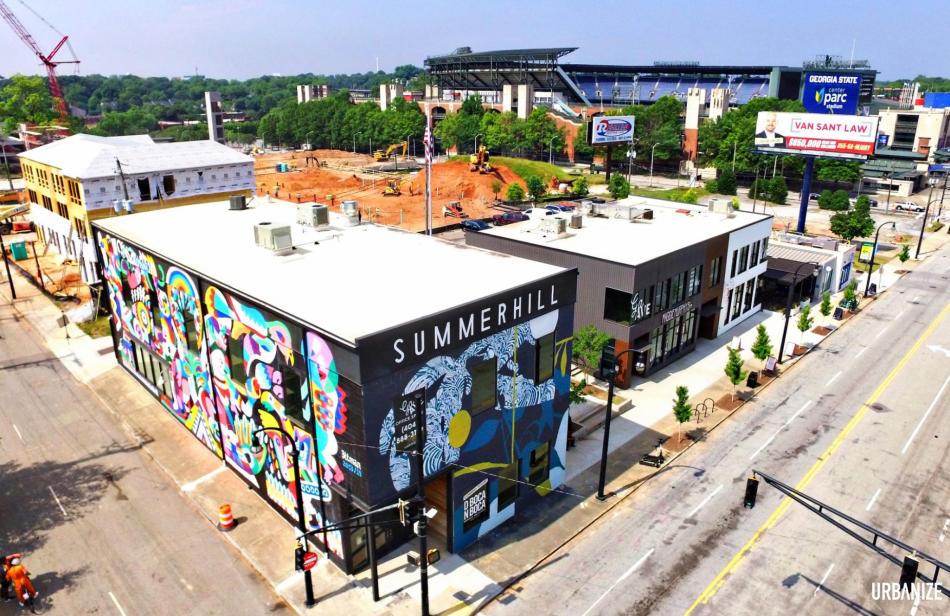 Explosive growth around Summerhill's Georgia Avenue and the former Turner Field, as seen in May. Jonathan Phillips/Urbanize Atlanta

In the battle of the “’hills,” our final Round 1 contest, No. 1 seed Summerhill finally steps onto the court, having garnered more 2021 headlines—and nominations this month—than any other Atlanta place south of Interstate 20. And for good reason. Buzz about Summerhill’s future has been strong for the better part of a decade, since before the Braves departed for greener suburban pastures. Parking lots left in the MLB team’s wake have been springing to life with hundreds of new homes, including the handsome Hank complex this year, like other formerly vacant land in the vicinity. The 2021 announcement that Publix will indeed lay claim to another parking lot, giving the neighborhood the fresh grocery option it’s long pined for, was monumental news. 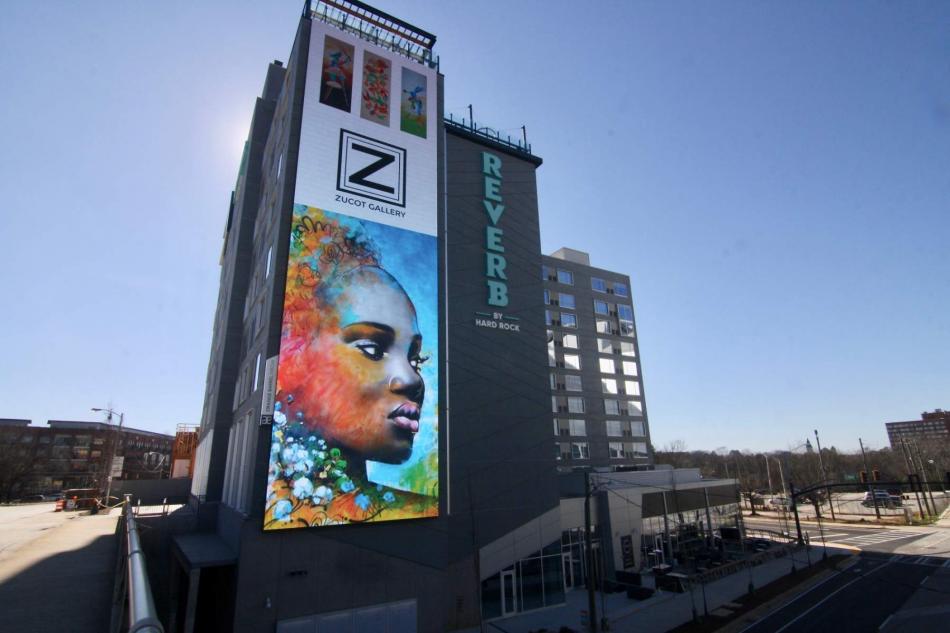 Outside of downtown and The Battery, no place in metro Atlanta benefited more from 2021’s almost-post-pandemic return to semi-normalcy than Castleberry Hill, the city’s centrally located, quintessential loft district. Huge events at Mercedes-Benz Stadium—from Atlanta United matches to the sold-out SEC Championship Game—spilled into historic Castleberry Hill, where new additions like the stylish, bar-topped Hard Rock Reverb hotel had started the neighborhood’s year off with a bang.

Some of the coolest infill around—Ty Pennington’s boutique Otis Building, a context-sensitive condo stack, comes to mind—also neared the finish line this year, while other interesting proposals popped up on the townhome front. Meanwhile, in the realm of resales, lofts continued coming to market in the neighborhood with the type of character (and size) that can only be found in Castleberry Hill.