One of the biggest planned developments on Atlanta Housing’s docket hopes to have building permits in hand this summer and construction equipment on the ground soon after, according to officials with one of the nation’s largest housing authorities.

That huge injection of housing—about 76 percent of it reserved as affordable, for people earning 80 percent of the area median income or less—would join a groundswell of investment that’s changing the traditionally overlooked southeastern sections of ITP Atlanta. 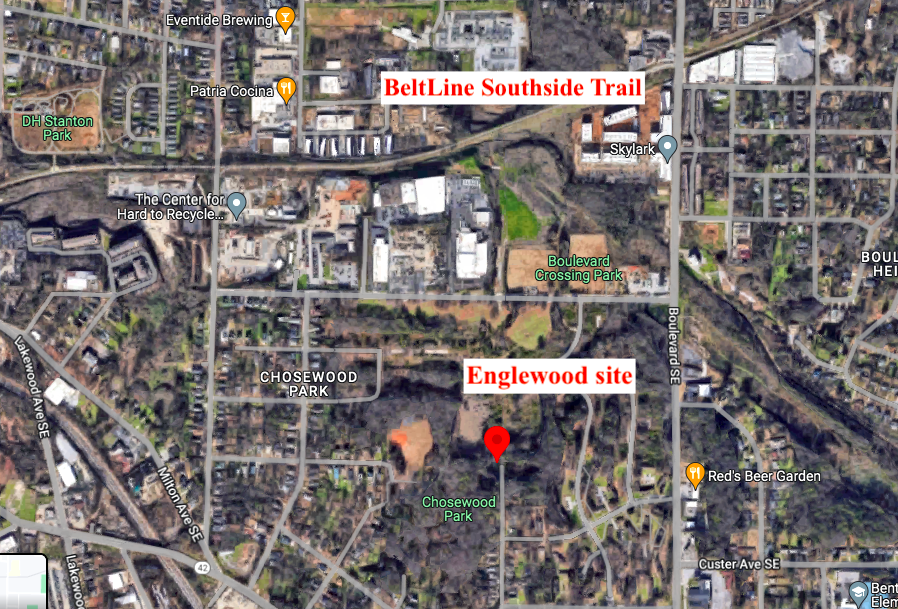 The Chosewood Park development site in question, just west of Boulevard and south of a BeltLine greenspace eventually targeted for an expansion that would make it five times larger. Google Maps

The project’s name is a nod to the Englewood Manor public housing community that was razed there years ago, as Atlanta Civic Circle has noted. It will border the Chosewood Park greenspace and athletic fields, with the first phase of the BeltLine’s Boulevard Crossing Park across the street to the north.

According to a May 16 project update by Atlanta Housing CEO and president Eugene Jones, Englewood hopes to have building permits secured by July or August, followed by construction in the fall. 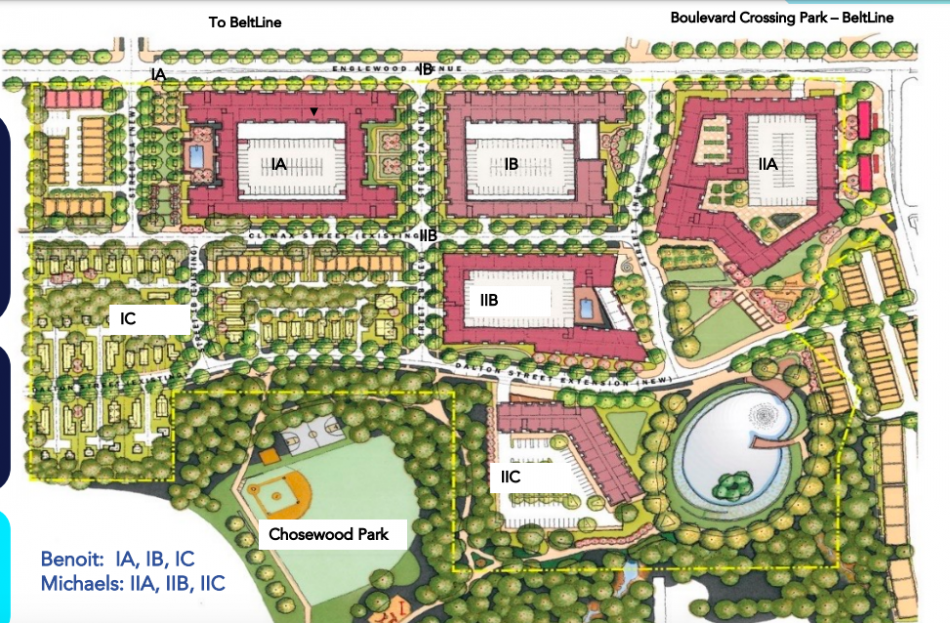 How the planned site layout would meet Englewood Avenue to the north and an existing baseball park. Atlanta Housing

Infrastructure costs alone are expected to be $31 million; vertical construction is predicted to cost another $279 million.

Partnering with Atlanta Housing on the project are The Benoit Group and The Michaels Organization, both experienced affordable housing developers.

The breakdown of plans includes 828 rentals, with just 154 of those planned to rent at market-rate. Another 81 housing units would be for sale, with the vast majority (65 homes) expected to be priced at what the market can bear.

Senior housing, townhomes, and standalone houses are all in the mix. 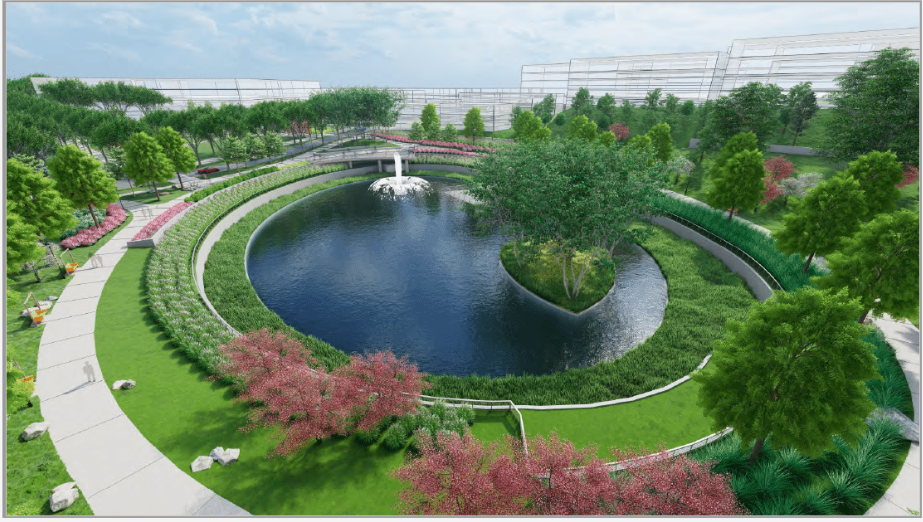 Englewood plans include a stormwater pond that would serve the 30-acre site and neighboring parcels in Chosewood Park. Atlanta Housing

Roughly 50,000 square feet of retail space would also be included, per Atlanta Housing.

Another section would see a stormwater pond in a parklike setting that’s meant to serve Englewood and its neighbors in Chosewood Park.

Atlanta Housing hopes to have infrastructure development finished by this time next year.

The first phase of multifamily development would open in late 2024, and the last section would come online in late 2025, according to Atlanta Housing’s timeline.