Demolition began this week to remove a century-old bridge to nowhere that holds a soft spot in the hearts of Atlanta old-timers, photographers, and urban explorers.

The replacement could be a more functional people bridge that links together a growing system of multi-use trails around Georgia Tech and many points west, pending funding.

According to the Atlanta Department of Transportation, work to remove the circa-1912 Bankhead Avenue Bridge and all associated debris over active Norfolk Southern and CSX railroad lines began in earnest in recent days.

Demolition is expected to wrap up in October. 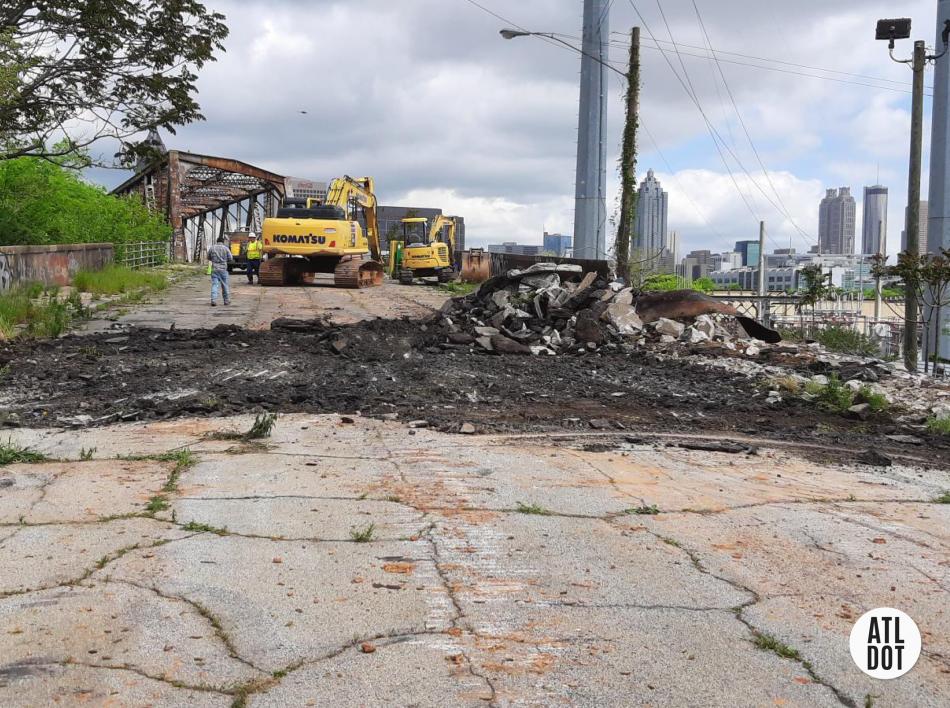 Stubbed on its eastern side, the truss bridge stands (for now) between Northside Drive and an apartment complex called Paloma West Midtown, built a couple of years ago as Georgia Tech student housing. The bridge currently ends in mid-air near the Carriage Works complex.

The Bankhead Avenue Bridge (alternately, Bankhead Highway Bridge) was a primary east-west connecting point between Midtown and Westside neighborhoods in the days before Interstate 20 and other routes over the railroad were built.

It closed in 1991. The eastern half was removed in the late 1990s, and plans for the remaining structure to serve as a retail slab with skyline views fell apart long ago, according to the Bridge Hunter database. 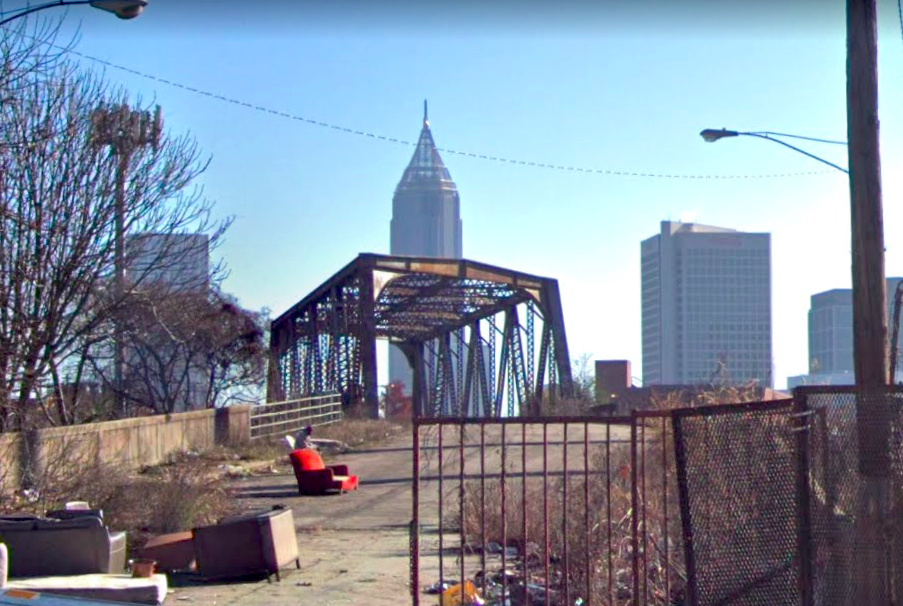 The bridge's condition, looking east into Midtown, in 2018. Google Maps 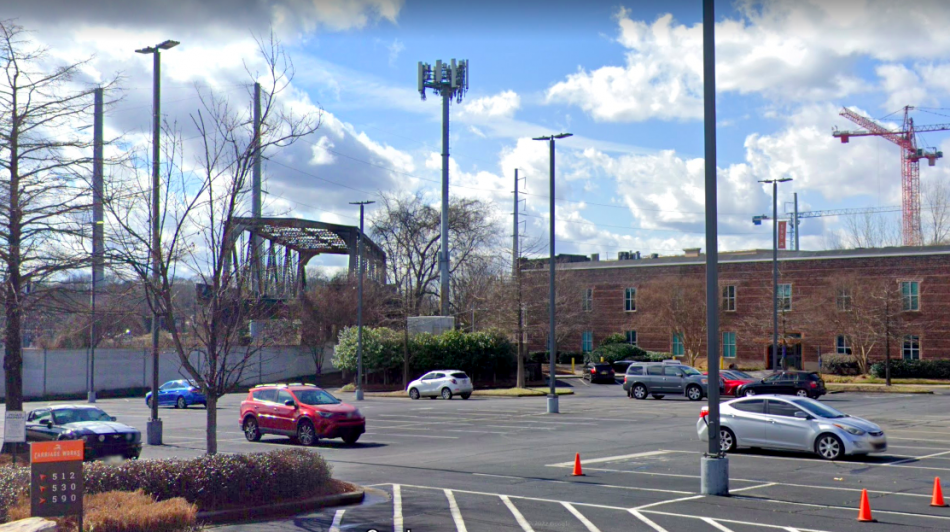 What’s next for the site largely hinges on results of TSPLOST and bond package measures that will be put to Atlanta voters on May 24, officials say.

Greta deMayo, PATH Foundation executive director, says her group has been working for several years with the city, Georgia Tech, Carriage Works, and Lincoln Property Company (developers of Echo Street West across the street) for a project that would be called Westside Connector. (That’s not to be confused with the nearby Westside BeltLine Connector, a PATH and BeltLine collaboration that opened last year.)

The Westside Connector is on the list for the upcoming TSPLOST/bond ballot, part of what deMayo notes is an unprecedented $28 million earmarked for trails across the city.

As a bridge replacement, the Westside Connector is so named because it would bridge Westside neighborhoods such as English Avenue, Vine City, and Bankhead directly into Georgia Tech and the PATH Parkway trail that leads south to Centennial Olympic Park. That’s where PATH is scheduled to begin construction on a project called the PATH Trail Hub this summer, per deMayo.

PATH officials are working to get us a visual showing a proposed trail map of the area and a rendering of the Bankhead Avenue Bridge’s replacement. That’ll be posted here when it comes. UPDATE: See below: 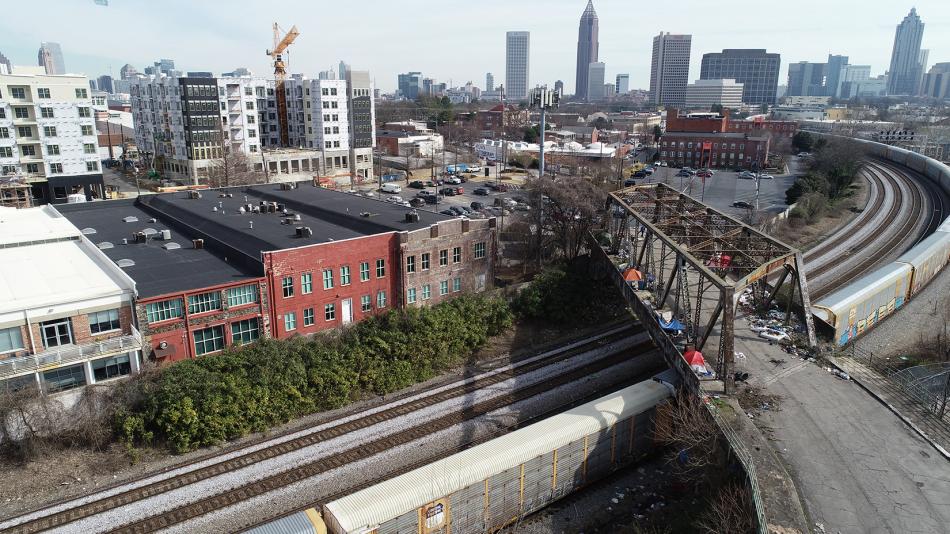 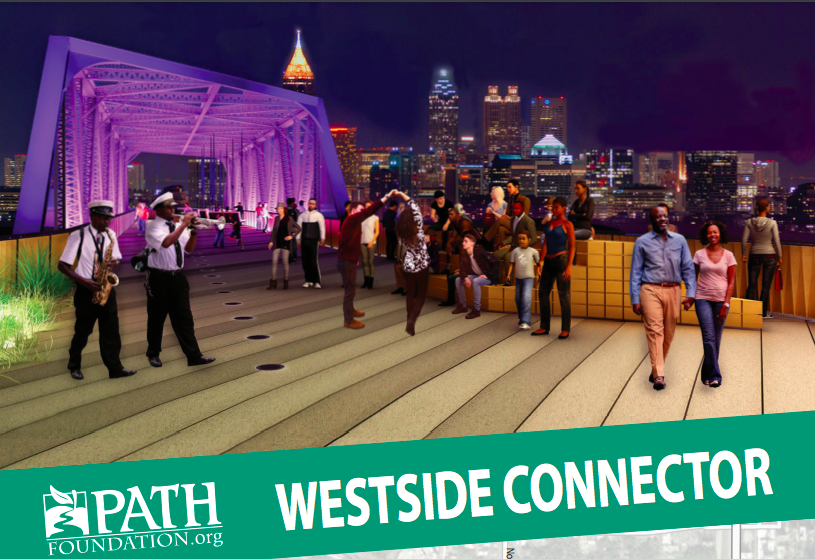 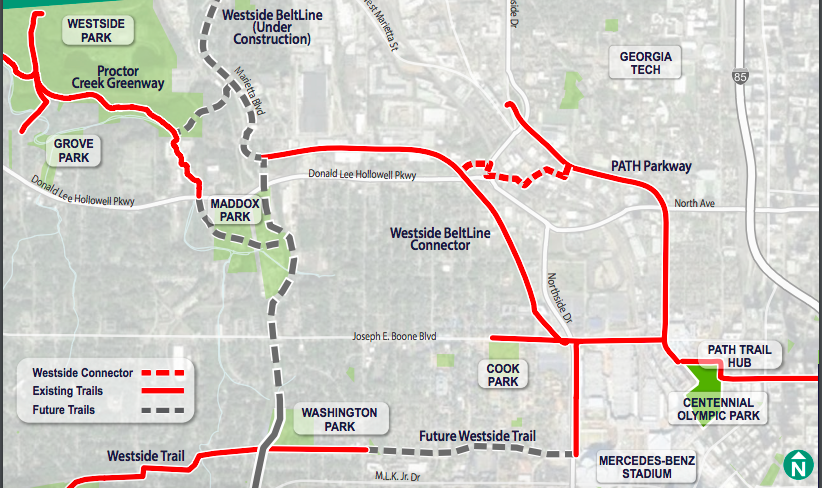