Living the high life atop Buckhead’s second tallest building doesn’t come cheap, of course. But as of this past Monday, it comes significantly cheaper.

The most expensive listing across metro Atlanta at the moment isn’t a mega-mansion in Alpharetta or Tuxedo Park estate but a Peachtree Road penthouse, with 360-degree views spanning from downtown to The Battery and North Georgia Mountains.

The dual-level suite atop Waldorf Astoria Buckhead Residences has been finished with attention to detail by Harrison Design that’s “nothing less than perfect … at every turn,” according to marketers. It listed at $13,950,000 in October, where the price stood firm until this week.

A shell space for years, the penthouse’s centerpiece is a custom elliptical staircase that infuses the home with modern elegance without compromising views. It’s the premium flat over the 42-story Waldorf Astoria hotel, previously The Mandarin Oriental, and initially constructed as The Mansion on Peachtree. 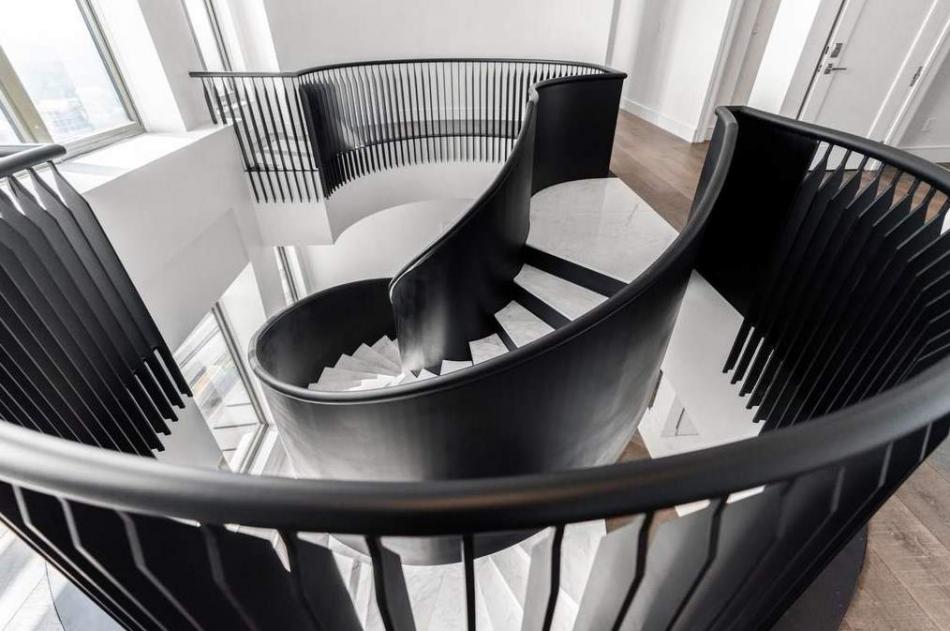 For a condo in any part of Atlanta, the sheer numbers impress: four bedrooms, five bathrooms, and nearly 8,300 square feet. That’s about $1,450 per square foot.

What it lacks in sprawling terraces or patio spaces, it’s said to make up for with “incomparable vistas” and “broad panoramas” from virtually every room. Hand-cut stone, back-lit fixtures, and nooks for displaying collected masterworks abound. The intention is to create an oasis of calm, high over Atlanta, while impressing guests. 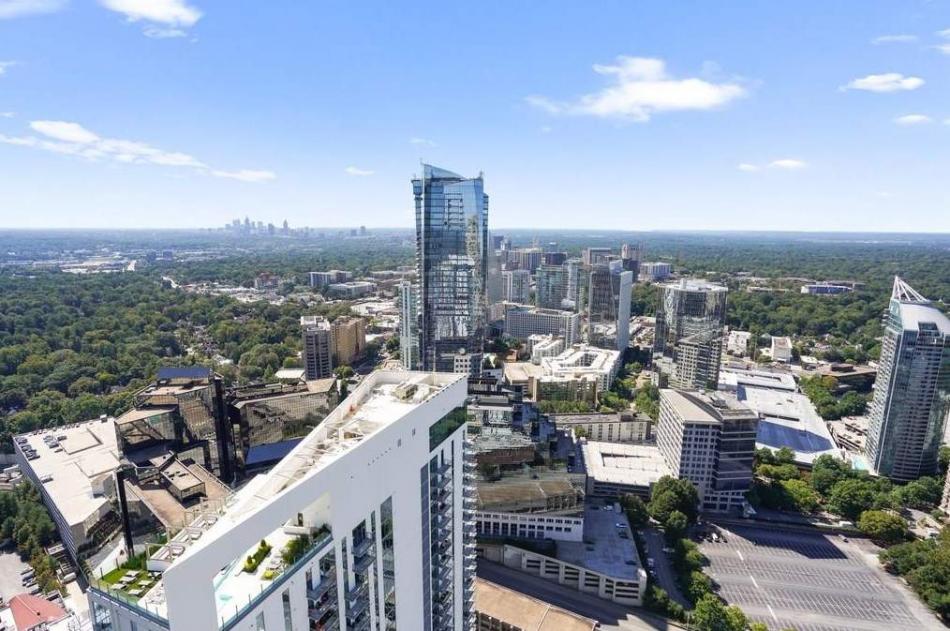 Views across Buckhead to Midtown Atlanta, as shown in 2020. Courtesy of Engel & Völkers Atlanta

It’s one of only two built homes on the market for $10 million or more across Atlanta at the moment, with the other being a very 1990s Park Avenue tower penthouse that bills itself as “the most extraordinary penthouse offering in the heart of Buckhead.” Those sound like fightin’ words.

CORRECTION, August 26: This article has been updated to reflect that the property includes balconies.