Just before the COVID-19 pandemic clamped its jaws around Atlanta last year, one particular home sale in the Pittsburgh neighborhood south of downtown triggered a commotion among real estate observers.

A newly built, four-bedroom house traded for enough money—$412,000, or $12,000 above asking—that neighbors felt obligated to alert the media. After all, at that time, no other Pittsburgh home had sold for even a price in the $300,000s.

Exploring Pittsburgh’s housing trends today shows those pricing benchmarks are so far in the rearview they look somewhat paltry. 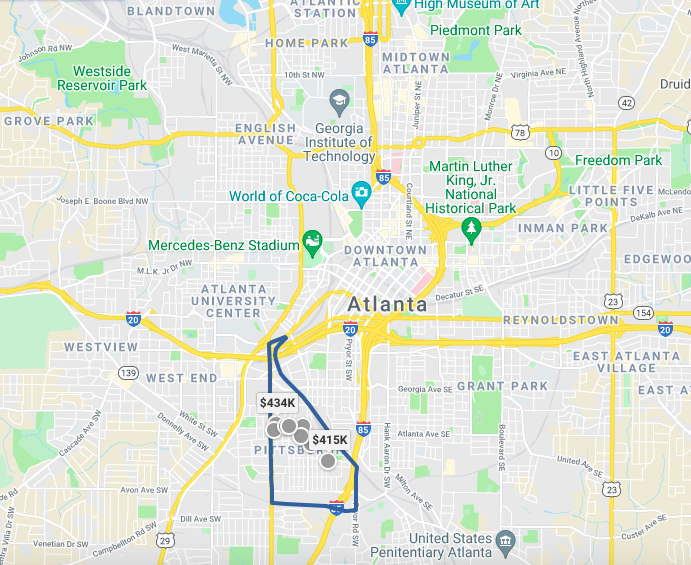 Pittsburgh's boundaries in the broader city context—and the location of houses in the neighborhood that have sold for $400,000 or more. Estately

Attention is focusing on the Pittsburgh area this month as the first new stretch of BeltLine in Southwest Atlanta in four years debuts, and the nonprofit jobs hub Pittsburgh Yards is planning a lively community celebration Saturday to mark the completion of its first phase.

But since the pandemic began, much has changed around Pittsburgh beyond the advent of the Southside Trail’s first new segment.

For starters, at least nine homes have sold for more than $400,000 in the past year and 1/2. One of them—a three-bedroom “California contemporary”—went for more than $700,000 this summer, sales records show. 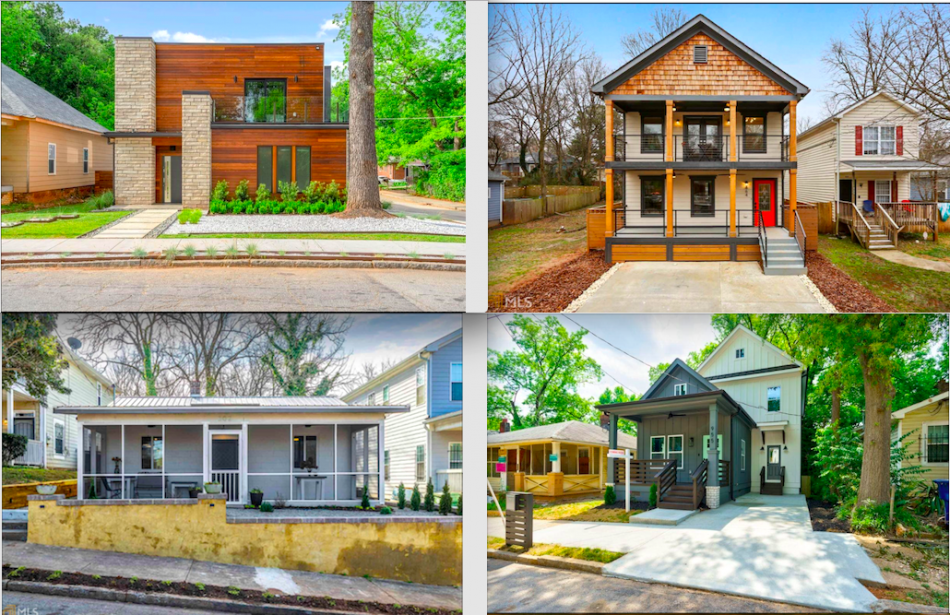 Comparing median sales prices from August with the year prior, Redfin tabulates that Pittsburgh home prices have skyrocketed by more than 70 percent in the past year.

Median sales have reached $305,000, though average time on market in Pittsburgh has grown to 48 days, or six days longer than last year. August saw five homes sales in the neighborhood, versus 16 in the same month last year.

The median sales price of Pittsburgh houses five years ago? Just $26,000, according to Redfin statistics.

It’s all food for thought. And evidence as to why the “Stop Gentrification” signs spotted around Pittsburgh aren’t so surprising.