The world’s first ground-up Signia by Hilton hotel is indeed starting to rise up, fittingly next door to the Atlanta Falcons’ (and ATL United’s) roost.

After breaking ground in April, the Georgia World Congress Center Authority’s long-planned major hotel concept is visibly under construction, with two cranes erected over the site off Northside Drive and initial floors coming out of the ground.

The Gensler-designed hotel project was on track to launch in late spring 2020—just after Atlanta’s planned NCAA Final Four basketball crowds had cleared out of downtown—but pandemic lockdowns and subsequent economic chaos scuttled those plans. 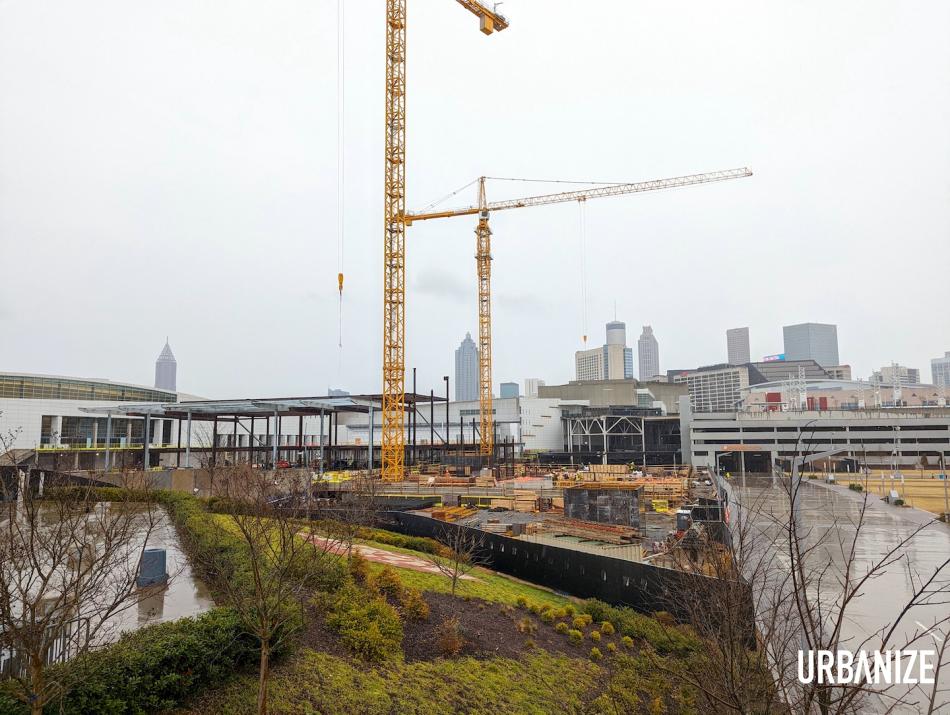 Atlanta's Signia announced last month it has installed a general manager, Teri Agosta, to operate the glassy new lodge, which joins a groundswell of new construction activity around the Gulch this year. Agosta has more than 30 years of experience with Hilton and most recently opened the Hilton Cleveland Downtown in 2016.

Plans outlined by the GWCCA have called for about 30 stories, which would put the building among the tallest all-hotel structures in Atlanta. That category is still led by the 73-story Westin Peachtree Plaza Hotel, completed in 1976 and still Atlanta’s fifth-tallest building. [CORRECTION, March 10: GWCCA officials confirm today the Signia hotel will stand 40 stories—as opposed to 30 stories, as previously reported—and roughly 436 feet tall. That'll make it Atlanta's fifth tallest hotel tower.] 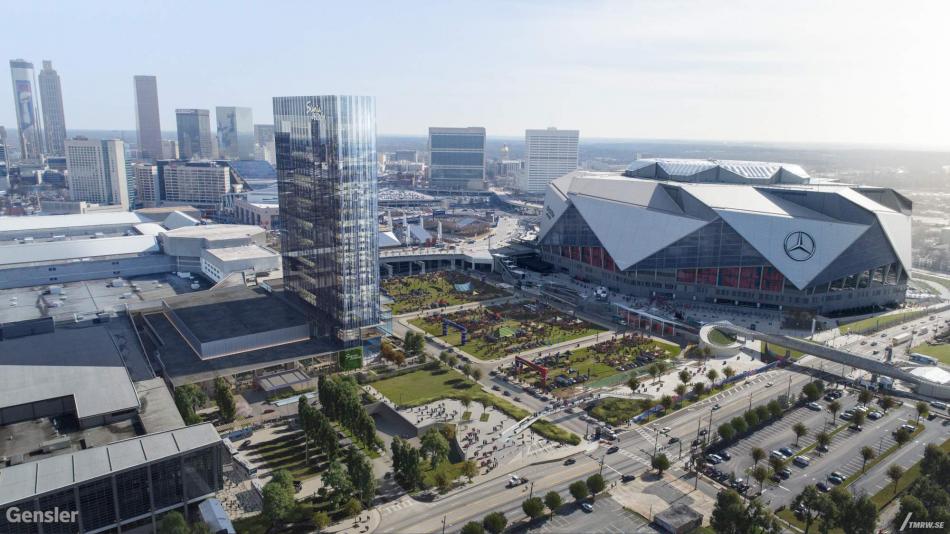 The Signia project, which will be owned by GWCCA, calls for 75,000 square feet of meeting space around the property, a restaurant, bar, and top-shelf wellness amenities, per Hilton.

The hotel will be the most visible part of the GWCCA’s 2020 Vision master plan, a sweeping campus redo. Rising over the Home Depot Backyard, it's planned to link with the GWCC by way of Building C at the Georgia Ballroom level. Have a closer look in the gallery above. ​