To be clear, Mitchell, the Atlanta Preservation Center’s executive director, is eager to discuss the nefarious activity in a historical context, particularly as it relates to a red-light district that once operated where Georgia State University Library stands today.

That 90-minute program—“The Historic Harlots of Old Atlanta…. Once Upon a Time On Collins Street” will be held twice this month as part of Phoenix Flies 2022, a celebration of Atlanta’s history and standing historical assets that’s making an in-person comeback after a year of being virtual.

Now in its 19th year, Phoenix Flies will offer free architecture and neighborhood tours between Saturday and March 27 across the city. More than 60 sites are scheduled to be featured.

“I think this is our best Phoenix Flies yet,” said Mitchell. “It’s not appealing to just one genre, one part of town. It’s everywhere—it’s all over the place, a cross-section of people, partnerships, and experiences in Atlanta.”

From walking tours of richly historic Atlanta neighborhoods such as Old Fourth Ward, Reynoldstown, and Edgewood, a bike tour of the BeltLine’s Westside Trail, to explorations of the Fox Theatre, Midtown’s First Church of Christ Scientist, and downtown’s gorgeous neo-gothic Healey Building, the tours offer a wide variety of locales and landmarks for fostering an appreciation of the city’s past. 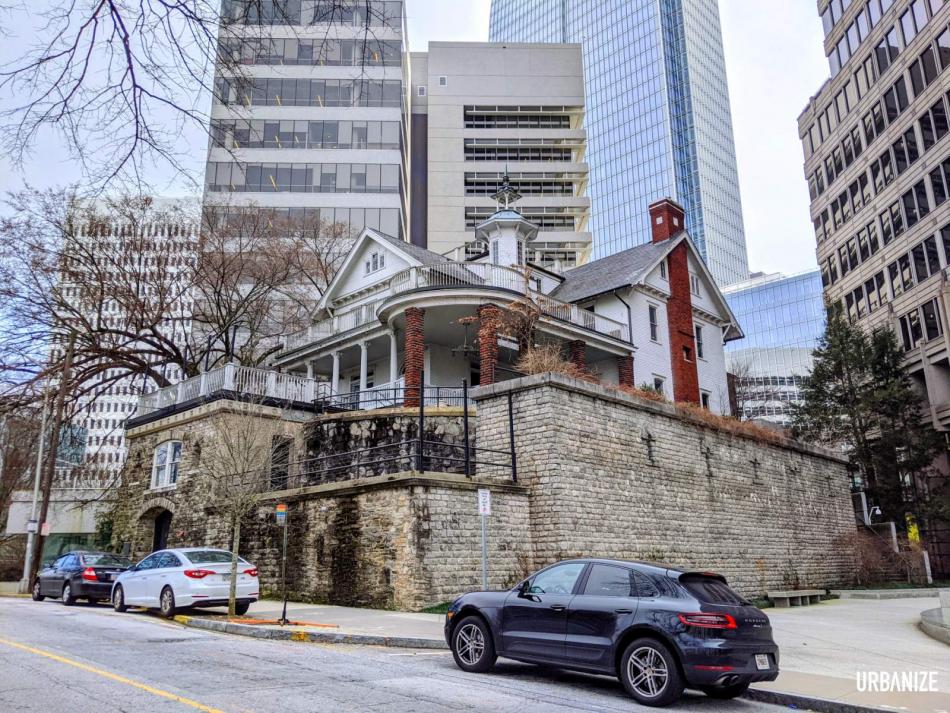 Midtown's The Castle will be the meeting point for a Peachtree Street architecture tour scheduled for 10 a.m. March 19. Josh Green/Urbanize Atlanta

APC launched the annual celebration back in 2003 as a means to commemorate the 25th anniversary of one of the greatest architecture saves in Atlanta history: the preservation of the once-doomed Fox Theatre, an outcome that APC leaders say permanently changed the city’s outlook on historic preservation.

Over the years Phoenix Flies has attracted history buffs, Atlanta newcomers, tourists, and residents even mildly curious about history.

Some events require pre-registration, and as of Friday, Mitchell said available spots were quickly filling up.

The full Phoenix Flies 2022 program can be viewed here, along with instructions for registering where required.

Alternately, a breakdown of events by day between March 5 and 27 is over here.