When the Elliott Street Pub came up for sale two years ago, many-a dive bar lover across Atlanta gasped in fear the beloved watering hole would be bulldozed in favor of glistening new development, which has been encroaching from all sides for several years.

That was never going to happen, according to the pub’s creators and longtime owners, but neither did a sale. Now, as the telltale signs of post-2020 downtown optimism—groundbreakings, ribbon-cuttings, splashy announcements—start heating up in surrounding blocks, the lovably unpretentious dive is again trying its luck on the open market.

Currently operating as both a pub and three-loft inn that sellers call successful, the 51 Elliott Street property is being offered as a “turnkey opportunity” for $2.32 million. (The bar business, naming rights, and equipment are being sold separately, we're told.) 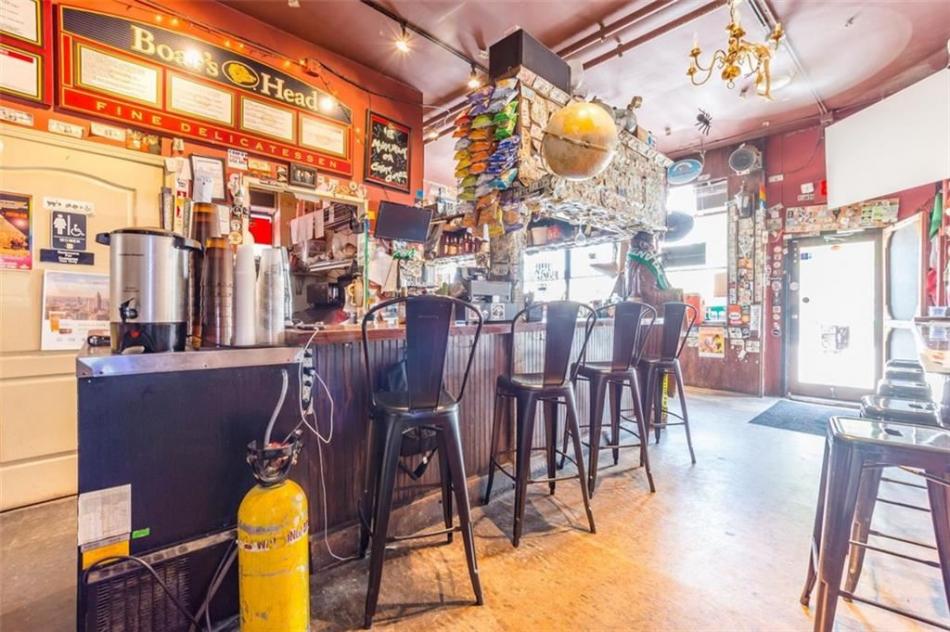 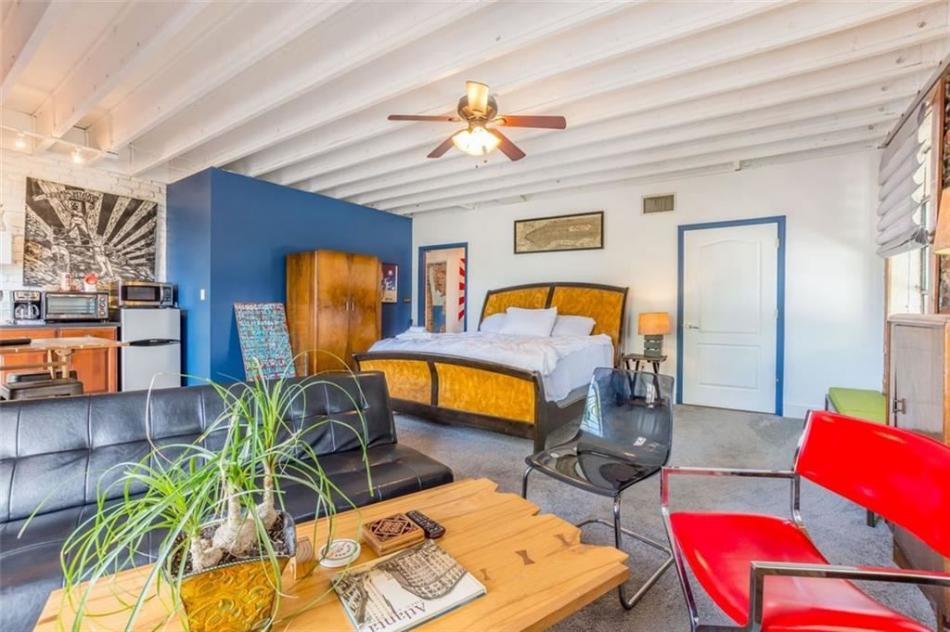 The building dates back roughly 150 years, and it was most recently updated in 2015 and again this year. The businesses—marketed as the closest pub and non-hotel lodge to Mercedes-Benz Stadium—came back on market in June, according to listing services.

Roughly 10 parking spaces come with, and three outdoor areas include restaurant patios and decks, plus a 2,500-square-foot lot where future development could go. The finished basement has a cool little music venue. And the city has approved plans for a potential third-floor addition to the bar building, per marketing materials.

Two brothers, Mike and Pete Jakob, former owners of a contracting and building business, stumbled into the bar industry upon finding the dilapidated, circa-1870 building nearly two decades ago.

The Jakob brothers bought the ailing property for $315,000 in 2004. A gut renovation cost nearly $1 million initially, and in 2006 created the building’s nucleus: a cozy pub of just 600 square feet, with room for about 30 people total. In 2018, Vice declared that space “Atlanta’s Best Bar.”

But an eventual sale has been in the cards since the beginning. 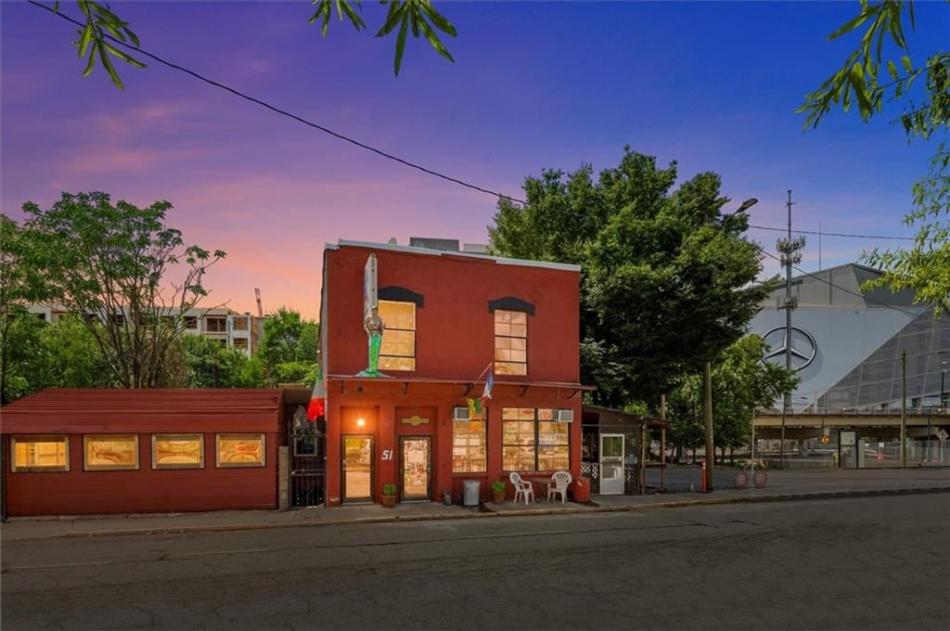 The building's proximity to The Benz, at right. Courtesy of Coldwell Banker Realty

Going way back, the Elliott Street building originally served as a carriage house for the central city and railroad industry. Between the early 1950s and 1982, it housed jazz club Dee’s Birdcage—Isaac Hayes, Gladys Knight, and Curtis Mayfield all performed there—and one of the first Black-owned real estate, loan, and insurance companies in Atlanta, according to marketing materials.

Now, as a potentially $5-billion megaproject starts to take shape across the street, the old building’s next chapter appears TBD.

CLARIFICATION: This article has been updated to reflect terms of the current 51 Elliott Street deal.