The planned refresh of a suburban-style shopping center in Buckhead is going to cost Atlanta another of its legendary, nicknamed Kroger grocery stores.

That’s the word from Regency Centers, which owns the 3330 Piedmont Road shopping center where Disco Kroger has operated since its patrons were boogying at a nightclub next door in the mid-1970s, as Reporter Newspapers first reported today.

According to a Buckhead Development Review Committee agenda, Regency Centers plans to raze Disco Kroger and reconstruction a grocery as part of an overhaul of Piedmont Peachtree Crossing shopping center. 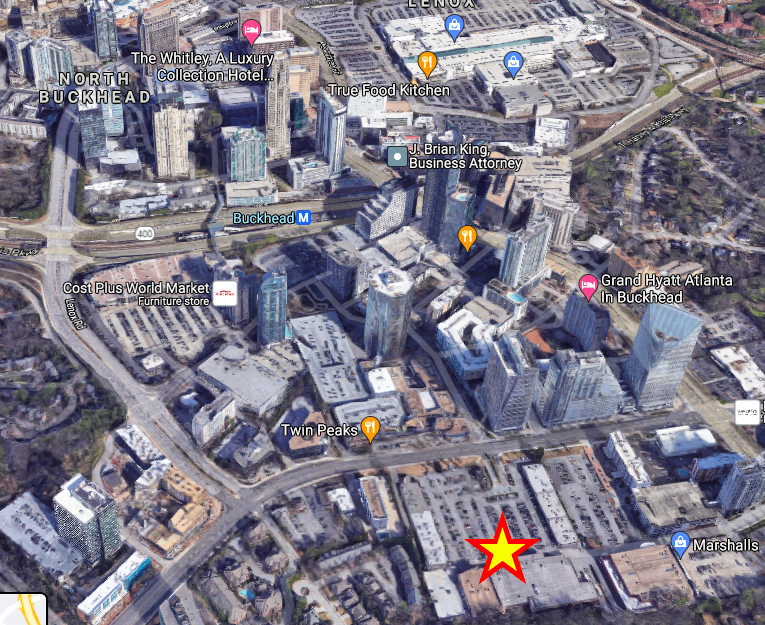 Disco Kroger was the first in Atlanta to have a moniker stick—and it outlived the city’s most famous nicknamed location, Murder Kroger, which was interred for BeltLine-adjacent development in 2016.

As commemorated by a disco ball that hangs near the entrance, the 24-hour Disco Kroger got its name when spirited revelers would spill over from Limelight nightclub next door, beginning around 1976. Shenanigans including dance-offs in the cereal aisle and bowling with frozen turkeys became lore. 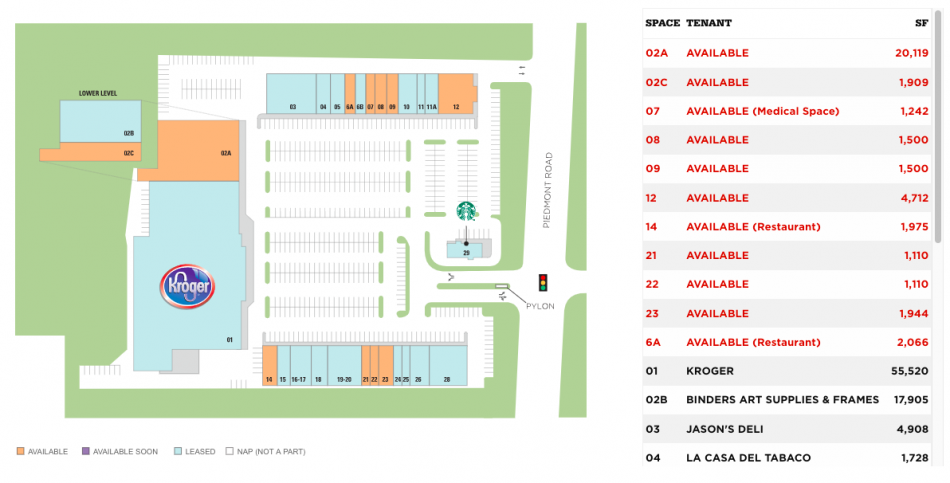 A breakdown of shopping center tenants—and 11 vacancies—as they stand today near the commercial heart of Buckhead. Regency Centers

Now, the owner’s intent is to modernize and “improve [the] aesthetic appeal” of the dated, 1970s strip center, according to Buckhead DRC officials, but Kroger won’t be part of future plans. (Reporters Newspapers has a look at the ASD/SKY-designed updates planned for the shopping center, which include a mix of revised facades and new big-box construction.)

The changes aren’t as dramatic as those planned five years ago, when Equity One Properties planned an “urban oasis” that would have turned the 10.8-acre property into a denser, more pedestrian-focused node.

The center’s revamp would reduce square foot slightly to 150,072 and erect the new grocery box farther west, to better align with an entry drive, according to the Buckhead DRC. 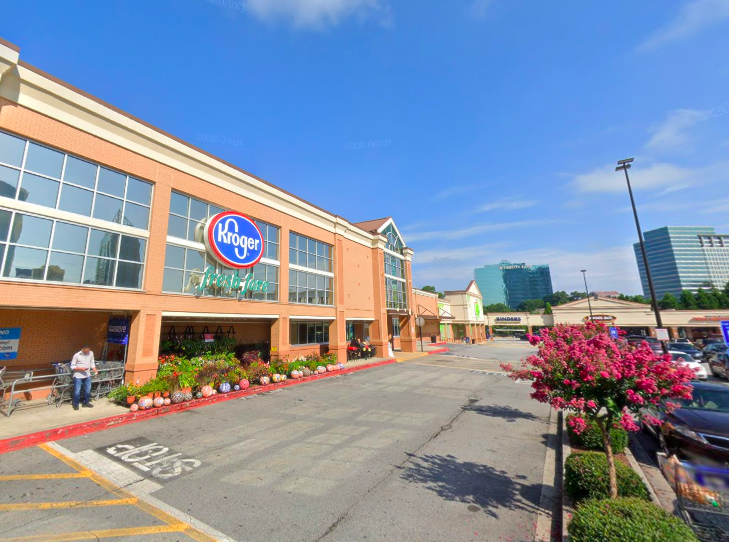 The general layout will remain mostly the same, though parking spaces will be reduced from 522 to 498, per Regency Center’s plans.

No timeline for construction has been specified, but mourners for Disco Kroger can find solace in knowing “Hipster Kroger,” “Kosher Kroger,” “Krobar,” and “Shitty Center Kroger”—among others with even less-repeatable names—are still out there, keeping the ATL a little bit weirder.