A recent analysis of U.S. Census housing data could read like a house of horrors for devout urbanists and density fanatics of Atlanta.

It probably comes as no surprise that metro Atlanta’s housing stock—both single-family homes and multifamily buildings—is considered among the largest of America’s major cities.

But being the “least squeezed large metro” in the land is another matter entirely. It’s something to either brag about or lose sleep over, depending on your perspectives on urban and suburban development.

STORAGECafé, an online service for U.S. storage spaces, recently found that among the country’s 25 biggest metros, Atlanta offers its residents “the best possibilities for leading an uncluttered life,” which tends to be the case more with inland cities than coastal ones.

Like runners-up Pittsburgh, Denver, Kansas City, and Phoenix, respectively, Atlanta wins the non-cramped competition, thanks to a combo of spacious square footages and plentiful onsite storage options, according to the study.

Those options include garages and basements for single-family homes, and parking garages and storage lockers for multifamily units. 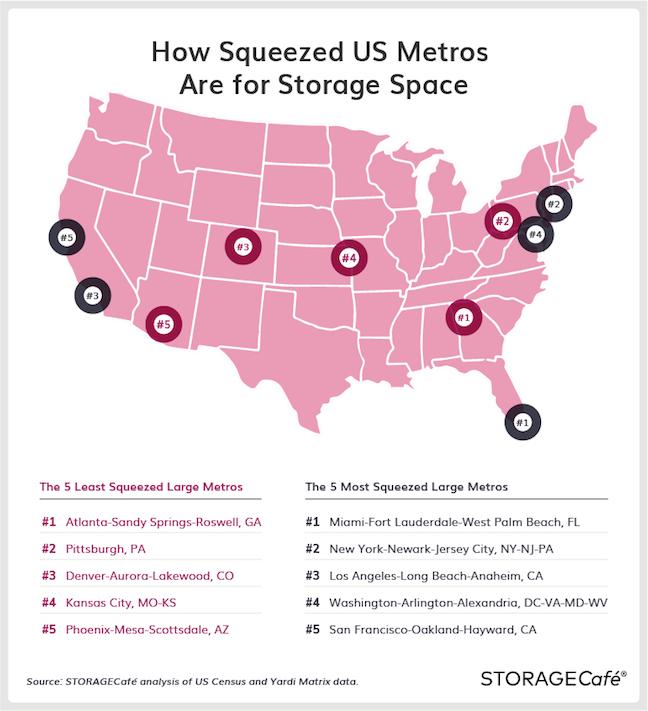 According to a breakdown of U.S. Census Bureau housing statistics and Yardi Matrix data, metro Atlanta residents have more than 1,000 square feet of living space per capita on average (or 22 percent more space than homes in greater Seattle, for instance).

Beyond a growing tech scene, sheer living space could be one of the few things Atlanta shares in common with Pittsburgh. “Residents in both metros can easily live large, literally,” STORAGECafé summarized, “as personal space in both locations is bigger than in many other urban hubs.”

On the flipside of the squeeze-o-meter, Miami and New York metros were found to have the least storage space for houses and apartments, though it’s possible dwellers of those cities enjoy having less stuff, too.

Analysts found that San Francisco and Los Angeles, meanwhile, have the least living space per capita among big cities. 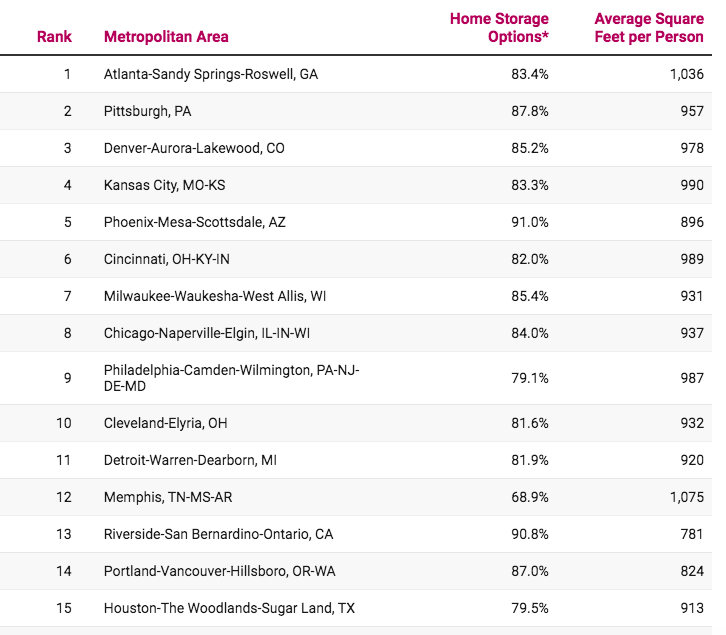 The top 15 large U.S. metros for "home storage potential," per the analysis. STORAGECafé