A parade on the interstate, Big Boi and Ludacris in concert, and people skipping work to day-drink in the name of sports—it doesn’t get much more Atlanta than this.

Following the Atlanta Braves’ dismantling of the Houston Astros to take their first World Series title since Bill Clinton’s first term, the metro is in for a monumental, cross-county parade and celebration for several hours Friday.

It’s such a big deal—this unusual feat of Atlanta professional sports triumph—most school systems in the core metro have announced they’ll be closed for the day. That includes Atlanta, Fulton, DeKalb, Gwinnett, Cobb, Clayton, and Douglas county school districts, among others.

For sports fanatics, Braves Country faithful, and regular Atlantans who could care less but suffer from FOMO, here’s what you need to know for witnessing history Friday: 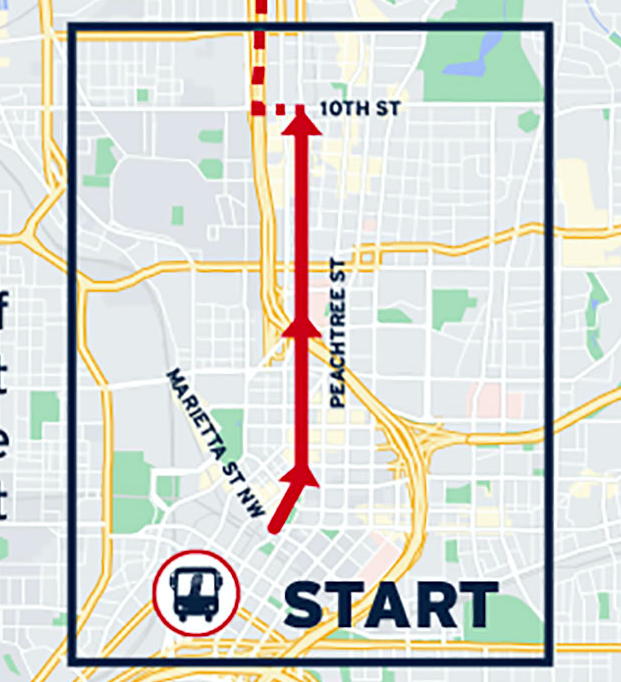 • The World Series parade is divided into two segments. The first is scheduled to begin at noon Friday downtown where Marietta Street meets Peachtree Street. (Think: beneath the iconic LED Coca-Cola sign).

That’s near the southwest corner of Woodruff Park—and less than a block from the MARTA Five Points station. It’s also a stop for MARTA bus routes 3, 40, and 816. 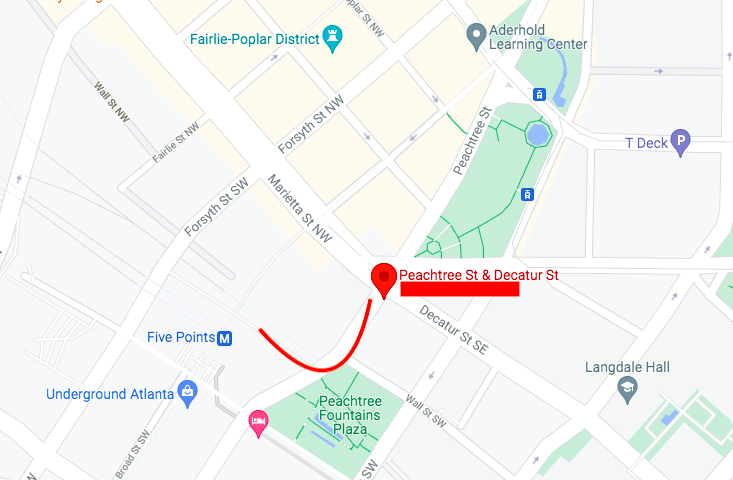 • From there, the parade travels north along Peachtree Street for roughly two miles into Midtown. It’ll pass Margaret Mitchell Square, a bevy of famed hotels, Peachtree’s new downtown pedestrian lanes, Krab Queenz, the Fox Theatre, and any number of bars before taking a left at 10th Street and heading onto the Connector/Interstate 75.

• Next stop: Cobb Parkway, where the parade will resume at the corner of Riverwoood Park, en route to The Battery Atlanta.

Route for the parade's conclusion along Interstate 75 and at Truist Park. Atlanta Braves

The 12-mile route across county lines is expected to end inside Truist Park with a celebration and post-speeches concert beginning at 3:30 p.m. (They plan to drive slow, it seems.)

It’s free to attend the stadium event, but tickets must be reserved through this team portal. Parking is $10, and the Braves organization strongly recommends buying tickets in advance.

• Note: Braves officials are warning that anyone who expects to attend stadium events likely won’t be able to see the parade in person, due to road closures, traffic, and crowds. Footage from the parade route, however, will be broadcast on the BravesVision scoreboard inside the ballpark.

• At 4:30 p.m., homegrown rap legends Ludacris and Big Boi (one half of Outkast) are scheduled to perform a special concert for Bravos faithful.

It’s all expected to wrap up at 6 p.m., when the weekend begins.

• The Truist Park gates will open at noon Friday, and fans will enter through Left Field and Third Base Gates.

Weather gurus are predicting a lot of clouds Friday but minimal chances of rain (less than 10 percent) and highs just shy of 60. So expect a cool experience, in every way. 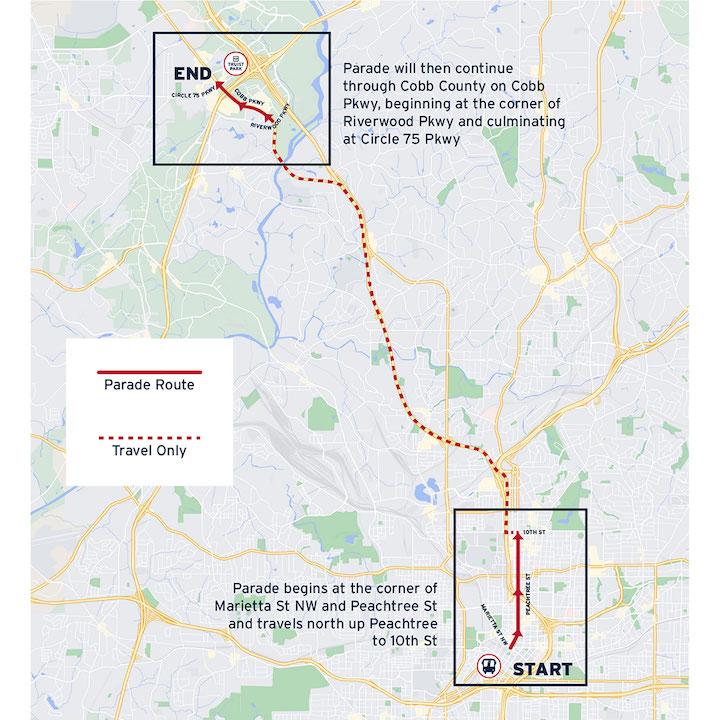