One of Atlanta’s most magical nights of the year is taking its talents to the Westside.

In an effort to bounce back after a pandemic-induced, two-year hiatus (in terms of full-blown audience participation on the Eastside Trail, at least), the Atlanta BeltLine Lantern Parade is kicking things off early in 2022 with a springtime event on the flipside of town.

Parade officials announced this month that a Westside Trail version of the enchanting procession will be held the evening of Saturday, May 21. Anyone who makes a lantern is invited to participate. 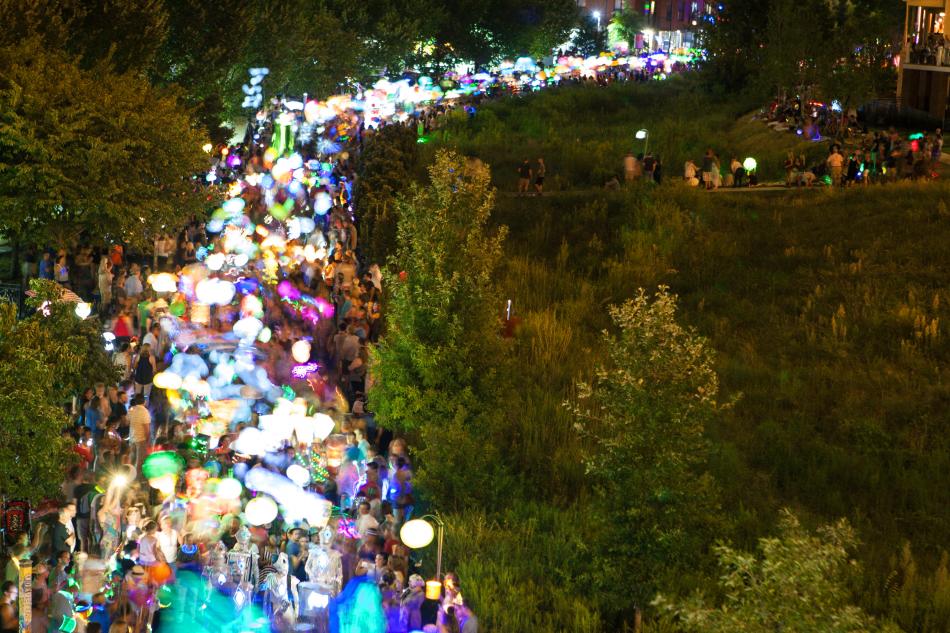 As organized by “parade artist” Chantelle Rytter and the Krewe of the Grateful Gluttons, the Lantern Parade’s Southwest Atlanta incarnation will start with an 8 p.m. line-up at Adair Park II. The large greenspace (688 Murphy Avenue) is located across the street from the West End MARTA station, which should help with accessibility.

From there, the parade will step off at 8:45 p.m. and wend through historic Adair Park to a BeltLine entrance.

Participants will then travel the Westside Trail to the Lee + White food and drink district, the final destination.

Described as a “beloved Atlanta celebration of creativity, community, and light," the grassroots parade had humble beginnings in 2010. That year, a few hundred creative souls marched with LED lanterns down the shoddy dirt railroad corridor that’s become the Eastside Trail—with no spectators on the sidelines. 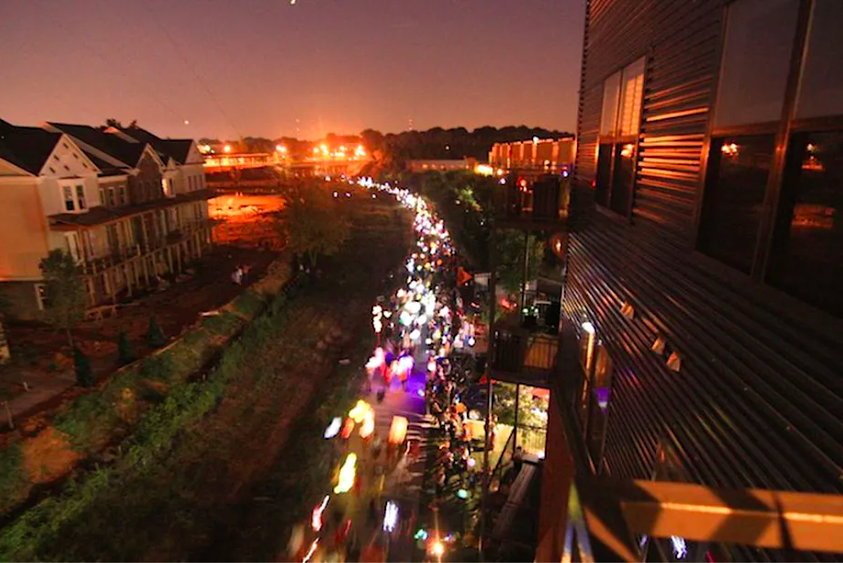 A much smaller procession in 2013—the first parade year after the Eastside Trail’s initial section was completed.Josh Green/Urbanize Atlanta

Prior to the pandemic, the Lantern Parade was drawing estimated crowds of 70,000 annually on the BeltLine’s Eastside Trail, concreting itself as a unique Atlanta tradition alongside the Dogwood Festival, Streets Alive, and Inman Park Festival, among other celebrations.

The parade’s return should be another sign that intown normalcy, however whacky, is making a comeback.