Another well-known food and beverage chain is moving forward with plans for a drive-thru restaurant in a quickly developing section of Old Fourth Ward two blocks from Ponce City Market and three blocks from the BeltLine.

Starbucks representatives are scheduled to bring plans before the BeltLine Design Review Committee this week for a new location on two parcels where Boulevard meets North Avenue, the current site of a 1940s home and the shuttered Premier Acute and Chronic Care.

Plans call for building a 2,500-square-foot Starbucks with a drive-thru and 26 parking spaces on a combined site just shy of .7 acres, according to the BeltLine DRC agenda. 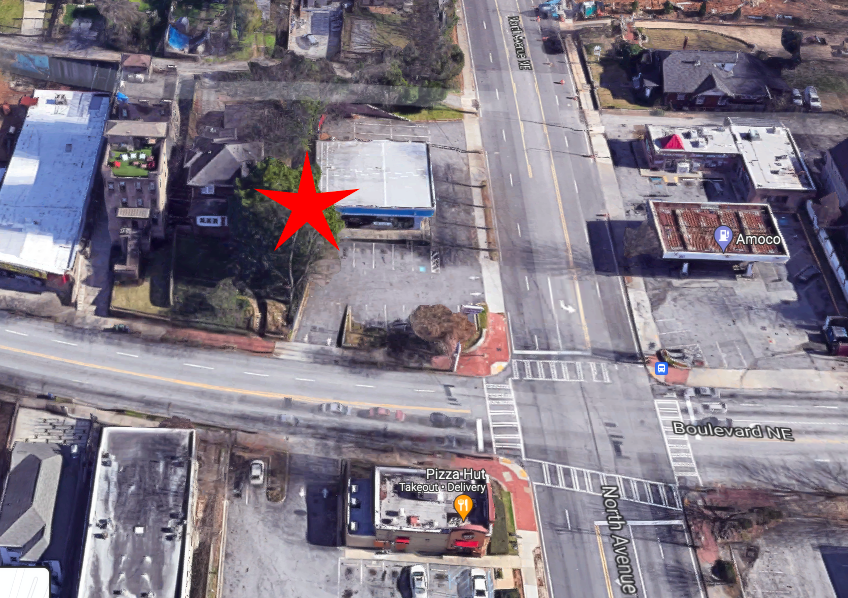 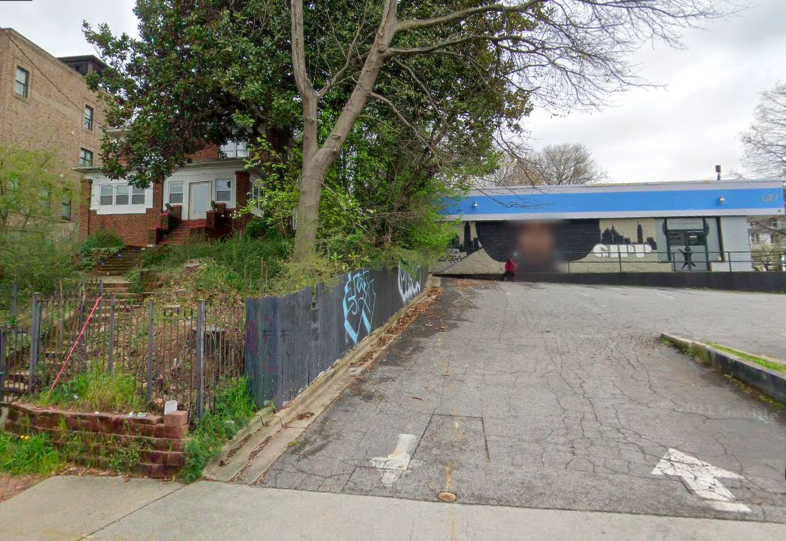 The coffee shop would operate on the same block as a new drive-thru Chick-fil-A that’s moving forward on the same side of the street, at the corner of Boulevard and Ponce de Leon Avenue.

Both of the adjacent properties Starbucks would require are now zoned for commercial businesses. The BeltLine DRC is scheduled to review only the northernmost home property, which an LLC called O4W Invest bought in 2018 for $530,000, records show.

Like other review boards in Atlanta, the BeltLine DRC acts as an advisory group for all projects within a half-mile of the BeltLine corridor, with a stated goal of playing “a pivotal role in promoting design excellence and a high standard for quality development.” 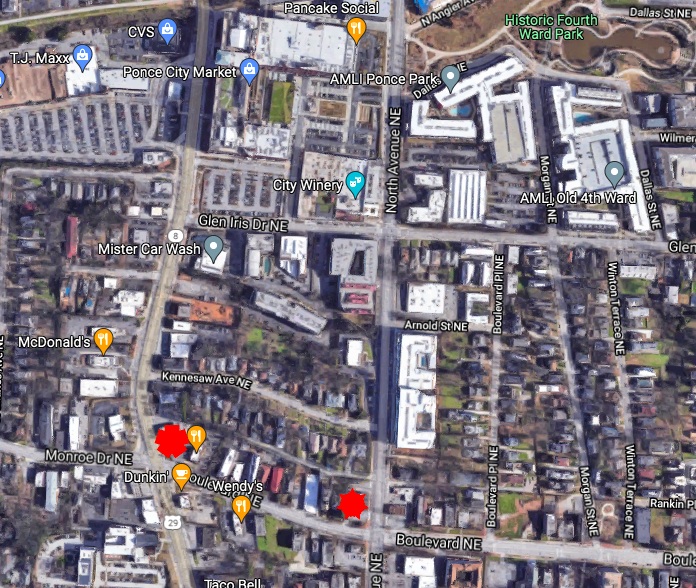 The location of the proposed Chick-fil-A (bottom left, in red) and Starbucks in relation to Ponce City Market and the BeltLine. Google Maps

Specifically this week, the BeltLine DRC is set to analyze the Starbucks proposal’s fenestration, or arrangement of doors and windows on the building.

Current designs have maximized fenestration—62 percent of the building along Boulevard, and 40 percent on North Avenue—to the extent that’s feasible, per the agenda.

Starbucks operates a dine-in location about a half-mile away, in the Midtown Place shopping center across the street from Ponce City Market.