Nearly four years after it was initially proposed, an office tower project appears to be moving forward—albeit in an altered state—amidst a Midtown corridor transforming with new development.

Cousins Properties is expected to bring plans before the Midtown Development Review Committee today for a 26-story office building that would climb from a long-cleared site where West Peachtree Street meets 8th and 7th streets.

Cousins’ initial plan for the 8th@West tower, as drawn up by Pickard Chilton and HKS architects, raised eyebrows for its striking, blade-like design among a forest of boxier new buildings. But that earlier incarnation called for substantially more square footage and five additional stories. 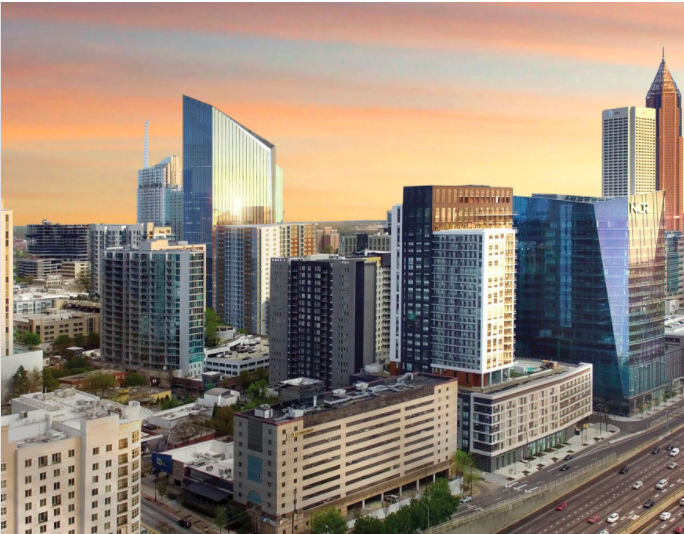 According to Midtown DRC officials, the building is expected to include a nine-story parking podium with 786 parking spaces accessed from 8th and Cypress streets. Retail would be placed along West Peachtree at the northwest and southwest corners of the site, with a shared lobby in between.

A central greenspace would bisect the block, allowing for a pedestrian corridor through the site, while an existing one-story building at the property’s northeast corner would be repurposed for restaurant or retail use, per the new plans. 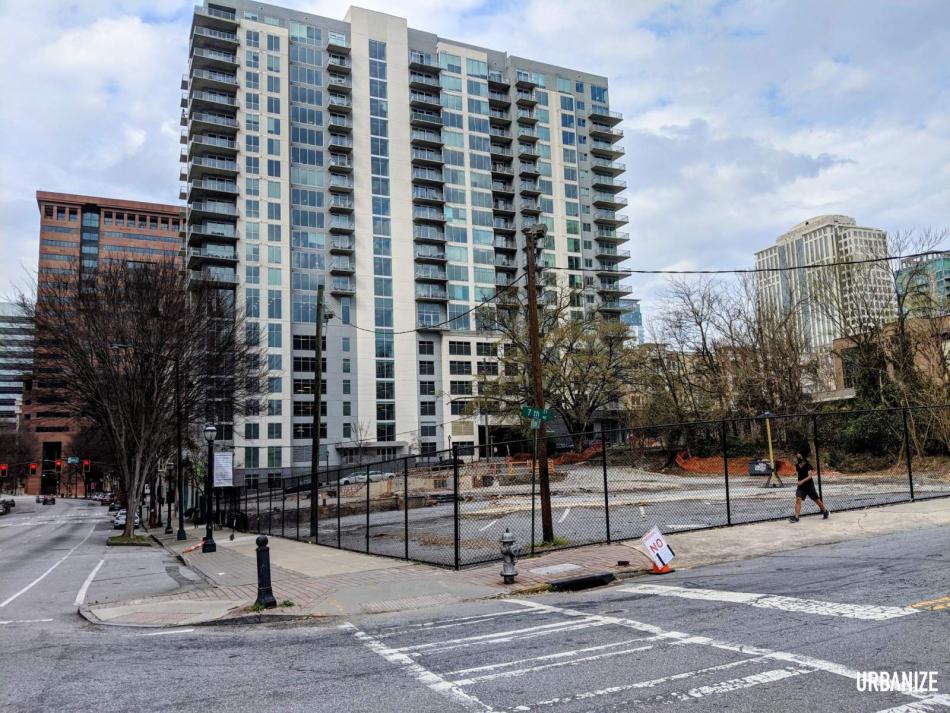 The cleared site in the 800 block of West Peachtree Street, as it appeared in March. Josh Green/Urbanize Atlanta

When originally pitched in the spring of 2018, the project was predicted to be Atlanta’s tallest office tower in a decade. A few blocks north on the same street, the office component of Selig Development’s 1105 West Peachtree complex—Google’s future Midtown headquarters—now stands 31 stories.

The proposal’s website has been disabled, but marketing materials on Cousins’ website still depict the 31-story building as initially proposed.

The Daiquiri Factory, a cleaners, and Sonic Mobile offices previously occupied by site, but last year Cousins razed those buildings and fenced the property. 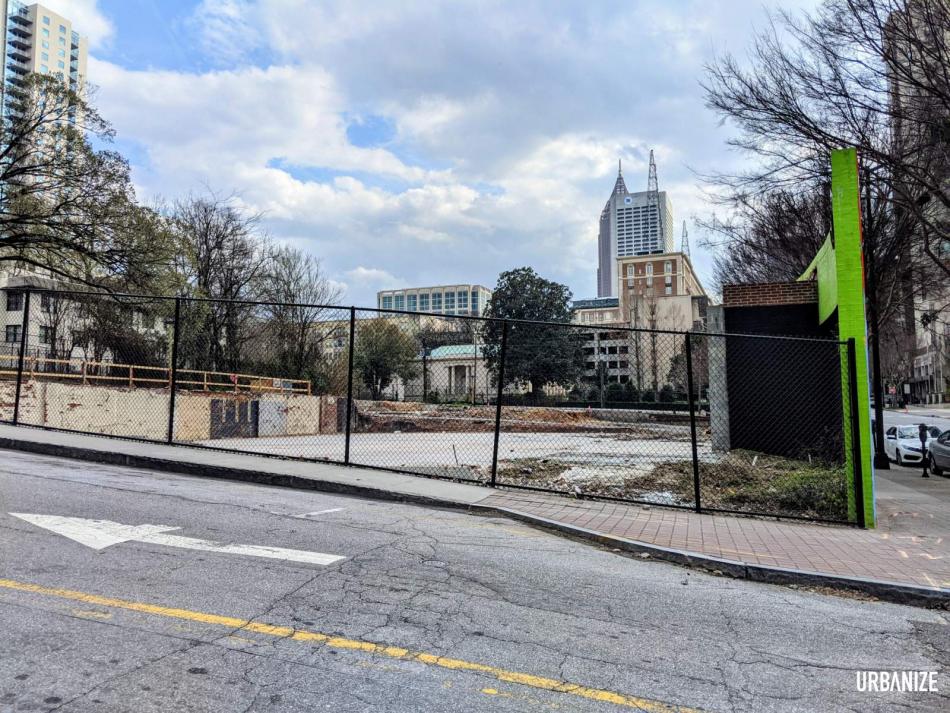