Contrary to popular complaints, not all new apartment communities around Atlanta are stick-built cubes.

To drive that point home, representatives with Miami-based Oppenheim Architecture have sent over a bounty of photos depicting virtually all angles of a project they seem particularly proud of: Star Metals Residences (since renamed Sentral West Midtown).

Opened in late 2020, the nine-story project brought 409 residences to the development mix that’s transformed Howell Mill Road the past few years. It marked The Allen Morris Company’s first project in the city, and the initial phase of its $344-million Star Metals district. Oppenheim also designed the accompanying Star Metals Offices building across the street.

Oppenheim reps say the project “establishes a buzzing revival of the West Midtown neighborhood” that formerly operated as an industrial hub of warehouses and rail yards. 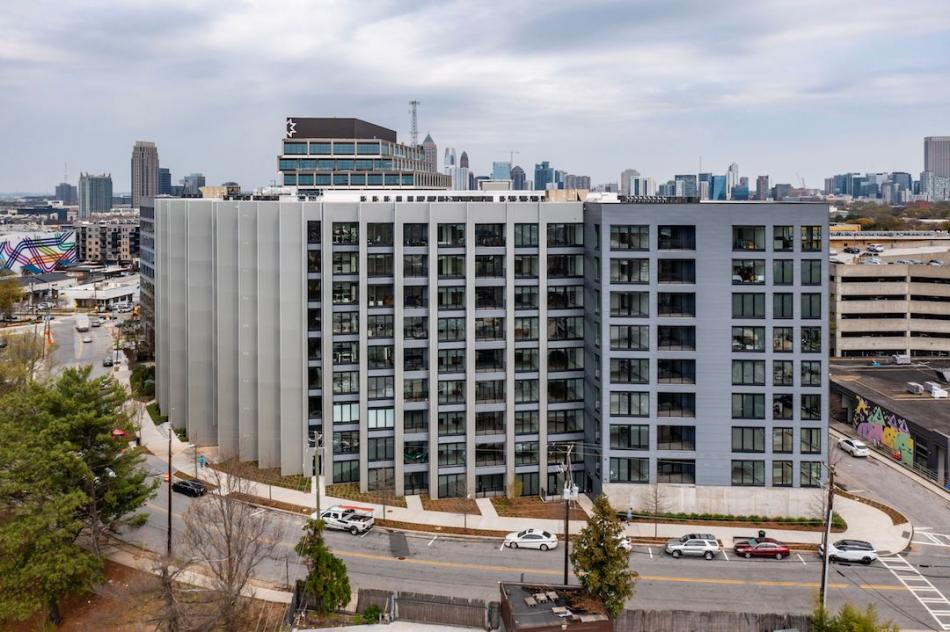 “The [apartment] project creates a powerful new identity with nods to its past—industrial materials, like a corrugated metal panel facade, and textural details honor the materials and structures from which it sprung,” reads a summary provided by the architects.

The apartment community is now called Sentral West Midtown as part of a switch to a “flexible living model” that will allow for rent arrangements of almost any period of time. It’s the latest intown multifamily development to use an atypical approach to apartment living, including a “hospitality living” tower proposed next to Ponce City Market with 400 units. Forthcoming Midtown towers Society Atlanta and 859 Spring, meanwhile, are also trying a co-living approach with parts of those properties.

In any case, Oppenheim’s images provide a spellbinding aerial tour of the ever-changing Howell Mill Road corridor and side streets collectively known as West Midtown. Take flight in the gallery above.