The last facet to fill out the four corners of East Lake’s new commercial hub has been a hit with townhome buyers, according to the project’s sellers.

Atlanta homebuilder JackBilt has begun topping out the first phase of a 20-townhome venture that’s claiming the sole empty corner at Hosea + 2nd. The broader project has replaced derelict buildings and vacant lots with restaurants, offices, and a salon the past five years.

Designed by TSW Architects, the four-story townhomes are called ELL Square for “East Lake Line,” a nod to the neighborhood’s nearby borders with Oakhurst and Kirkwood.

Half of six units listed thus far under contract, with prices beginning at $635,000 for three bedrooms and three bathrooms (plus two halves) in 2,060 square feet. 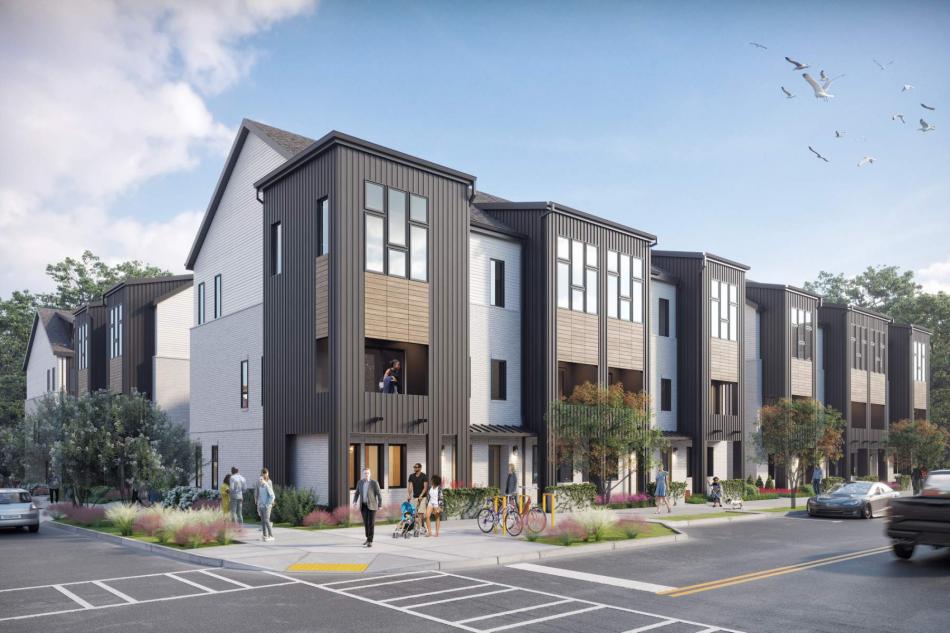 How the townhomes are filling the last empty corner of Hosea + 2nd, the southwest quadrant. Courtesy of JackBilt; designs, TSW Architects

No other townhouse in East Lake—or in next-door neighborhoods Kirkwood and East Atlanta, for that matter—has sold for more than $700,000, according to listing services records.

Positioned on the southwest corner, the Ell Square townhomes include garages and rooftop outdoor patios with fireplaces. A dozen will have the option for elevators. Planned communal amenities include a dog park and a central courtyard “square” with a lawn, firepit, and seating. 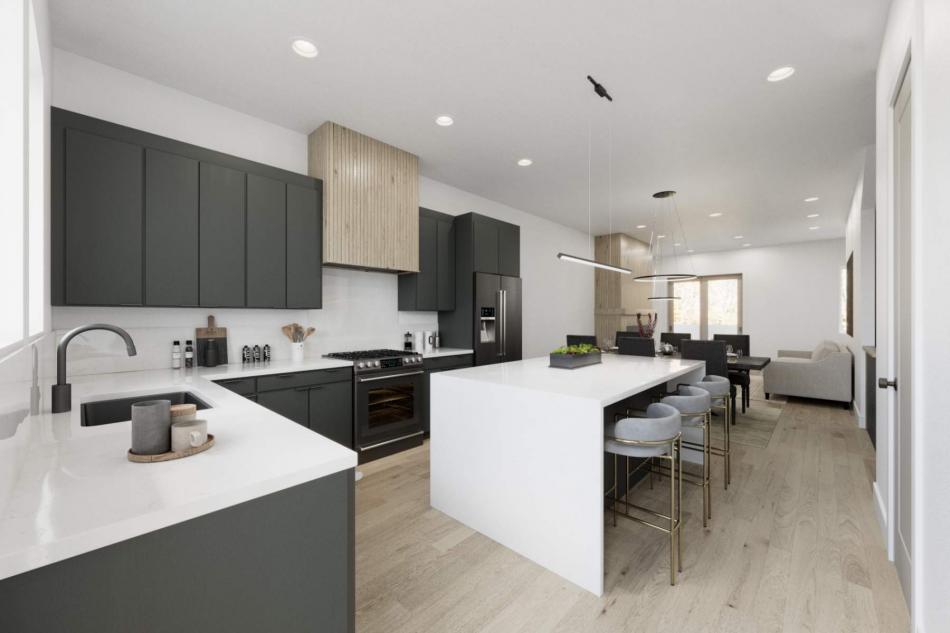 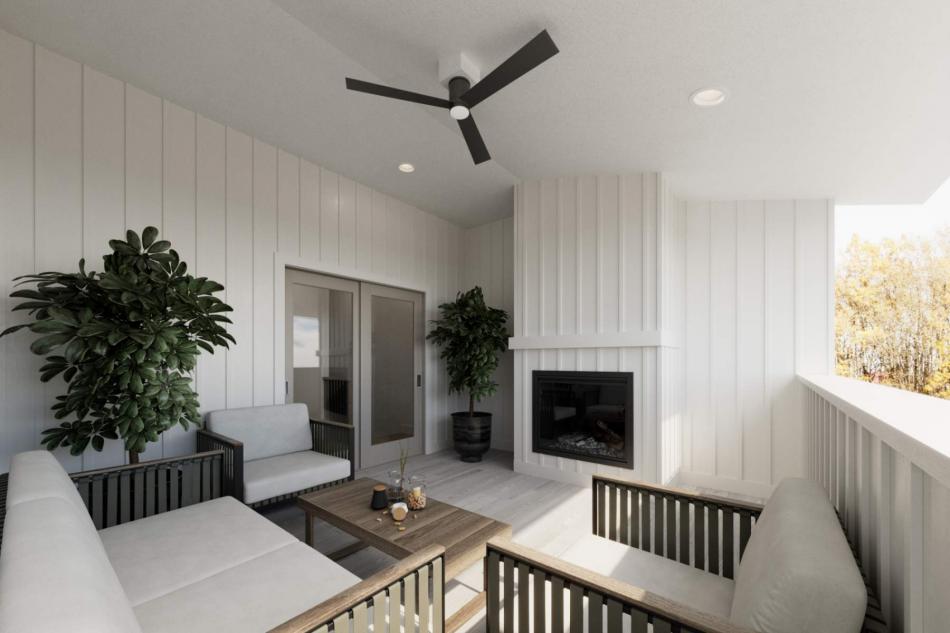 The first phase of 10 is under construction now, expected to finish in coming months. Renderings suggest an amalgamation of traditional and more contemporary styles that echo recent Hosea + 2nd additions.

JackBilt purchased the last undeveloped Hosea + 2nd quadrant from the owners of Fellini’s Pizza and La Fonda restaurants, Clay Harper and Mike Nelson. Those business partners had bought the four East Lake corners in 2015 from the Cousins Family Foundation, an organization that’s earned national attention for its work revitalizing East Lake since 1993.

Hair salon Cameo and the offices of Purpose Built Communities, a national nonprofit founded by developer Tom Cousins and chaired by former Atlanta Mayor Shirley Franklin, round out the roster.

The last available retail space—2,300 square feet, with an 800-square-foot wraparound patio—has been claimed by Hippin’ Hops Brewery and Oyster Bar. It’s one of Georgia’s first Black-owned breweries, with another location having opened this year in East Atlanta Village. 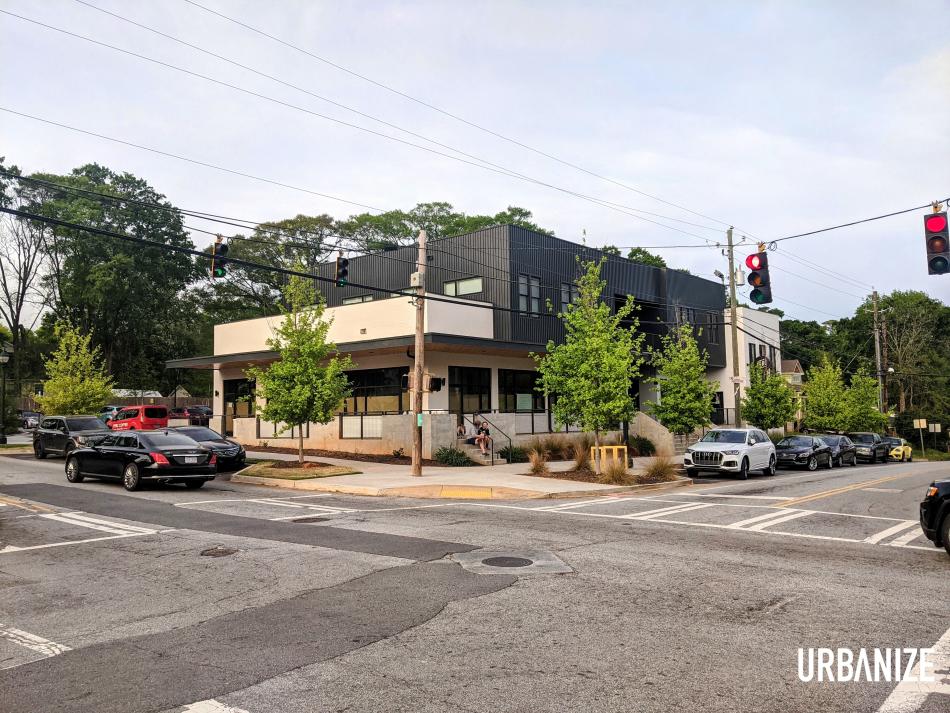 Kitty-corner from the townhomes, the Hippin’ Hops Brewery and Oyster Bar corner space is seen under buildout in April.Josh Green/Urbanize Atlanta

Co-owner Clarence Boston previously told Urbanize Atlanta he hoped to open the second brewery in East Lake in June. That didn’t happen, but an interior buildout is underway, and the brewery’s Instagram lists the second location as “coming soon.”