Construction activity on a corner lot in Sweet Auburn within whistling distance of a MARTA station is the latest example of an eastside rental community moving forward with what’s deemed exclusively affordable housing.

As with the 116-unit Madison at Reynoldstown project under construction along the BeltLine’s Eastside Trail, a multifamily venture recently broke ground on Gartrell Street that will feature a range of apartments all reserved for people earning specific income limits.

It’s a partnership between developer Pennrose and healthcare service provider Mercy Care, which just doubled the size of its clinic and office facilities next door in Sweet Auburn, a couple of blocks west of the neighborhood’s junction with Old Fourth Ward. 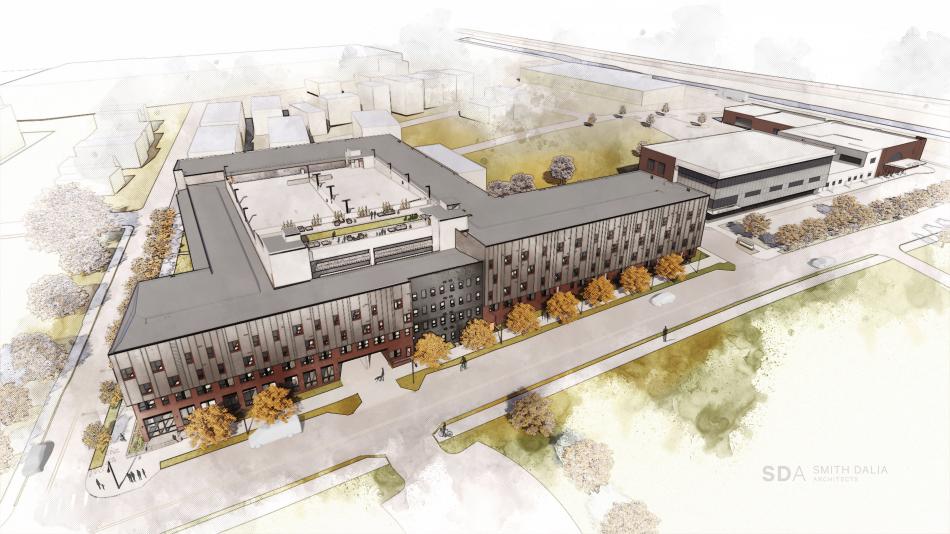 How the apartments will relate to the recently expanded offices and clinic, at right, just north of Decatur Street and MARTA's King Memorial station. Courtesy of Smith Dalia Architects

Reps with Smith Dalia Architects, the Atlanta-based firm designing both projects, tell Urbanize Atlanta the apartments will be independent of the offices and clinic but will share some parking.

McAuley Park’s 170 rentals will range from studios to two-bedroom apartments available for people earning a variety of income tiers, ranging between 30 and 80 percent of the area median income, according to Mercy Housing.

Another 100 units geared toward seniors are planned for a later phase. 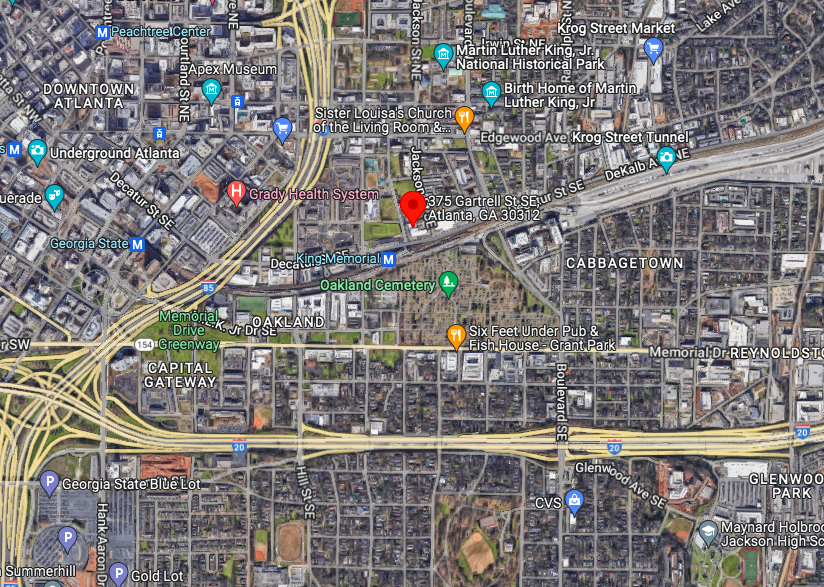 Where phase one of the Pennrose and Mercy Care apartment project has broken ground at 375 Gartrell Street NW in Sweet Auburn. Google Maps

Perks of the building will include a rooftop deck with views across downtown, resident lounges, a gym, and a business center, per Mercy Housing officials.

Leasing for McAuley Park is tentatively scheduled to begin in spring 2024.

Mercy Care credits corporate and philanthropic partners will making its 36,000-square-foot expansion next door on Decatur Street possible, doubling the size of former facilities and allowing for growth. 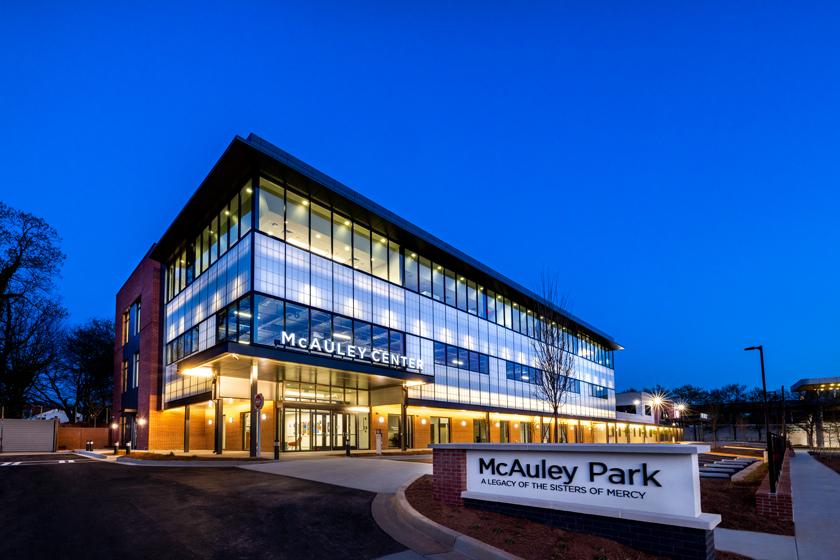 Mercy Care serves more than 6,000 patients at the Sweet Auburn facility considered vulnerable, with an emphasis on helping the homeless.

If the aforementioned partnerships ring a bell, Smith Dalia teamed with Mercy Care and Mercy Housing for a clinic project in Chamblee that opened in 2017. Mercy Housing, however, isn’t involved with the Sweet Auburn initiative.