City leaders are officially moving forward with an affordable housing initiative they say will boost access to transit-connected downtown lifestyles for a variety of Atlantans.

Invest Atlanta and the Department of City Planning are seeking developers for a city-owned, 1.3-acre parcel in the shadow of City Hall that’s been vacant and fenced-off for more than a decade.

Officials issued a Request for Proposals, or RFP, for the 104 Trinity Avenue SW property this week. It seeks ideas from developers capable of turning the sloped lot into a residential project “focused on lifestyle affordability, [a] mix of incomes and use, sustainability, and more,” according to an announcement today.

The Atlanta City Council voted unanimously in May to offload the property for $1 to Invest Atlanta, the city’s economic development arm. The assessed value is $1.3 million, per city records.

The land neighbors Trinity United Methodist Church, directly across the street from City Hall’s entrance. Years ago, it housed a number of low-rise buildings that stepped down with the street grade. 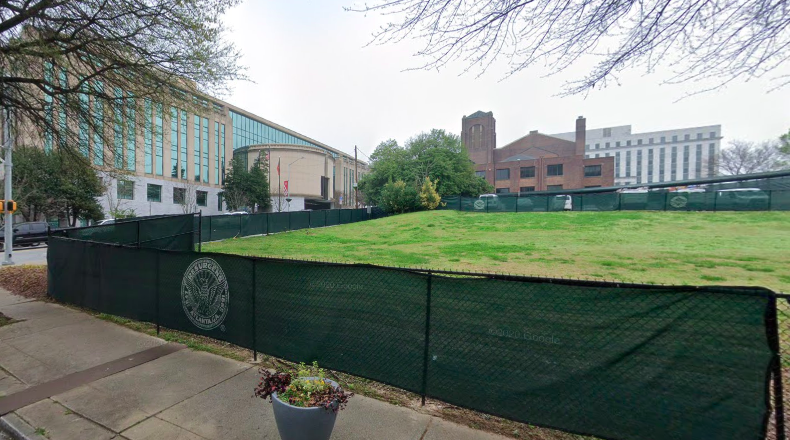 The sloped property in question, as seen from Central Avenue. Google Maps

According to the RFP, the chosen developer will have to keep 40 percent of apartments at rent levels considered to be affordable housing—including 20 percent of those reserved for residents earning no more than 60 percent of the area’s median income.

At least 15 percent of the units will be allowed to rent at market rate, per the city’s paperwork.

“To have this physical, tangible commitment to housing equity literally across the street from Atlanta City Hall should serve as a reminder that Atlanta is a city for everyone,” said Mayor Keisha Lance Bottoms in a prepared statement today. 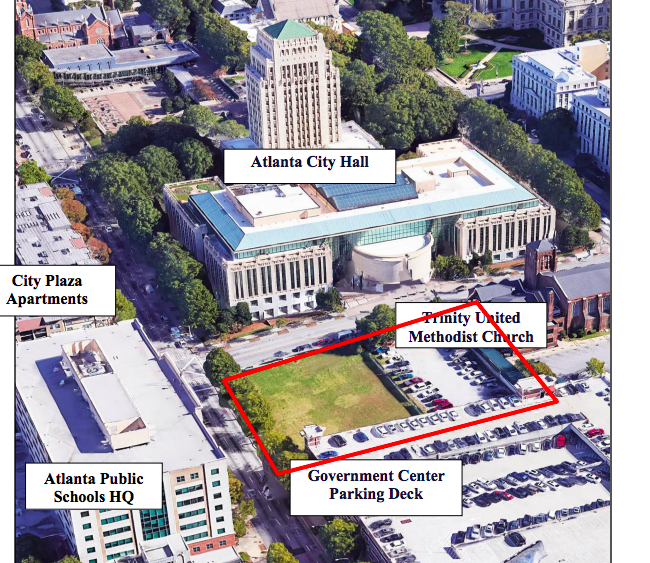 Eloisa Klementich, Invest Atlanta president and CEO, called the parcel “one of the city’s most central and convenient locations,” and one that eliminates a common hurdle for developing affordable housing.

Beyond accessibility for a mix of incomes, the multifamily rental project must incorporate mixed uses, sustainability measures, and a design “that creates a safe, enjoyable urban lifestyle for residents in a manner that prioritizes density to maximize the number of affordable units,” per the city’s requirements.

Tim Keane, the city’s planning commissioner, called “innovative and actionable strategies” such as “the redevelopment of underutilized public land for affordable housing” crucial if housing will be developed at a variety of price points across the city.

The deadline to respond to the RFP is October 13.