As the Atlanta-Fulton Public Library System nears completion of its $275-million overhaul of every branch in the system, Atlantans might want to take a moment to appreciate what a tremendous leap forward the effort has been.

Spanning from Buckhead to Palmetto and beyond, the nearly decade-long revitalization process has seen the library system partner with more than 20 architecture, engineering, and construction firms to modernize APFLS systemwide. Some libraries echo site-specific history, as with the Metropolitan branch incorporating stonework and stained glass from a church that had previously stood there. Others provide services such as laptop and hotspot checkout to meet the needs of current library users.

Below, we’ve spotlighted eight examples of noteworthy renovations and ground-up construction projects from the system’s nearly three-dozen branches. Might we suggest you put the addresses in your GPS, experience a variety of nontraditional architecture, and enjoy a good read while you’re at it. 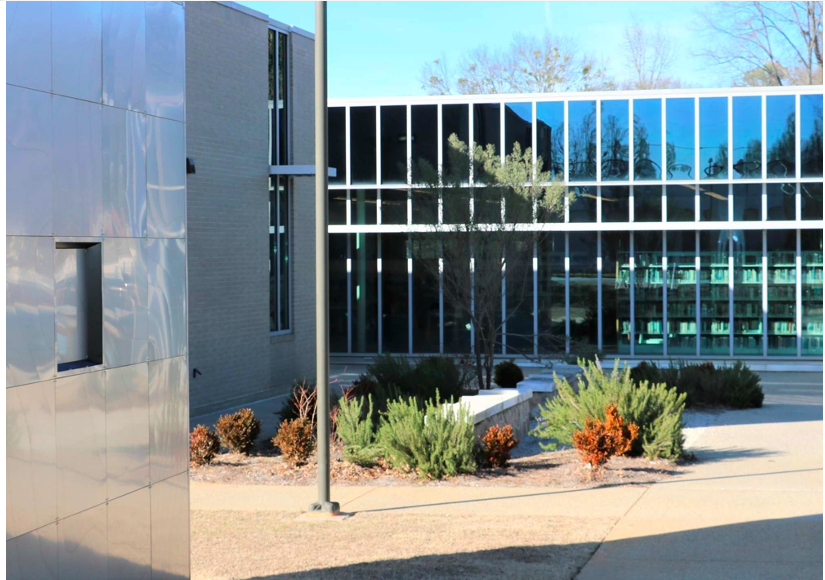 When: The low-slung, understated Metropolitan Library was opened in 2015. At the time, it was the newest library in the Fulton County Library System and was replacing the oldest, the Stewart-Lakewood Library, which had been serving the community for 56 years.

New services/features: The work paid homage to a large church formerly located on the site by using reclaimed materials, such as entry columns and stained glass pieces that are showcased around the new library. Meeting spaces for programs and events were also included. 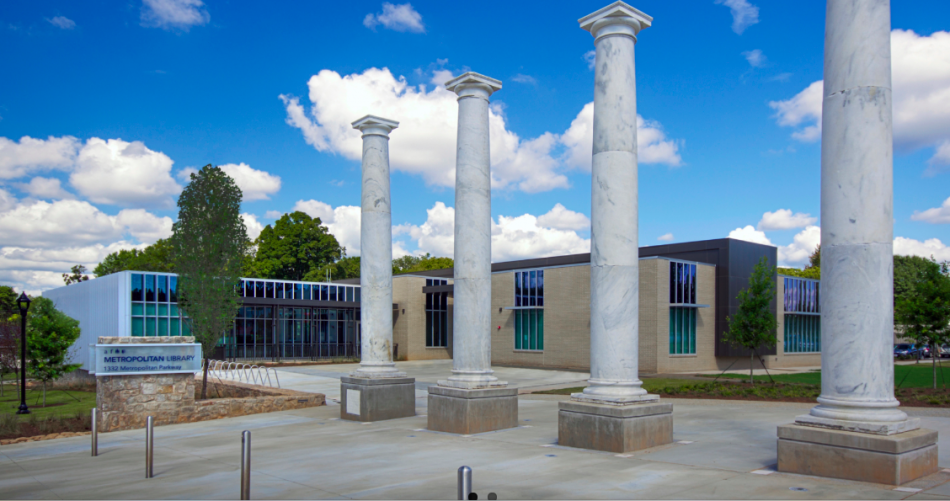 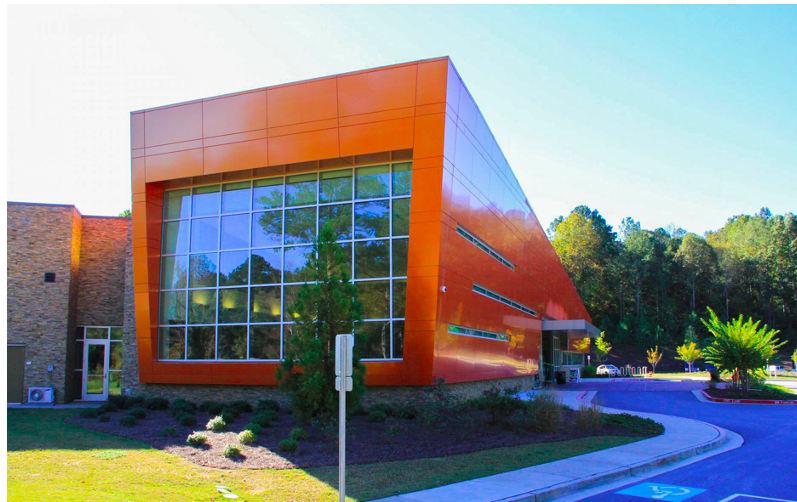 When: Groundbreaking in May 2013, opened the following September.

Who: Leo A. Daly Co. led design and engineering. Hogan Construction Group provided construction management services on this project, and Heery/Russell was the program management team.

New services/features: Beyond the bold exterior (our favorite new construction on the list), the library features a large meeting room area, study rooms, a music room, and separate spaces for teens and children. The library is adorned with an exhibition of striking pieces from artist Lynn Marshall-Linnemeier called Strength of Heart: A Journey Project for the community at Wolf Creek. 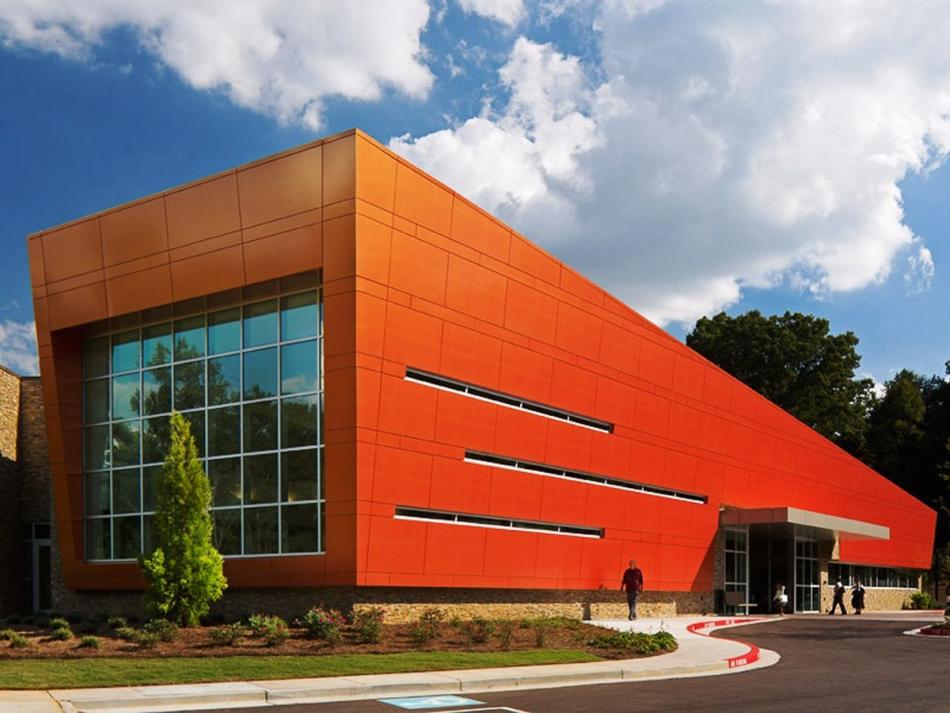 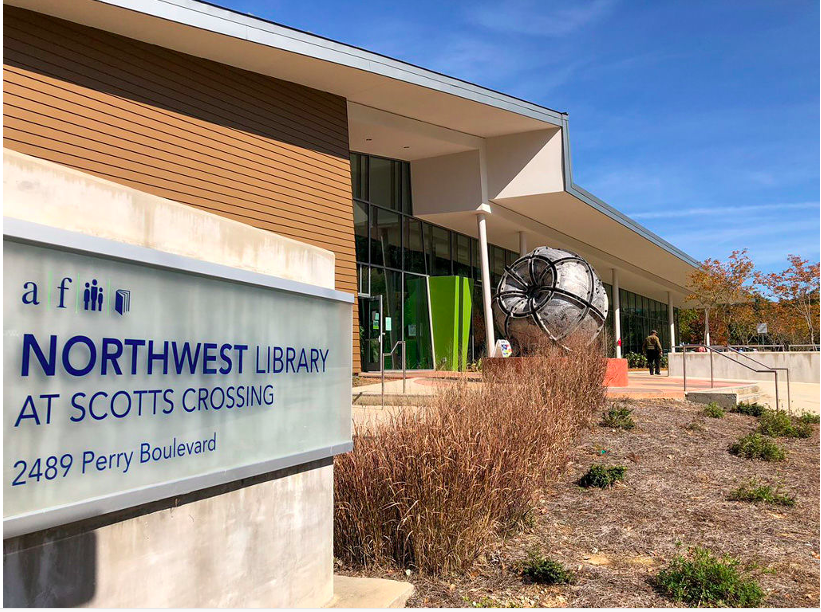 Where: 2489 Perry Boulevard NW, not far from the Cobb County line.

When: The groundbreaking was held in July 2014, and a grand opening came two years later.

Who: CollinsCooper Carusi Architects, in association with The Freelon Group Architects, provided design and engineering services for the new library. Benchmark Construction and Brasfield & Gorrie, a joint venture, was contracted for construction management, and Heery/Russell was the program management team.

New services/features: Beyond the modern exterior, unique spaces are provided for children, teens, business start-ups, and the general patron population. 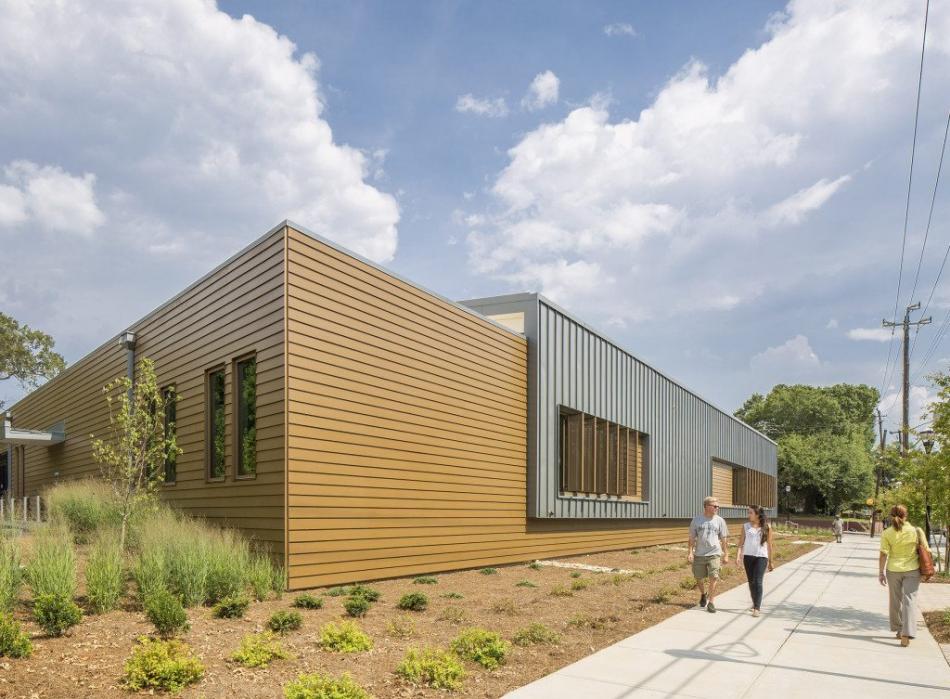 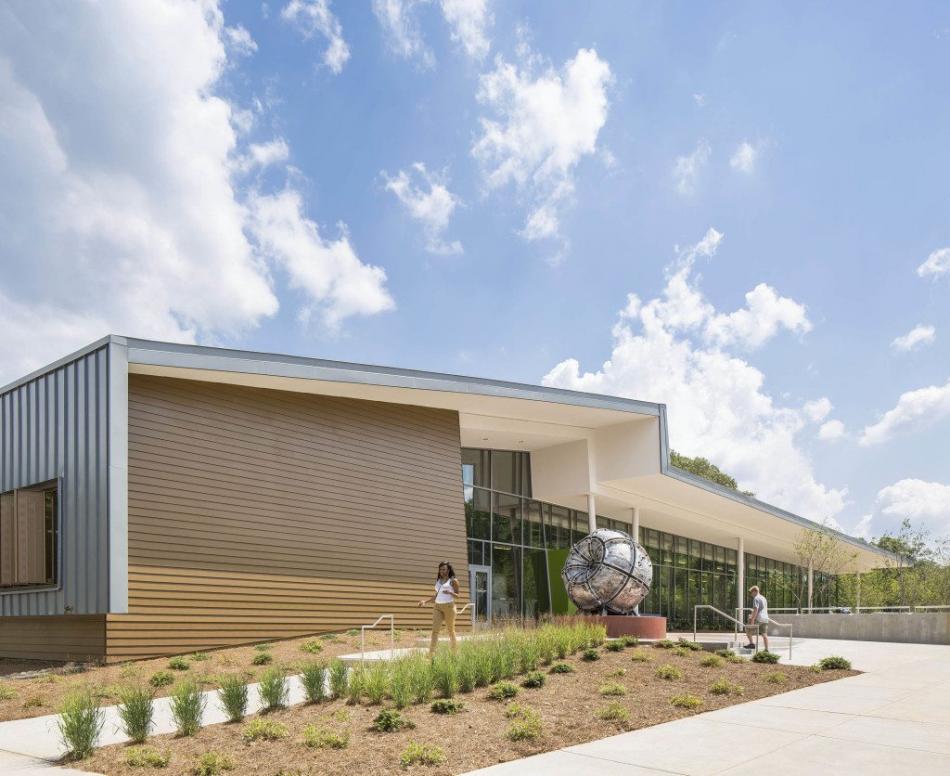 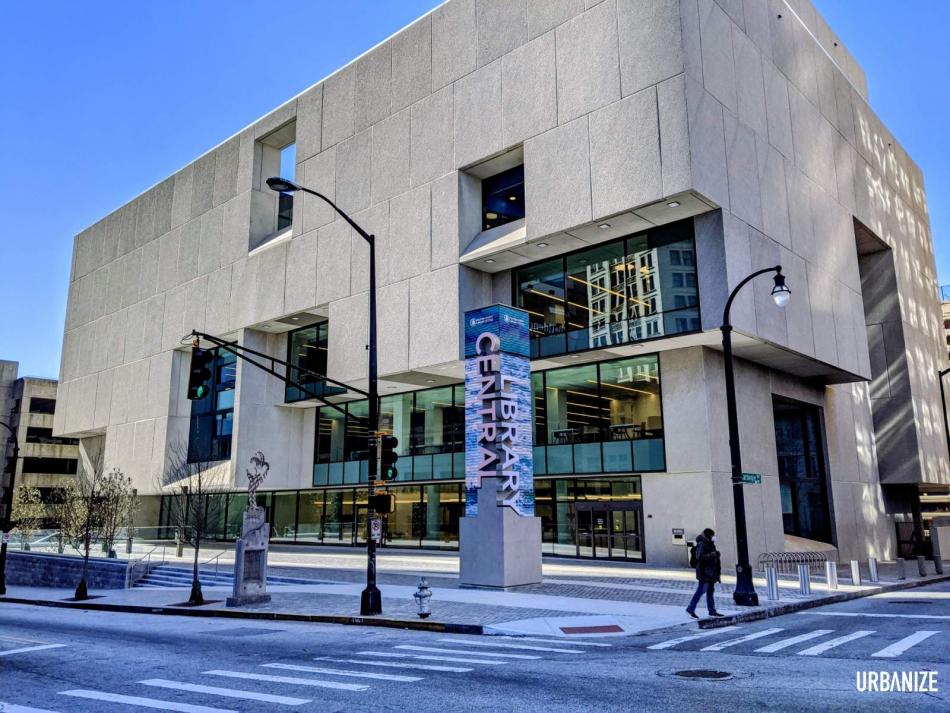 Where: One Margaret Mitchell Square.

When: The last completed work of renowned Brutalist architect Marcel Breuer, it closed for renovations in August 2019. The controversial project is expected to be completed this year; exterior alterations finished months ago.

New services/features: Beyond the much-debated exterior alterations, one of the main changes to Breuer’s landmark involved moving the library area for the visually impaired to the first floor to improve accessibility. In addition, spaces were created for artists to display their works in the library. The Atlanta-Fulton Central Library is expected to achieve Gold LEED status, too. 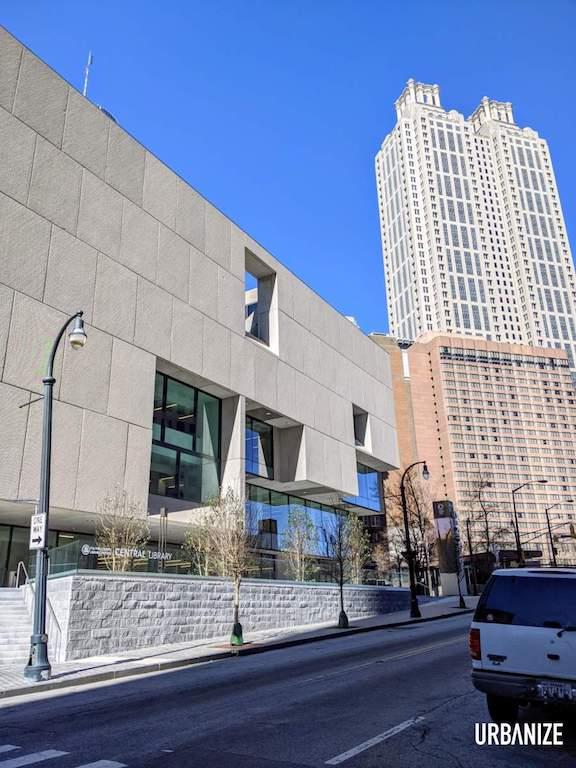 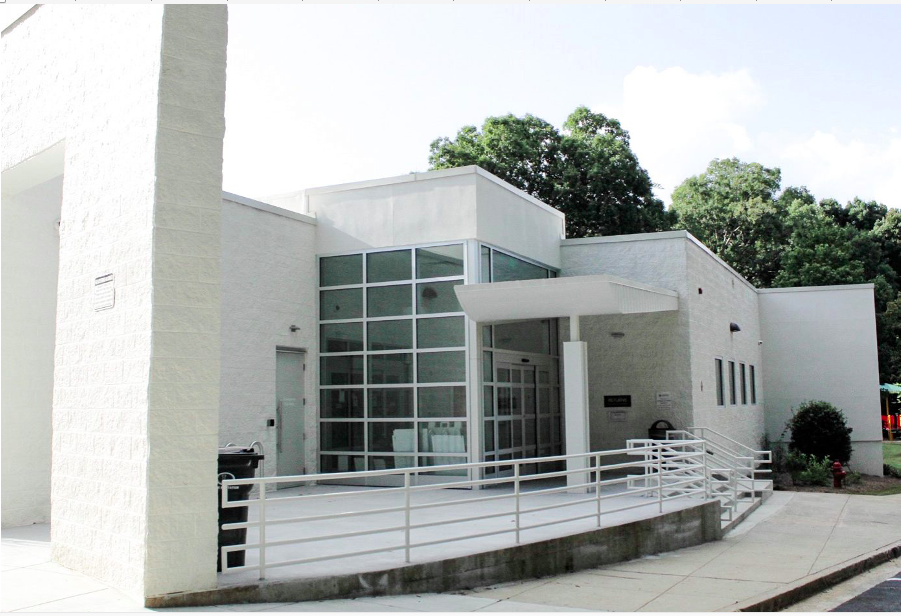 When: Closed for renovations in June 2019, the project was completed the following May. On February 18 this year, Cleveland Avenue Library became Fulton County Government’s and the State of Georgia’s first LEED Platinum Public Library. Kudos!

Who: Design/build team of CT Darnell Construction, 720 Designs, and CPL Architects contracted with the city to provide design, engineering, and construction management services, and Heery/Russell was the program management team. 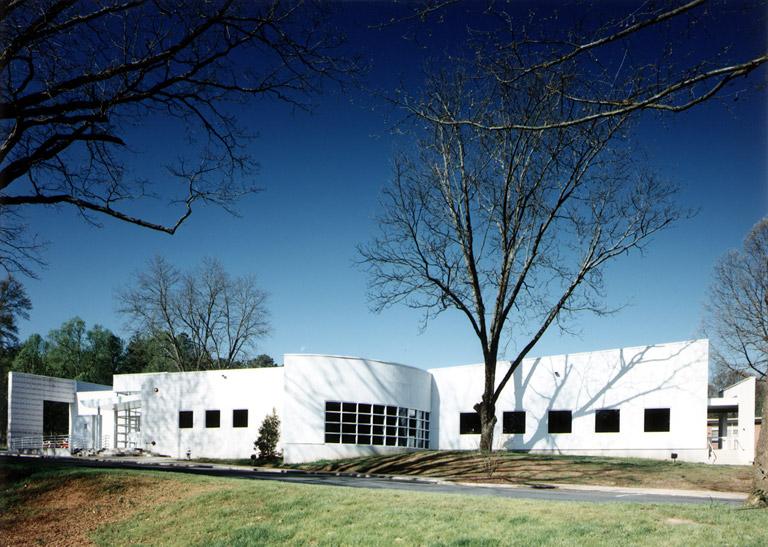 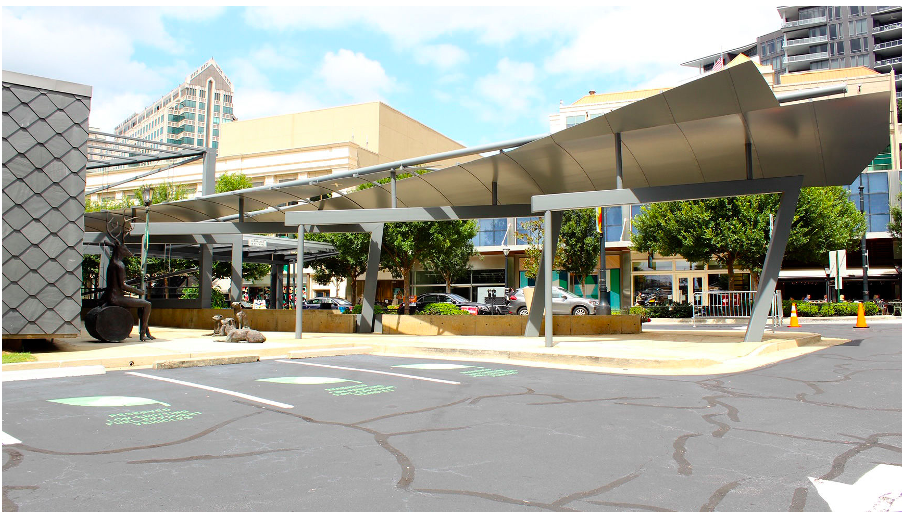 Where: 269 Buckhead Avenue NE. It serves the Buckhead community, fittingly from the tony shopping district now owned by Jamestown.

Who: The design/build team of Evergreen Construction and McAfee3 Architects contracted with Fulton County to provide design, engineering, and construction management services. Heery/Russell was the program management team. 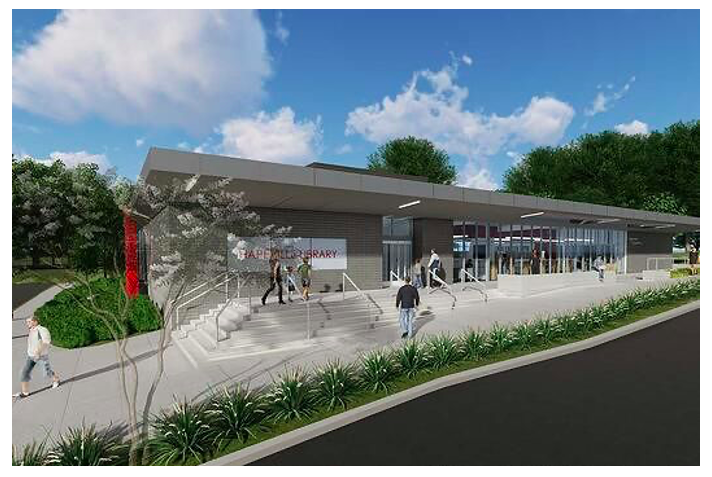 When: Groundbreaking in November 2019. The project wrapped in February.

Who: The design/build team of Albion General Contractors Inc. and McMillan Pazdan Smith Architecture, with project management a joint venture by Heery/Russell, brought the beautifully contemporary facility to life.

New services/features: Patrons can check out passes to parks, Zoo Atlanta, and museums. Other services include wireless printing, and laptop and hotspot checkout (all based on availability). 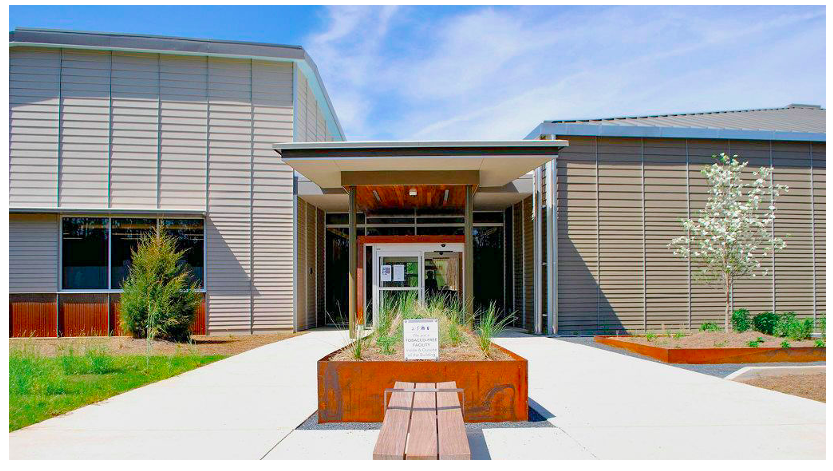 Where: 9111 Cascade Palmetto Highway in Palmetto.

When: Groundbreaking in February 2014, with a grand opening just before Christmas the following year.

New services/features: Last but not least, the Palmetto Library was imagined as a series of “rooms,” or small buildings, nestled within a semi-rural landscape, with a nearby barn providing inspiration for designs. It draws on vernacular structures from the Palmetto area and features large rooms, corresponding to the major functions of the library.

“The structure will age well and give a rich patina to the building as time passes,” notes the library system.