What’s described as a “once-in-a-lifetime opportunity” and one of Kirkwood’s most unique properties listed this past weekend for the first time since it was overhauled in 2014.

It’s a 1925 bungalow in the 1800 block of Hosea Williams Drive with plenty of features you don’t often find intown—most notably the two former shipping containers forged into rentable tiny homes in the backyard.

The two Accessory Dwelling Units—or ADUs—are marketed as a prime opportunity for short-term rental income via services such as Airbnb. They’re an example of the housing type that Atlanta government leaders have made efforts to allow across the city, as opposed to specific districts, though neighborhood groups in places such as Buckhead have pushed back.

Beyond a place to live, the Kirkwood property is described as an investment opportunity. Supporters of ADUs and other nontraditional housing say they increase affordability for both homeowners and the renters who might not be able to afford larger, more traditional, or newer apartments intown.

Set atop a finished basement studio that’s accessed via a kid’s-dream “secret” hatch and ladder in the floor, the bungalow is located a couple of blocks from Kirkwood’s downtown commercial district, across the street from Toomer Elementary School. 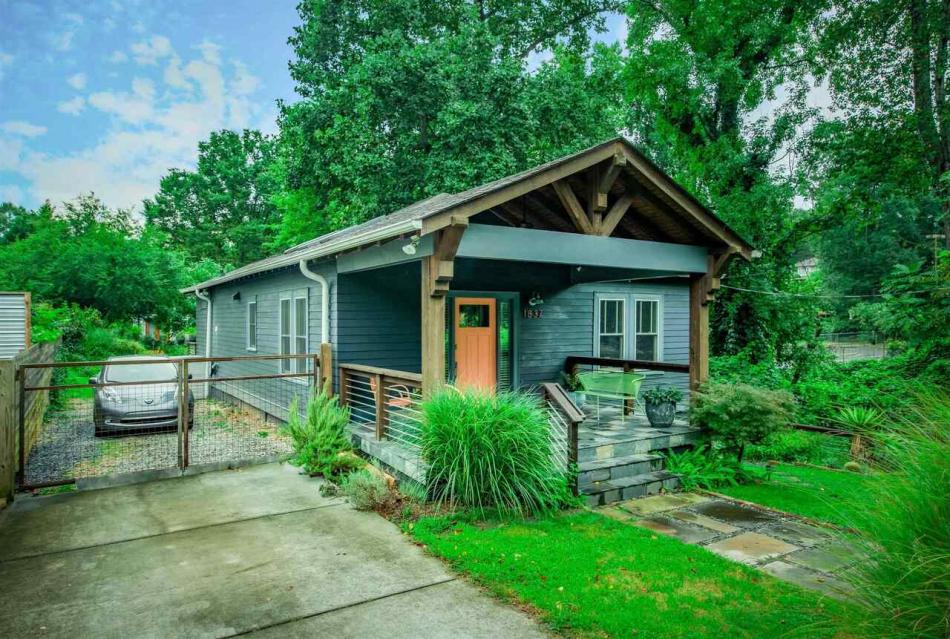 The revised, circa-1925 bungalow facade at 1837 Hosea Williams Drive. Photography by Will Dodgen/J. Rich Atlanta 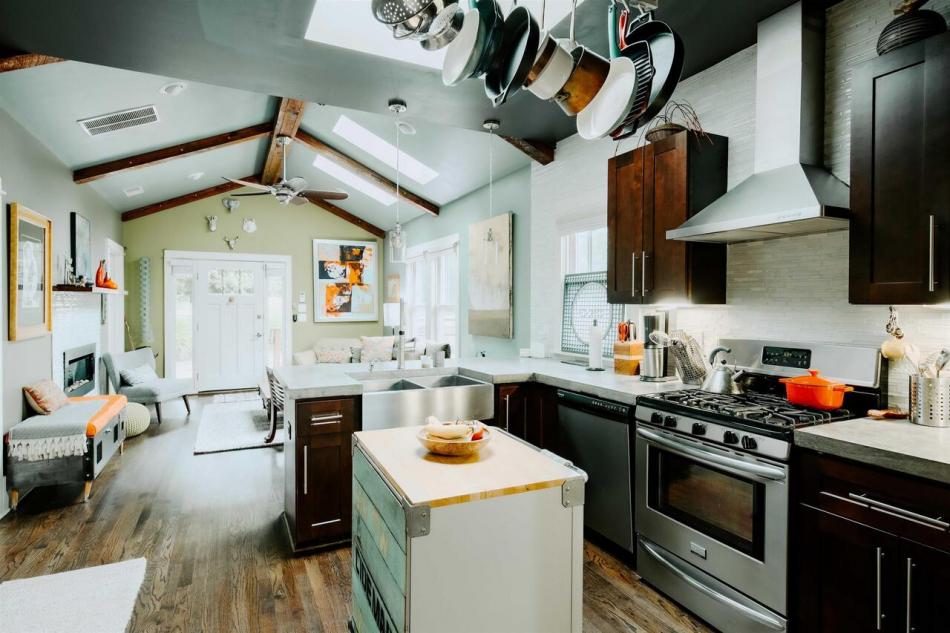 The bungalow's kitchen, under skylights. Photography by Will Dodgen/J. Rich Atlanta

Priced at $599,900, it has two bedrooms, two bathrooms, vaulted ceilings, and one nifty garage door that links the dining room with a screened-in porch. Zillow pegs the bungalow’s square footage at 1,336.

The back deck leads to what’s described as a floral meadow of walkways and gardens, with the single-bed ADUs set in the back. Neither are currently listed as short-term rentals, which makes sense with a for-sale property. 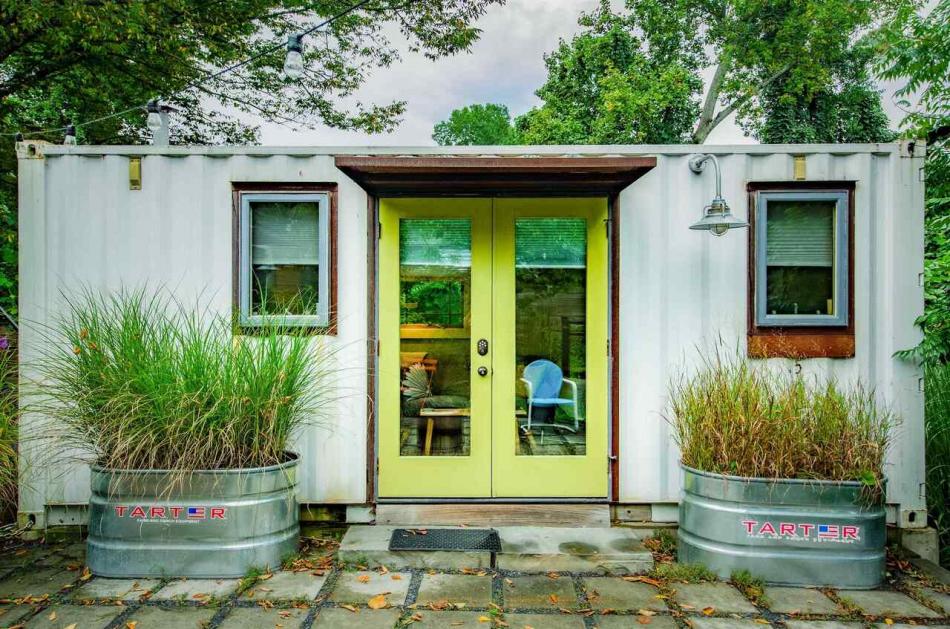 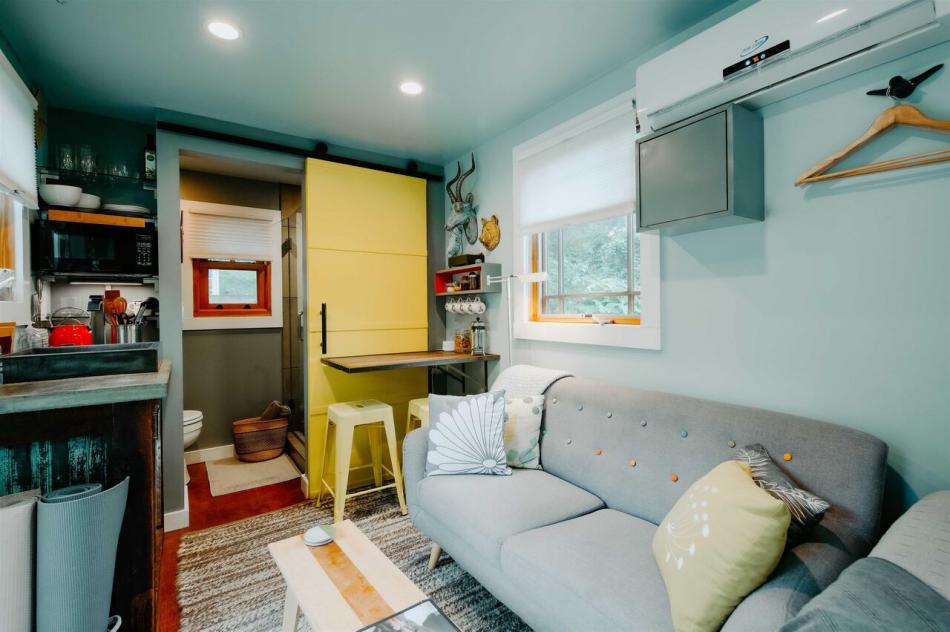 The living room and kitchen combo created within one of the former shipping containers. Photography by Will Dodgen/J. Rich Atlanta

Listing agent Jonathan Rich of Keller Knapp Realty told Urbanize Atlanta this morning that sellers received multiple offers over the weekend, so the property "likely [will] be under contract today,” said Rich. “[It’s] one of Kirkwood’s most distinctive listings for sure.”