If a two-level condominium priced less than $400,000 with Piedmont Park as its front yard sounds like an attractive deal right now, it might be. Let’s investigate.

Listed this week, the unit in question occupies the upper floors of a condo building called Park Gate Midtown, built in 1982 across the street from a main Piedmont Avenue entrance to Atlanta’s marquee greenspace.

It’s an understated white building amid a growing forest of glassy high-rises you might not have noticed before. 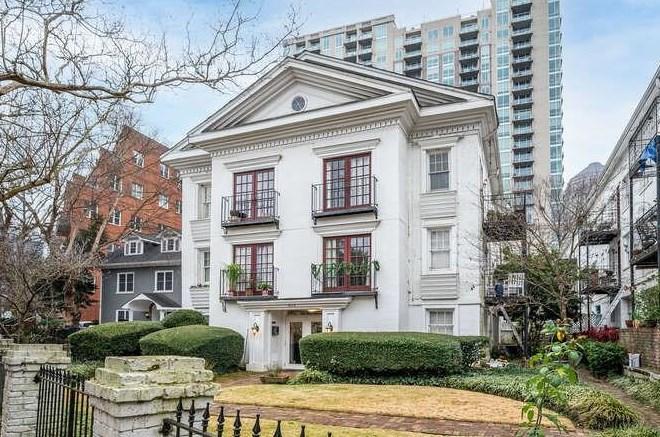 Anyhow, Unit 202 has two bedrooms and two bathrooms (one for each floor) in 1,072 square feet.

Connecting the levels is what the Atlanta Fine Homes Sotheby’s listing describes as the home’s pièce de résistance—a metal spiral stair that leads up to a versatile if small loft space, a bedroom, and a full bath with rainfall shower (and one of several skylights).

The “European charm” here owes to the fresh coat of alabaster paint, Juliette balcony overlooking the park, new hardwoods, and general airiness, making the condo “reminiscent of a Parisian pied-à-terre,” as the listing describes it. 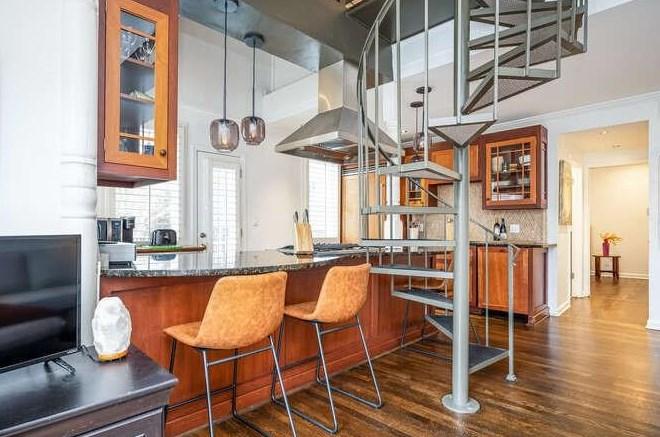 Other perks include the Viking kitchen with a wood-paneled fridge (not every buyer’s cup of tea, but appropriate here), a discrete laundry arrangement, and a covered, deeded parking space. The location, of course, allows for walkability to dozens of restaurants—and bike-ability to hundreds more.

All things considered, it’s marketed as “anything but a cookie-cutter Midtown condo,” and there’s no arguing that.