As 2021 draws to a close, Midtown’s status as a densifying boomtown within the city shows few signs of abating.

Midtown Alliance counts 17 projects under construction around the subdistrict’s 1.2-square-mile core, all but two of them climbing 17 stories or higher.

Indications are that three more high-rises—with a collective 117 stories of vertical development—could join Midtown’s “under construction” ranks soon. With planned heights between 26 and 61 stories, the projects would be located within a few blocks of each other, either on the rapidly developing West Peachtree Street corridor or just east of it. 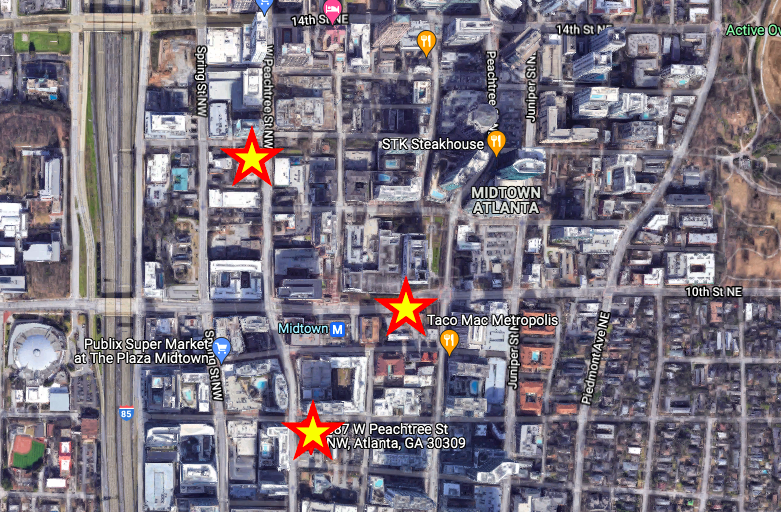 This week all three proposals came before the Midtown Development Review Committee, an appointed board that vets proposals and provides recommendations to the city’s Office of Planning. Two projects were returning to the Midtown DRC after a meeting last month, another was debuting plans altered from a previous design, but in each case, the committee’s recommendations for changes were classified as “minor.”

No solid groundbreaking timelines have been established, and the Midtown DRC expects to receive updated plans soon as projects evolve. Here’s a quick recap: 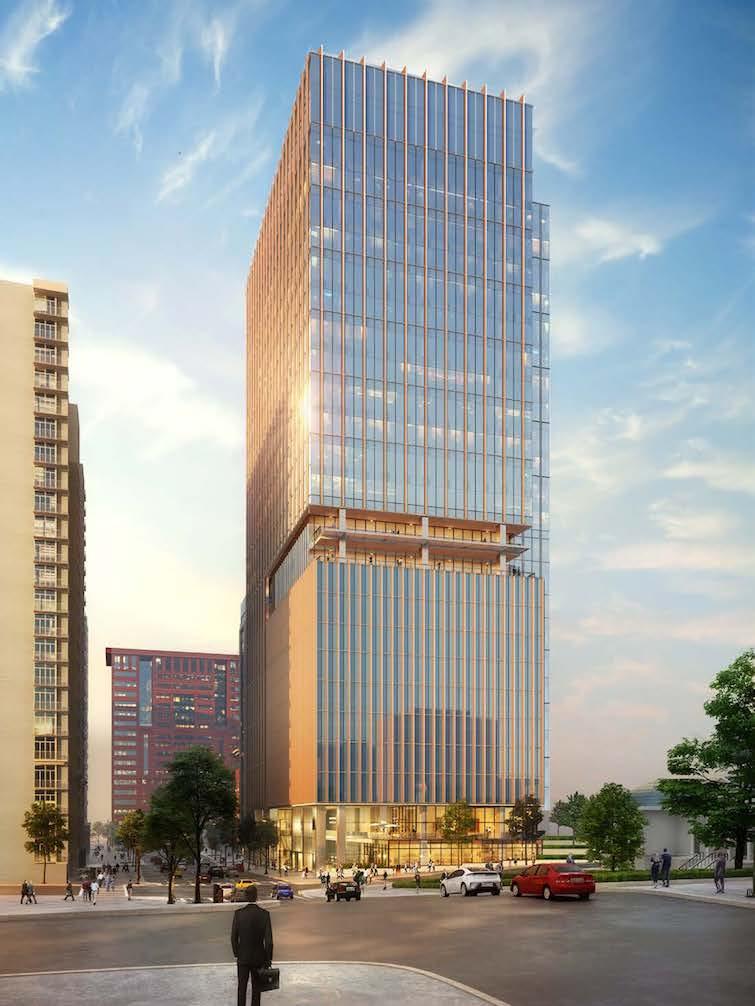 What: Offices totaling 408,000 square feet, plus 14,000 square feet of sidewalk retail at the northwest and southwest corners of the site, with a lobby in between.

Who: Cousins Properties, with architects HKS and Pickard Chilton.

Where: A block along West Peachtree, between 7th and 8th streets, replacing razed buildings that most recently housed The Daiquiri Factory, a cleaners, and Sonic Mobile offices.

Also: A nine-story parking podium with 786 parking spaces would be accessed from 8th and Cypress streets. A central greenspace would bisect the block, allowing for a pedestrian corridor through the site, while an existing one-story building at the property’s northeast corner would be repurposed for restaurant or retail use.

Seeing it for the first time in its current incarnation, Midtown DRC generally applauded the building’s site design, architecture, and greenspace facet. Per a meeting recap, committee members offered these recommendations: 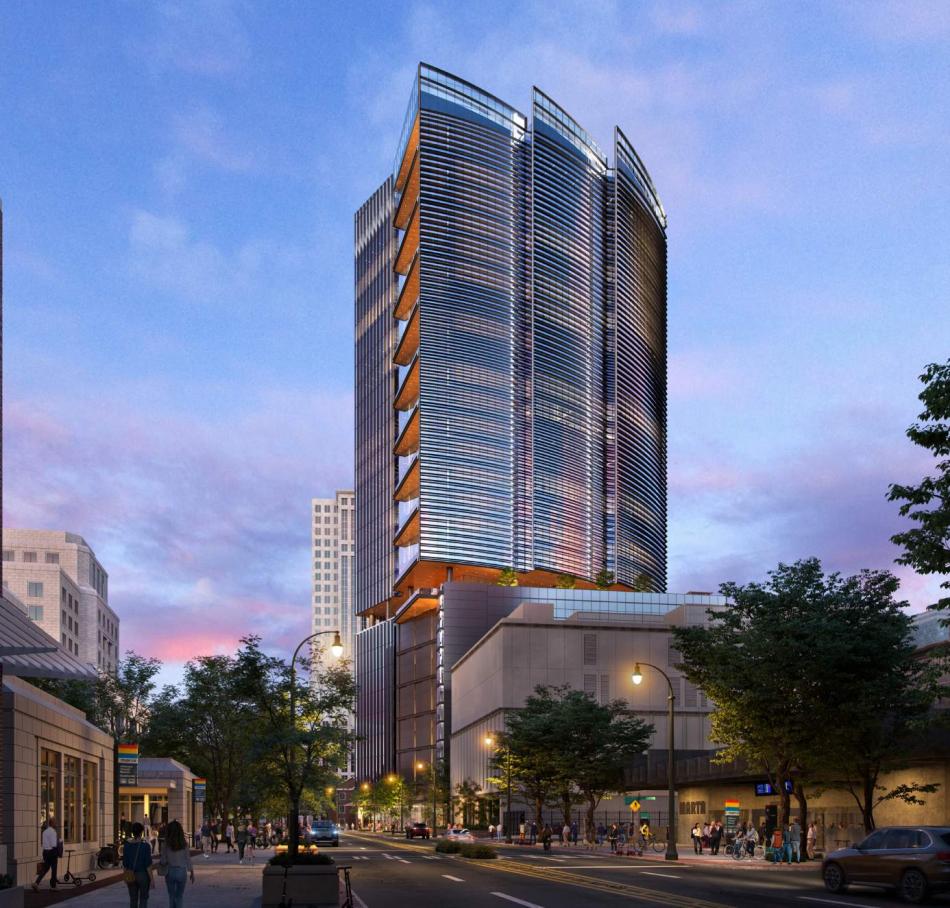 Who: Trammell Crow, with designs by Duda Paine and HGOR.

Where: The building would rise at 80 Peachtree Place NE, a parcel currently occupied by Delta Community Credit Union and its parking lot. The site is across Crescent Avenue from the Margaret Mitchell House, a few yards from the Midtown MARTA station.

Also: About 9,000 square feet of retail would front 10th Street, with a smaller café space planned along Peachtree Place. Plans also call for a 13-story, enclosed parking podium with 828 spaces.

Midtown DRC applauded changes made since November and recommended the following: 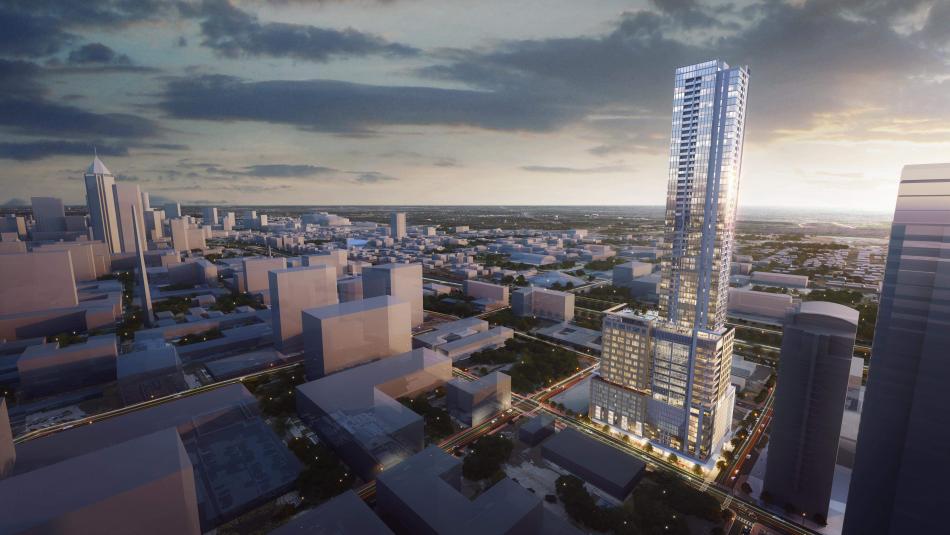 How the 61-story tower would be positioned near the downtown Connector. Rockefeller Group; designs, Brock Hudgins Architects, TVS

What: A sky-rise with 350 market-rate apartments and 212,000 square feet of offices that could be Atlanta’s tallest new building in nearly three decades.

Who: Rockefeller Group, with architecture by TVS Design and Brock Hudgins

Also: Roughly 6,600 square feet of retail is planned along West Peachtree Street. An eight-story parking deck with some 850 spaces would be fully screened with translucent glass, project leaders have said.

Among the most buzzed-about Atlanta proposals in recent years, this skyscraper would help reshape Midtown’s skyline, especially when viewed from the west. According to a meeting recap, Midtown DRC members were “delighted” by updates made to plans since last month. Still, they recommended the following: