More than a decade in the making, one of the most ambitious projects in Central Perimeter history is officially a go.

That’s the word this week from GID Development Group. The national real estate developer, operator, and owner has started construction on what’s planned to eventually be a $2-billion, transit-connected megaproject—and a highpoint of Dunwoody’s transition from drive-to malls and office towers to a more walkable, urbanized district.

The grand plan for High Street calls for transforming the equivalent of 10 city blocks, or 36 acres, near Perimeter Mall.

The first phase, now under construction, expects to deliver a bustling town center within a few minutes’ walk of the Dunwoody MARTA station. Along with an estimated 600 luxury apartments, GID is building 150,000 square feet of retail and restaurant space with an emphasis on patios. 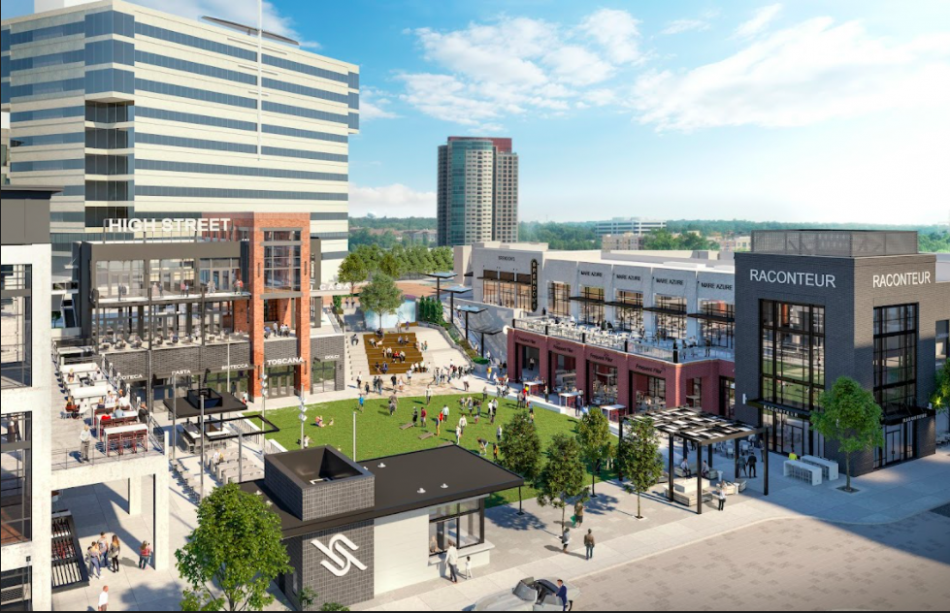 Elsewhere, 90,000 square feet of new Class A office space will join 222,000 square feet of existing offices that are being incorporated into High Street. As a social nucleus, a large events lawn and park—where yoga classes, concerts, and ice-skating will happen—are also planned with the initial phase.

Other facets include streets designed to be bike-friendly and what GID reps describe as “elegant plazas, a distinctive water feature, [and] a signature public staircase,” as outlined in the latest renderings.

Puttshack, a fusion of tech-focused mini golf and nightlife, has signed on as High Street’s first anchor tenant. Puttshack’s Perimeter location, expected to open in 2023, will span more than 26,000 square feet and follow the successful launch of the brand’s first U.S. location at The Interlock in Atlanta’s West Midtown in April.

Morgan called High Street’s locale “unbeatable,” and the “cosmopolitan oasis” a mix of “chef-driven dining, lively patios, and exciting retail … at every corner” where local, regional, and first-to-market national concepts are being recruited now.

The broader vision for High Street calls for 672,000 square feet of Class A offices, a 400-key hotel, plus 400,000 square feet of shops, eateries, gyms, and more. Some 3,000 residential units are also in the cards, per developers. 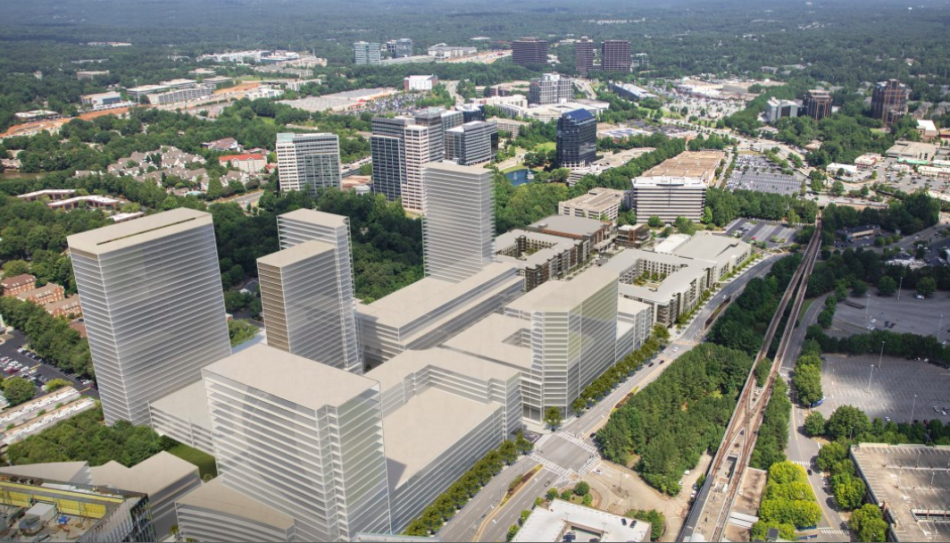 In addition to MARTA rail, the High Street site neighbors State Farm’s massive new three-tower campus in Dunwoody, where more than 8,000 employees are expected to eventually report to work.

Located where Perimeter Center Parkway meets Hammond Drive, High Street is moving forward after years of delays and the exit of former partners North American Properties. It’s a huge component of what Perimeter boosters have described as a post-pandemic boom.