Recent listings have proven that for-sale condos can still be had in the $300,000 range (or much less) in some of Atlanta’s hottest locales, such as Old Fourth Ward and Midtown. Landing a property like that usually requires living in an older building in a one-bedroom unit—if not a downright shoebox.

In the northern blocks of Midtown, a more recent listing at an unsung condo mid-rise  proves there are exceptions to the rule.

Priced at $275,000, Unit 309 at the 1421 Peachtree Condos counts two legit bedrooms, plus a full bathroom and half-bath. The square footage isn’t huge by Atlanta standards—984 square feet—but it would allow for comfortable cocktail parties and at-home yoga that doesn’t put elbows through drywall. 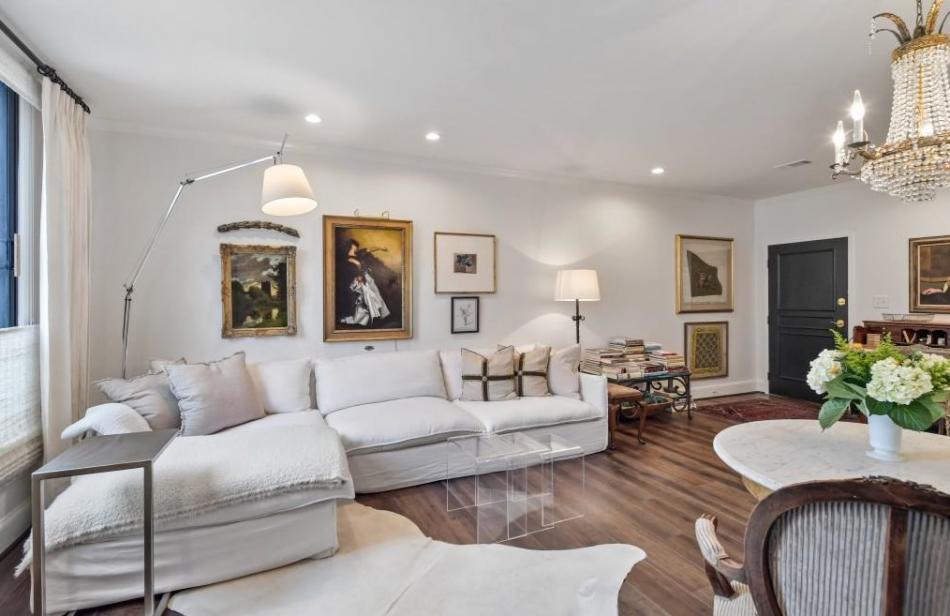 Built of solid concrete in 1960, the 72-unit condo stack stands less than two blocks north of the High Museum of Art, notching a “very walkable” Walk Score of 80 and commendable 75 Bike Score. A car-free Midtown lifestyle wouldn’t be hard to accomplish here, but the condo does come with two deeded, garage parking spaces, plus a storage unit.

The Harry Norman Realtors listing describes the interior as “absolutely stunning” with an open floorplan and "high ceilings," plus a surprisingly large walk-in closet in the owners suite with custom shelves and lights. Other perks include new flooring, a built-in bookcase, and fresh Farrow and Ball paint.

Swapping in more minimalistic décor would surely open up the space. And while the property offers double-pane windows that slide open, it lacks a patio or other outdoor space, unlike most Atlanta condos. A large communal rooftop hangout with 360-degree views, however, helps to atone for that lack of in-unit connection to the outdoors. 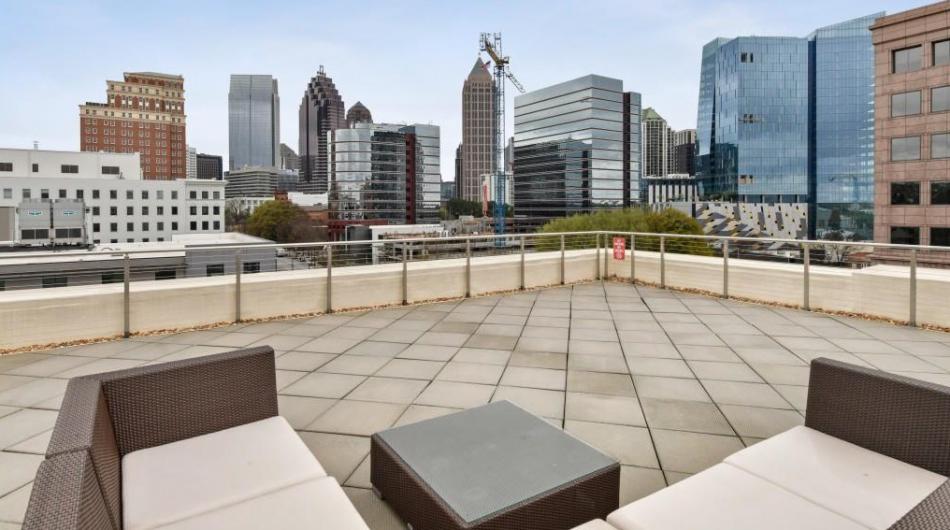 Another consideration: $538 monthly HOA fees. On the bright side, that’s probably a reason the interior common spaces appear so sharp.

The condo’s views are hardly the selling point here, but it’s worth noting that Capital City Real Estate’s 29-story Rhapsody project is expected to begin construction in coming weeks on the lot immediately north, where the windows face.

Have a closer look at what the $200,000s still buy in Midtown in the gallery above.