A Sylvan Hills church that was marketed as being ripe for new housing south of downtown has sold for a million dollars, according to listing services.

The 1950s sanctuary is located a few blocks east of the former Fort McPherson U.S. Army base, where filmmaker Tyler Perry has created one of the country’s largest motion picture studios in recent years.

The church property, located at 1775 Buckeye Street, closed for $1 million on July 1. It was last purchased in 2015 by a company called ISK GA and appears to have been upgraded to some degree since, city records show.

According to LoopNet, the 60,000-square-foot building’s R4 zoning would allow for redevelopment as housing, or uses as a church and school again. It was built in 1955 and renovated two decades ago, per listings.

Inside, there’s a 500-seat sanctuary and full balcony, classrooms, a fellowship hall, and baptismal pool. A large parking lot sits behind the T-shaped structure. 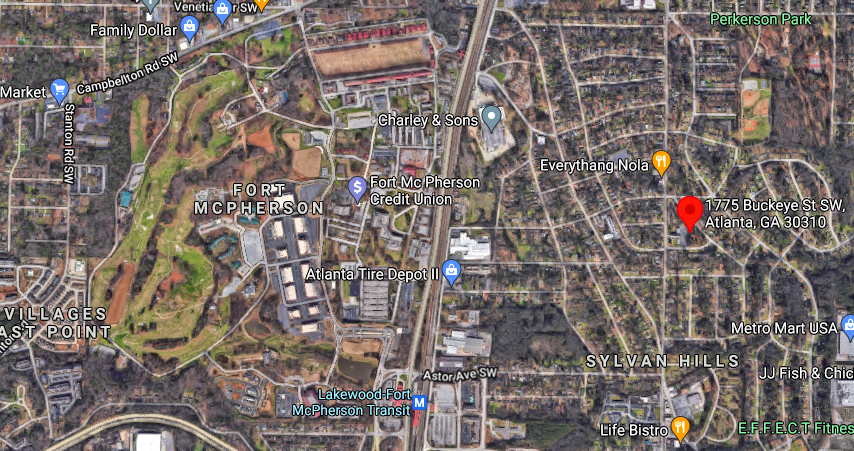 The church property (in red) is just east of Tyler Perry Studios and the ongoing redevelopment around Fort McPherson. Google Maps

What’s to become of these holy grounds isn’t yet clear.

Berkshire Hathaway HomeServices Georgia Properties handled the sale. Our inquiries with them about who bought the church property and what may become of it haven’t been returned. 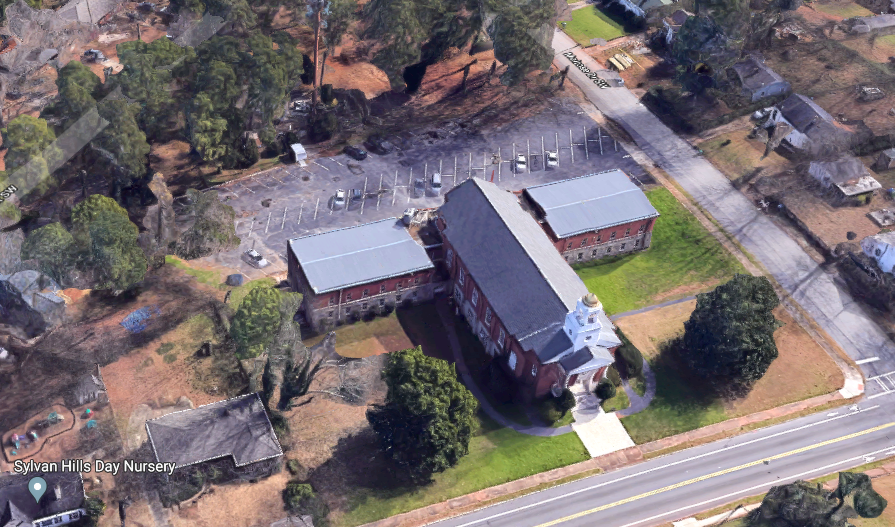 In other recent news from the area, Fort McPherson renderings emerged last month that give an idea what the remaining 133 acres Perry hasn’t developed could become. The filmmaker and a Texas megachurch pastor, T.D. Jakes, are working on separate deals to buy the remaining Fort Mac acreage.

Meanwhile, in nearby Venetian Hills, RYSE Interactive is moving forward with plans to turn a former elementary school property into a $25-million mix of creative studios, incubator space, and affordable housing.