A 1950s commercial property in Midtown has recently come to market with unique proximity to several magnets for intown investment, spanning from Piedmont Park around to new food-and-beverage projects in Boulevard’s pipeline.

Built in 1959, the two-story building at 728 Monroe Drive NE today includes a strip of retailers just north of Ponce de Leon Avenue, a few blocks from the southeastern fringes of Piedmont Park. It's fully leased.

The asking price, as listed with Bull Realty a few weeks ago, is $3.2 million for just over a half-acre of property that counts 41 parking spaces and access from both the east and south. 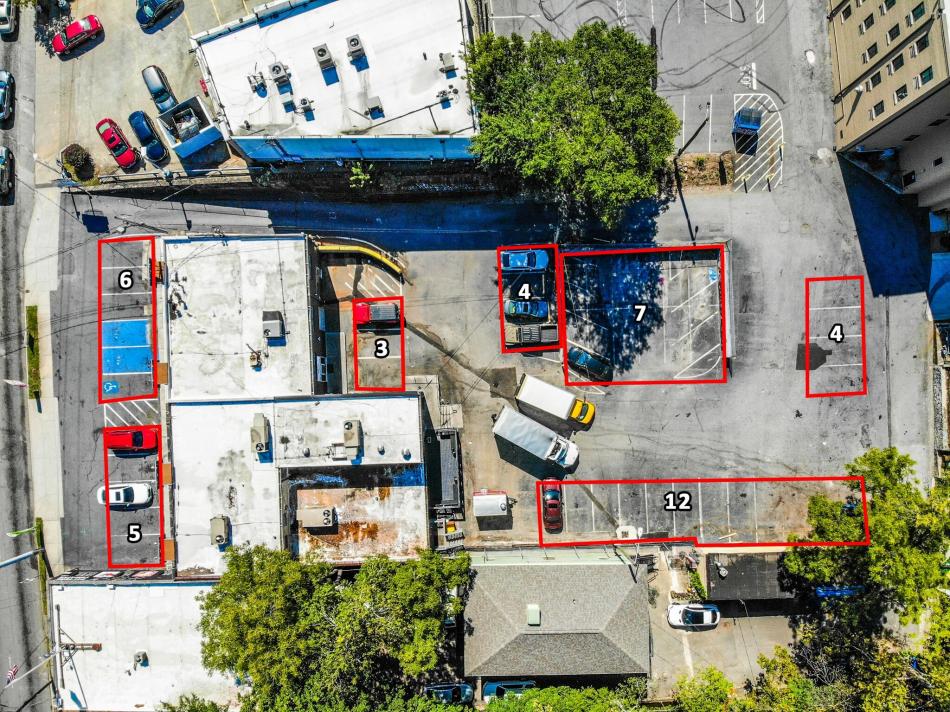 Tenants in the building’s four retail suites include a barbershop, CBD purveyor, a dine-in Big Easy Sno-Balls location, and the anchor tenant since 2016, virtual-reality bar Revery, which recently signed a five-year renewal, per marketing materials.

But according to Bull Realty partner Andy Lundsberg, a half-acre of property in such a location could be fit for more density.

“We do believe this is a future redevelopment site, [as a] covered land play today,” said Lundsberg. “Or you could continue to operate as retail, as it’s in pretty good shape.” 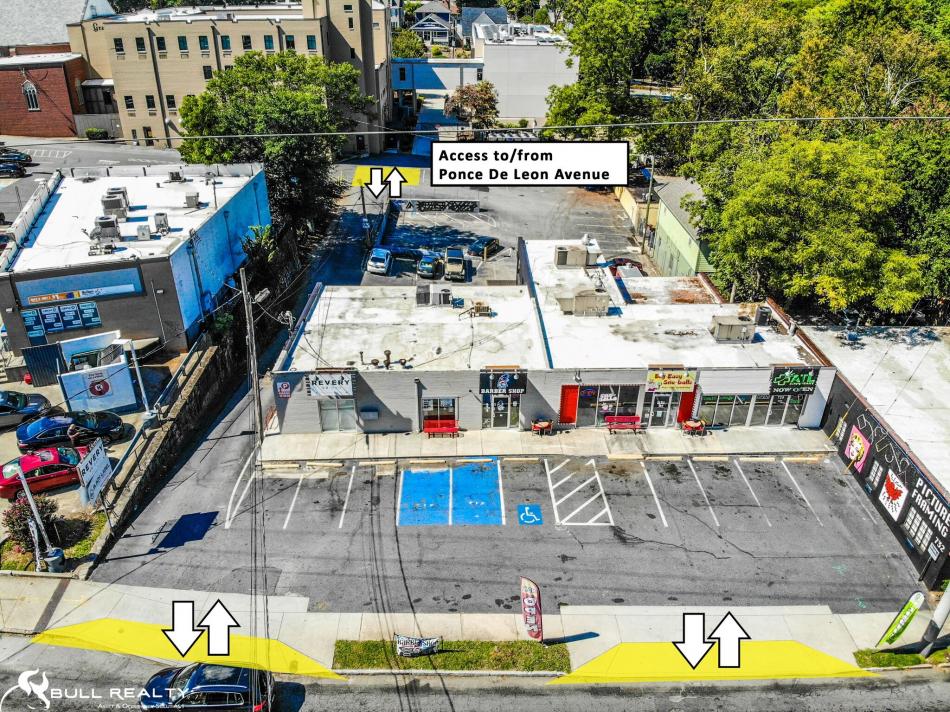 It was renovated five years ago, and more than 17,000 cars drive by on Monroe per day, with another 50,000 vehicles on Ponce, per the listing.

Collectively, the deal is described as a “rare intown investment opportunity,” in between three of Atlanta’s “hottest” neighborhoods. 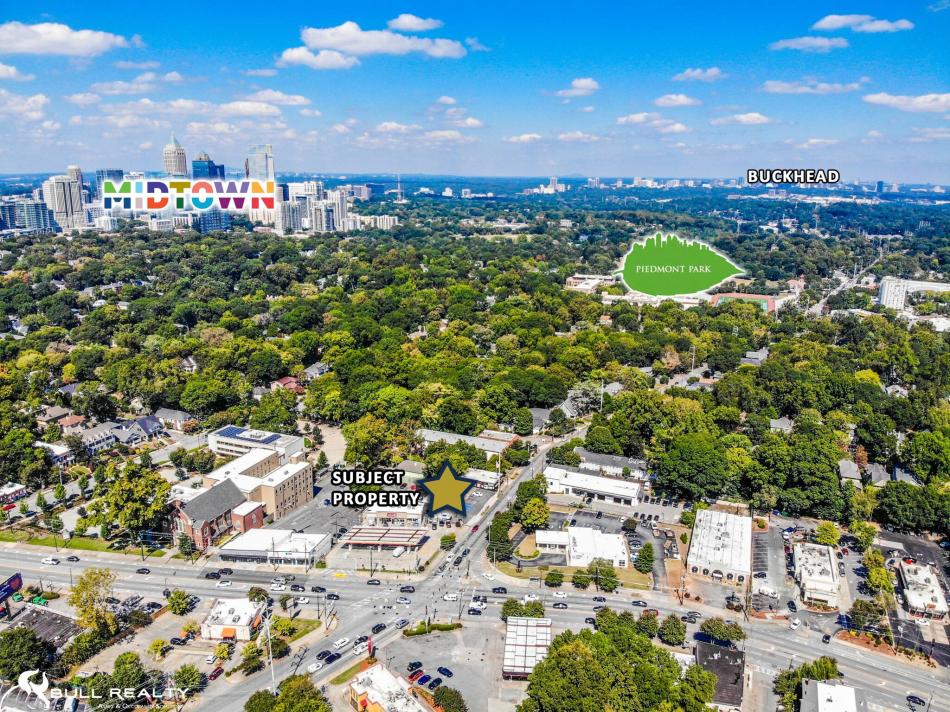 North views over the property toward Piedmont Park and Buckhead. Courtesy of Bull Realty