After more than five years of planning and fundraising, a street expansion project in Midtown that aims to boost connectivity between a MARTA station and major streets is clearing final hurdles before construction.

Plans call for extending 15th Street by two blocks west, toward Atlantic Station, to create a multimodal link from the Arts Center MARTA station to Williams Street, near the downtown Connector.

As is, 15th Street dead-ends at West Peachtree Street, next to the AMLI Arts Center apartment tower, walling off access to the transit hub for sections of Spring Street. The extended street will slip between apartment high-rises and consume part of what’s currently a gravel parking lot. 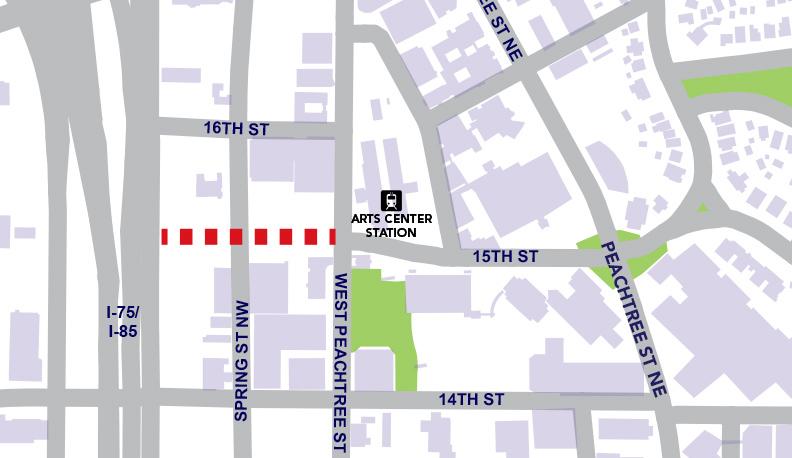 Midtown Alliance officials have recently advertised the 15th Street extension project as a means of soliciting bids from construction companies. All bids are due by September 15.

More than $6 million in funding is in place to build the project, with about half of that coming from Georgia Department of Transportation and federal coffers. Midtown Improvement District funds and City of Atlanta impact fees are covering the bulk of remaining costs. 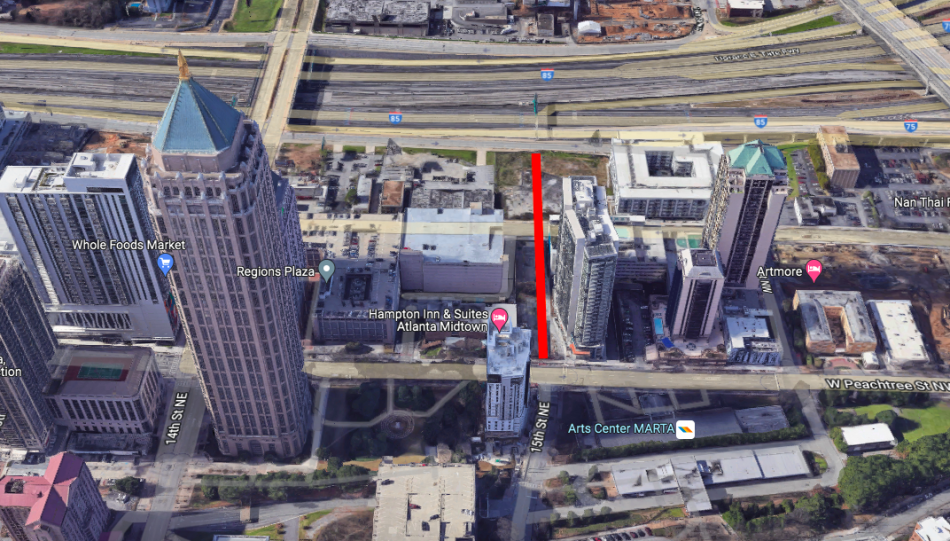 The project will include three new lanes of public roadway between West Peachtree and Spring streets, including two left-turn lanes at both of those one-way streets. West of that, expect a single through-lane in each direction.

Other features will include five-foot-wide bicycle lanes at sidewalk level in each direction, another five-foot zone dedicated to trees and street furniture, and 10-foot sidewalks on both sides of the street. 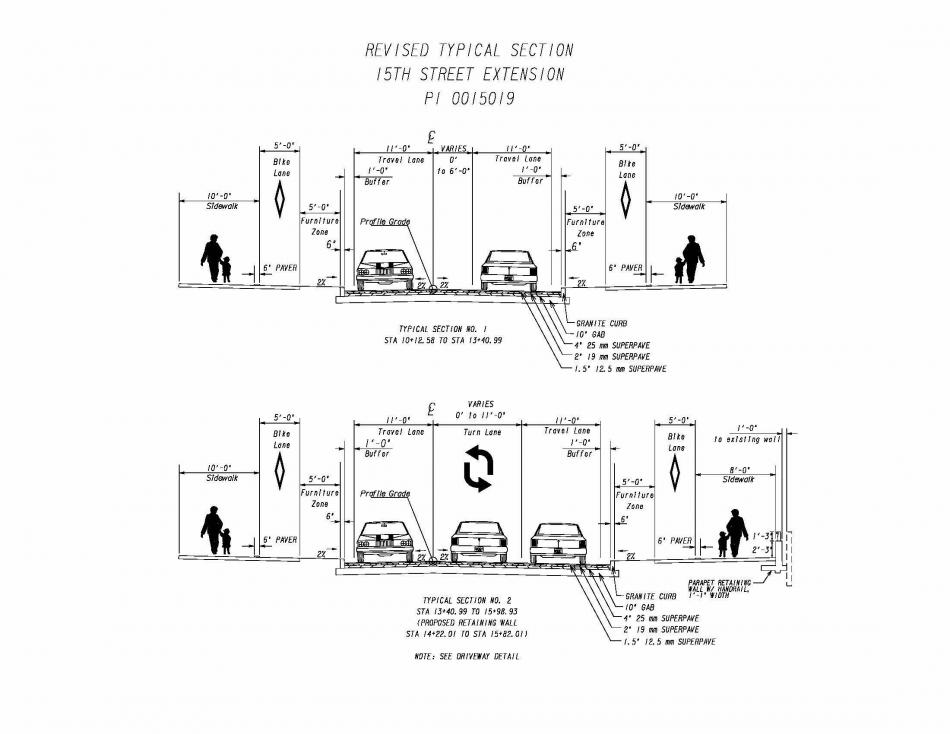 The bike lanes are designed to directly connect with the Arts Center MARTA station, existing and forthcoming residential and hotel developments, and other bike routes in the district, per Midtown Alliance.

After receiving a grant from the Atlanta Regional Commission, city and GDOT officials began work to design the 15th Street project back in summer 2017. Engineering, traffic, and environmental studies took place over the next few years, and in 2021 the project was awarded $2 million in additional federal funding for construction.

Midtown Alliance expects the project to break ground this year and take 18 months to finish, barring any hang-ups. 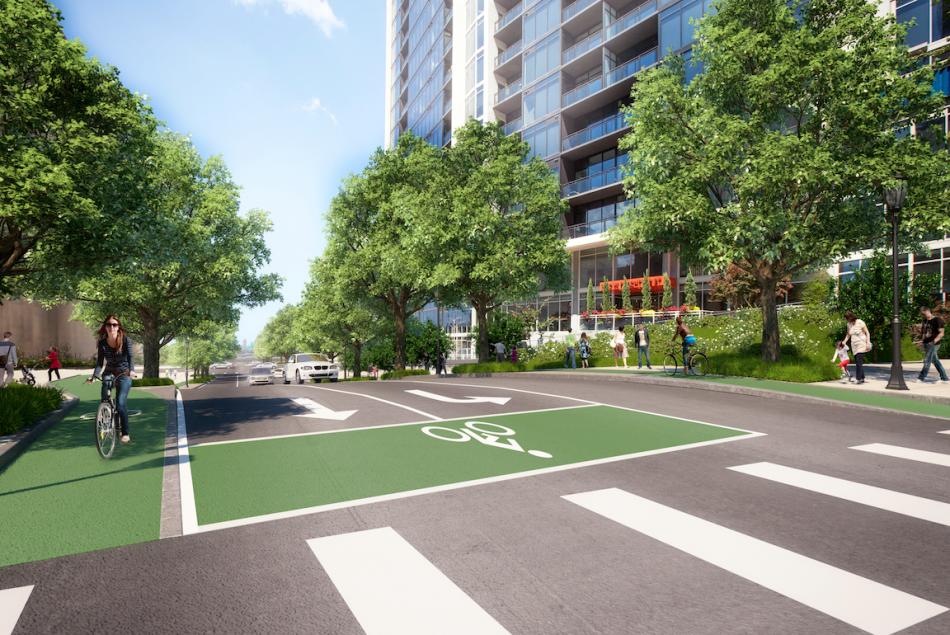 Immediately south of the strip where 15th Street will be extended, Hanover Company is building a 31-story apartment tower along West Peachtree Street with 421 rentals and just shy of 15,000 square feet of retail. Have a look at the project’s construction progress in this recent aerial tour of the area.