Billed as a seven-story alternative to Midtown’s shimmering high-rises, Cotting Court was built in 2001 on the site of the Cotting Estate, formerly owned by one of Atlanta’s most renowned families.

A two-level, north-facing penthouse atop the building that recently came to market retains some of those aristocratic sensibilities—for better or worse—in the form of golden light fixtures, plentiful millwork, towering columns, and massive proportions relative to most Atlanta condos.

Unit 605 at the Peachtree Place building is asking $1.38 million. That buys three ensuite bedrooms and three and ½ bathrooms in a whopping 2,932 square feet. (Monthly HOA dues, given the size, do smack at $1,850.)

According to David Hollingshead, the Engel & Völkers Atlanta listing agent, this is only the second time the penthouse has been offered for sale in more than 20 years. He describes the property as “unique and fantastic.” 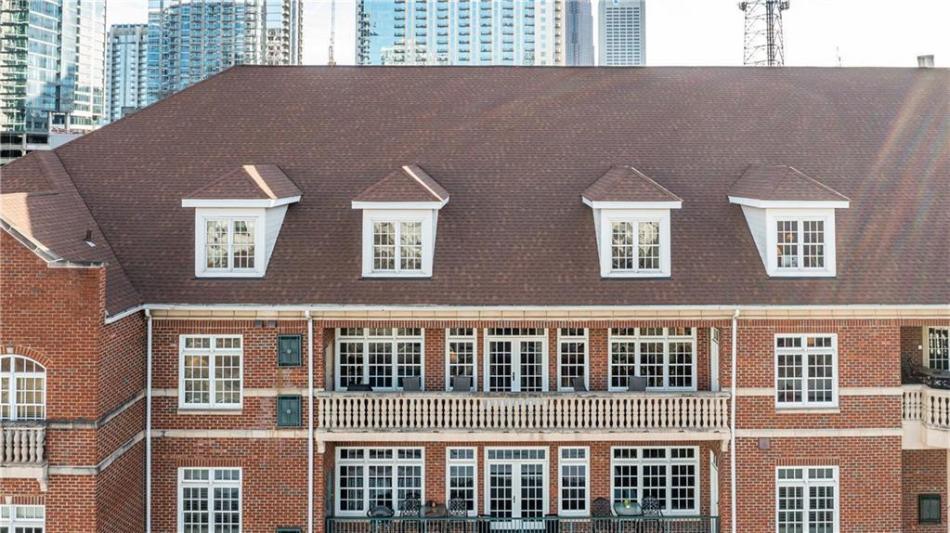 The extremely open floorplan allows for towering ceilings downstairs, a flex area/library for shootin’ pool upstairs, and true separation between bedrooms. The laundry room alone could be a kitchen in most apartments. And the penthouse's updated kitchen includes perks like a Viking fridge and five-burner JennAir range.

One downside is that spellbinding views from the uncommonly huge balcony are set to be partially blocked by Trammel Crow Company’s 30-story Stratus Midtown proposal. 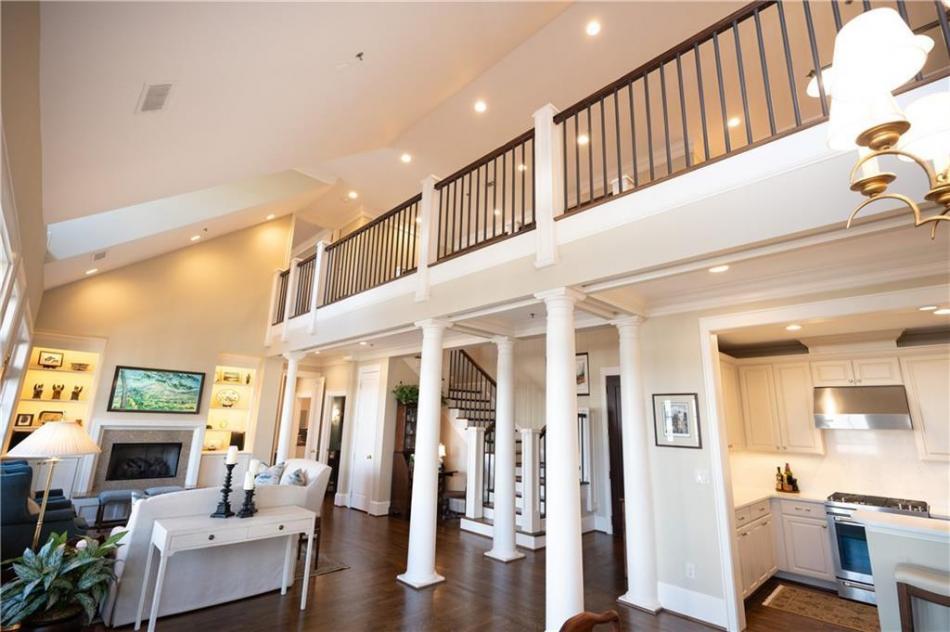 The HOA dues do include concierge services described as “attentive” and “praised by all.” Walkability from the building—a certified “walker’s paradise” with its 92 Walk Score—doesn’t get much better in Atlanta. Although it must be noted (urbanists, close your eyes) that three parking spaces are included.

Not so long ago, a Midtown condo flirting with $1.5 million would have raised eyebrows; today, the Cotting Court penthouse doesn’t even crack the top 10 priciest Midtown condos on the market. Explore further in the gallery above.